Prague Open: What we learned from Simona Halep’s latest clay title, and what you might have missed

Simona Halep did what was expected of her at the Prague Open by reeling in her 21st career title and eighth on her beloved clay. But who else moved the needle? Here are a collection of facts, figures and quotes from the 2020 Prague Open to catch you up on what you might have missed. 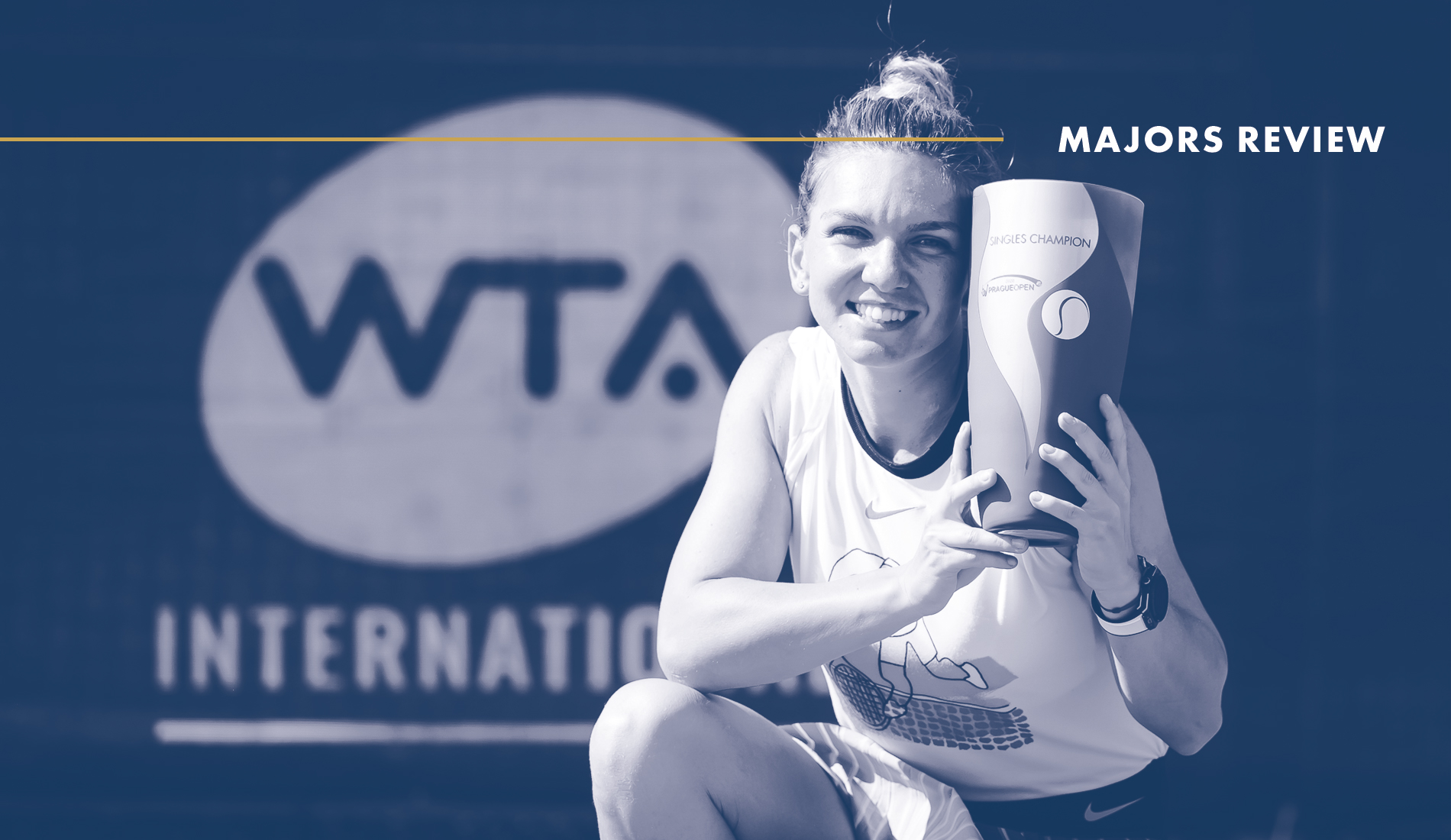 It took the diesel engine a few rounds to get into gear, but Simona Halep gradually moved closer to mid-season form as the first week of her resumed season progressed in Prague. The world No 2 had to battle through two tough three-setters in her first two rounds, but then pulled away from the field over the weekend, capturing her final seven sets to claim her eighth clay title and move into 25th on the WTA’s all-time title list (and fourth among active players) with 21 overall titles.

After her semi-final win on Saturday, Halep told reporters in a virtual press conference that she’s feeling better with every ball she strikes:

“It’s a big difference, I feel more confident, I feel safer on court, I don’t miss, like I did in the first day, but still it’s not my highest level, but I’m working on it and I’m happy that I could improve day by day.”

Halep wasn’t the only player that rebooted her 2020 season in good form. Belgium’s Elise Mertens was impressive in her run to the final, particularly in her three-set quarter-final win over rejuvenated Eugenie Bouchard (6-4, 1-6, 6-4). For her part, the Canadian also showed great form, most notably in her first-round win over Veronika Kudermetova (6-0, 6-3), which was her first Top 40 win in two years.

Kristyna Pliskova, who reached her sixth career WTA semi-final, and Irina-Camelia Begu, who came through the WTA’s longest match of 2020 in the second round against Leonie Kung (6-7, 7-5, 7-6), also showed promise.

Speaking of that three hour and 28-minute marathon… Begu battled feverishly with Kung, a fast-rising 19-year-old from Switzerland, and saved three match points to survive the epic encounter. It’s a wonder the Romanian had any energy left to dispatch Sara Sorribes Tormo in three sets in the quarter-finals, but she got it done. Irina-Camelia Begu and Leonie Kung now own the distinction of having played the WTA’s second-longest match of 2020 (Heather Watson and Elise Mertens played for 3:33 in Hobart in January). 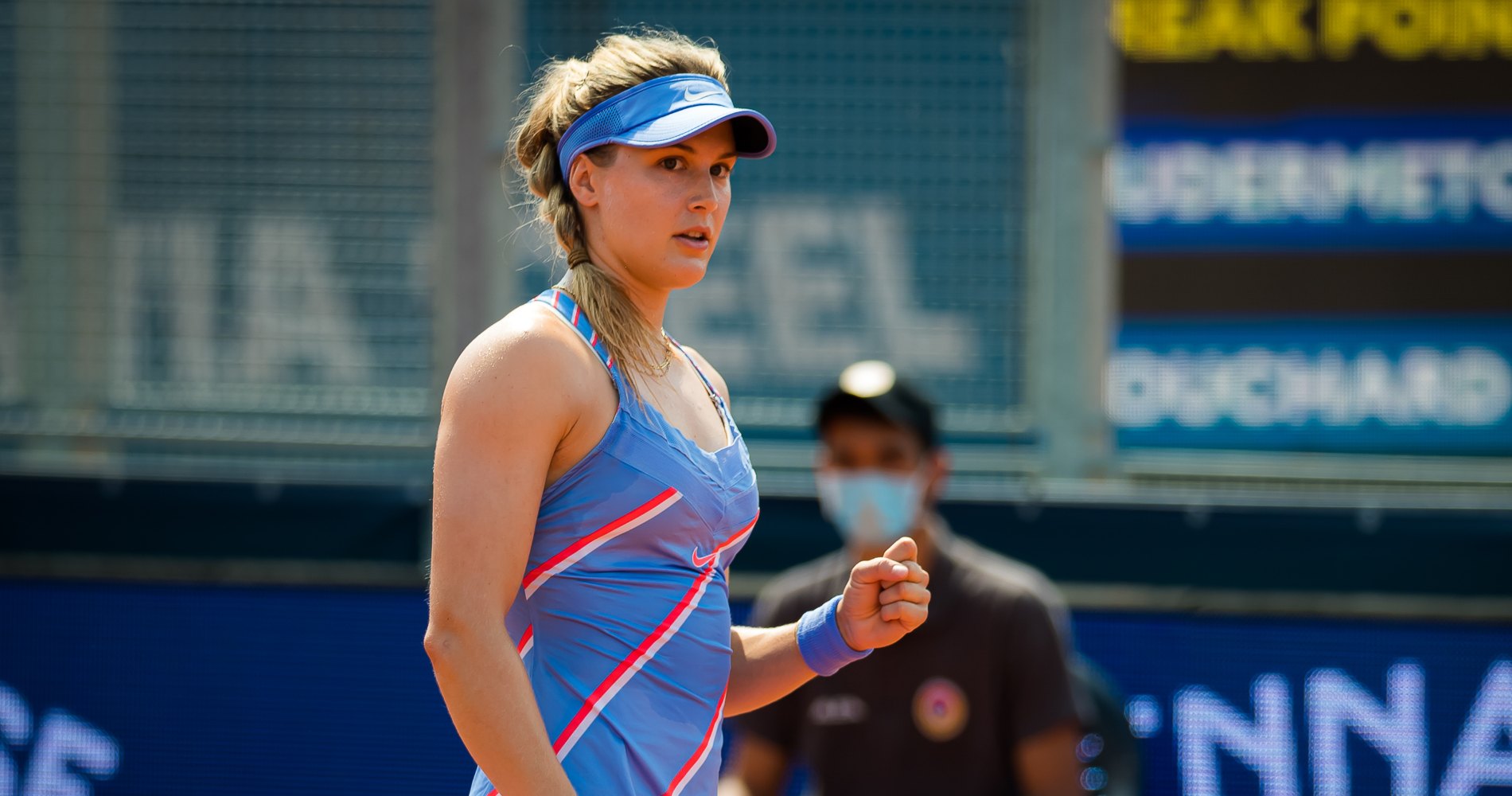 Simona Halep is just 28 years old but already she has moved into the top 25 of the WTA’s all-time title list. The Romanian passed Agnieszka Radwanska and Victoria Azarenka on the list and now sits three behind Jana Novotna for 24th. Halep currently ranks fourth on the WTA’s active title lists behind:

The punchline by Genie Bouchard

“If I do the right thing I know I’m going to be better than where I am today.”

The Canadian turned a wildcard into a quarter-final run and nearly edged Elise Mertens to reach the semis. It’s a big improvement for Bouchard and she’s eager to have the chance to get her career back on track as the tour resumes this summer.

Bouchard links up with Rennae Stubbs and Gil Reyes, will it be the trick?

Bouchard told reporters that she spent all of her quarantine in Vegas working with Gil Reyes, who was the former trainer for Andre Agassi back in the day. The Canadian, who started the week at 330 in the world (272 as of Monday), is now fully recovered from a wrist injury and is taking a very positive approach to her tennis at the moment.

“I think it’s important to have goals, specific rankings goals for sure, but it’s not something I focus on every single day, because I can’t control that today – it takes time.”

Bouchard confirmed that her relationship with Stubbs, the former doubles star and coach of Karolina Pliskova, was on a trial basis due to the uncertain nature of the season at the moment. That said, she says so far the pair have gotten on quite nicely.

“I really like Rennae, she has a lot of experience and a lot of energy too,” she said in a virtual press conference from Prague. “I try to do what she says and so far it’s been going well. She really believes in my game and we’re just trying to improve some things and keep fighting.”

“I first worked with her at the exhibitions in Charleston and Lexington and that was kind of a trial,” she added. “We stayed in touch while I was at World TeamTennis, I was there for almost a month, we stayed in touch and she was watching most of my matches. I just asked her if she could come here [to Prague] and she said ‘Yeah, of course.’ We have nothing specific set in stone for the upcoming rest of the year, just because obviously the year is so unpredictable. We’re just kind of taking it week by week right now, but so far I love working with her.”

Could the former World No 5 and Wimbledon finalist finally be ready to recapture a sliver of her former glory? She’ll have to rely on wild cards to pick up tour-level playing opportunities this summer, as she’s currently ranked just a smidgen inside the top 275.