Daniil Medvedev in 2020: Finishing with a bang

Following some rough patches earlier in the season, Daniil Medvedev finished 2020 in perfect fashion by winning 10 straight matches to capture titles in Paris and London. 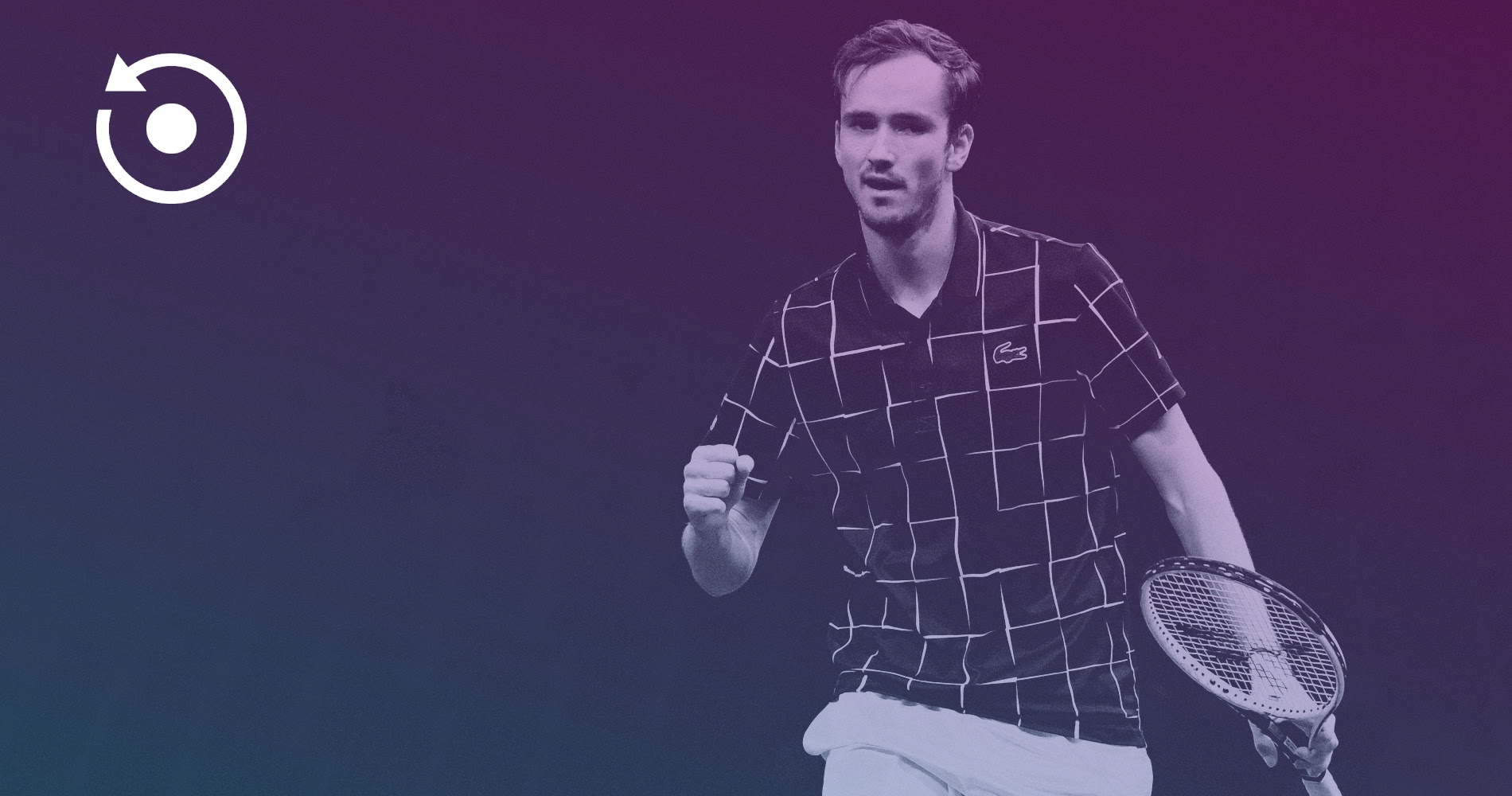 Daniil Medvedev struggled at times in the truncated 2020 season but the Russian finished in the best possible fashion by going undefeated at the Nitto ATP Finals in London.

The jolt of confidence he received dovetails, though, with yet more expectations from onlookers and likely himself. Indeed, will the man nicknamed the ‘Octopus’ achieve tennis’ ultimate glory and win a maiden major next year?

Medvedev was simply outstanding at the ATP Finals, posting a 5-0 record and becoming the first men’s player to beat the top three in the rankings – in this case Novak Djokovic, Rafael Nadal and Dominic Thiem – at the same edition of the year-end championships. And only three other players had done it at any men’s event in the past 30 years.

Medvedev might have benefited from some good fortune against Nadal as the Spaniard uncharacteristically couldn’t serve out the semi-final, but overall in London lady luck wasn’t really a factor. He once again proved that he has every shot in the book, even hitting an underarm serve against Alexander Zverev in the group stage and winning the point.

Medvedev’s sizzling second half of 2019 was highlighted by making his first Grand Slam final at the US Open, where he extended Nadal to five sets after trailing by two sets and a break. He obviously loves playing in the Big Apple, as Medvedev advanced to the semi-finals this year. He got there by dispatching his pal and compatriot Andrey Rublev in a high-quality three-setter only to fall short against Thiem in an entertaining three sets (6-2, 7-6, 7-6).

Medvedev failed to serve out the second and third sets on what was a frustrating day for the 24-year-old. Earlier, in the first set, an angry Medvedev received a warning from the chair umpire after he wasn’t allowed to challenge a serve he hit on break point that was long. There was no call, Thiem’s return went in play, and Medvedev casually hit the ball into the net thinking the serve was out.

Despite coming up short, he backed up his showing in New York from 12 months earlier.

With the coronavirus pandemic scuppering a huge chunk of the campaign, Medvedev, realistically, was never going to match his haul of nine finals in 2019.

But it took him until November to claim his first title of 2020 at the Paris Masters. Getting through his first two rounds proved crucial — Kevin Anderson, who topped him days earlier in Vienna, Austria retired at 6-6 in the first set and Medvedev had to rally from a set down to oust Alex de Minaur.

His level rose before a comeback win against Alexander Zverev, his German opponent saying a thigh injury hindered his quest for the title.

Medvedev ended the season by posting a 10-match winning streak. Besides the wins over the top three in London, he downed Zverev and Diego Schwartzman, just as he did in the French capital. 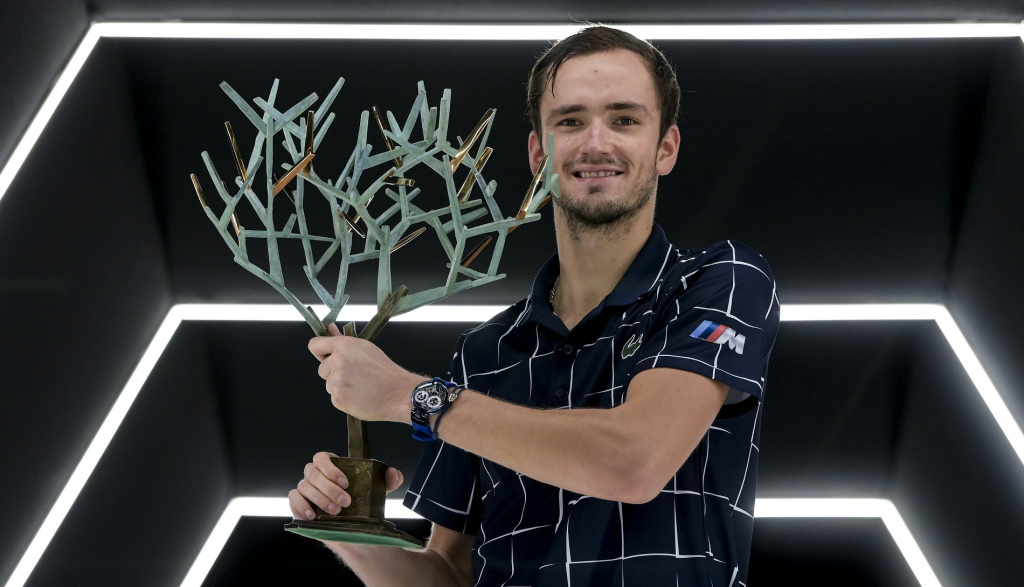 Medvedev’s defeat to Thiem at the US Open began a stretch where he lost five of eight matches. That included his lone two outings on clay — his least preferred surface — as he was bundled out by Marton Fucsovics in four sets at Roland-Garros.

There’s no shame in losing to a Grand Slam winner, as Medvedev did against Stan Wawrinka in the fourth round of the Australian Open, but fresh off his terrific and breakthrough 2019 he probably hoped for more in Melbourne. And especially after he led the Swiss two sets to one.

Ahead of the ATP Finals, Medvedev was asked for some film and TV recommendations. His picks? ‘V for Vendetta,’ ‘How I met Your Mother,’ and ‘Two and a Half Men.’

After winning the London title, Medvedev joined the Twitch stream of Andy Murray and Gael Monfils. One topic of discussion was Medvedev’s trademarked victory “celebration” in which he shows no emotion. The Russian explained that he will show emotion when he wins…but only at video games.

Self assessment: ‘Great boost of confidence’

Medvedev felt he wasn’t playing that bad ahead of the Paris Masters but his performance in London has him understandably excited for 2021.

“I think, yeah, it can give me a lot for my future career,” he said. “To beat Dominic the way he played and to manage to beat him is probably my best victory of my life. Not even talking about the title itself. To win a Masters, being undefeated, honestly I know I can play good, but I would not believe it if you would tell me this before the tournament. So a great boost of confidence for all the Slams coming up and all the tournaments. Hopefully I can continue this way.” 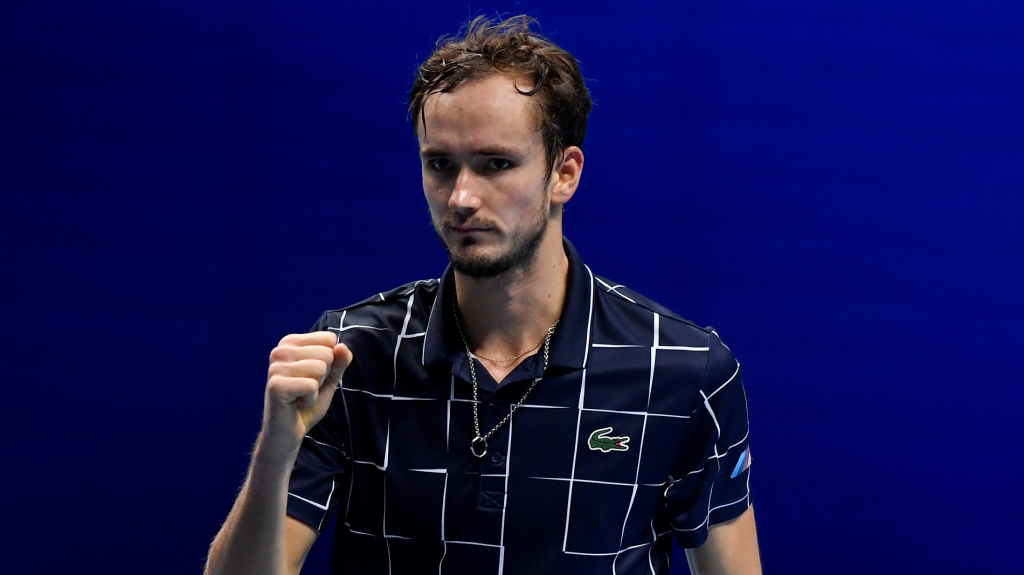 You can understand why Alison Riske, a former Wimbledon quarter-finalist, called Medvedev her favourite player to watch. Is there any shot he doesn’t have or any tactic he won’t employ? When things weren’t working against Thiem in the finale in London, he began looping forehands and came to the net immediately after hitting drive backhand returns. He served and volleyed, too, while playing his unbelievable defense when needed.

But will 2021 be the year a first Grand Slam title follows? There is work to be done. It’s worth noting that he hasn’t made a Grand Slam quarter-final outside New York or won a fifth set. He’ll no doubt continue to make strides on clay and grass, though winning either Roland-Garros or Wimbledon next year seems unlikely. Thus it comes down to Djokovic’s stronghold of the Australian Open, or the US Open, where the field could be heftier than this season.

If he maintains or comes close to his 2020 end of year form, Medvedev will certainly be in the mix. But no matter what happens, he’ll continue to be fun to watch.