Rome Masters recap: Djokovic’s win, Nadal’s loss, and what you might have missed

Novak Djokovic won a record 36th Masters 1000 title, Diego Schwartzman and Denis Shapovalov played a blinder and Rafael Nadal looked a little vulnerable on his first outing since February. Here’s a recap of what you might have missed in Rome. 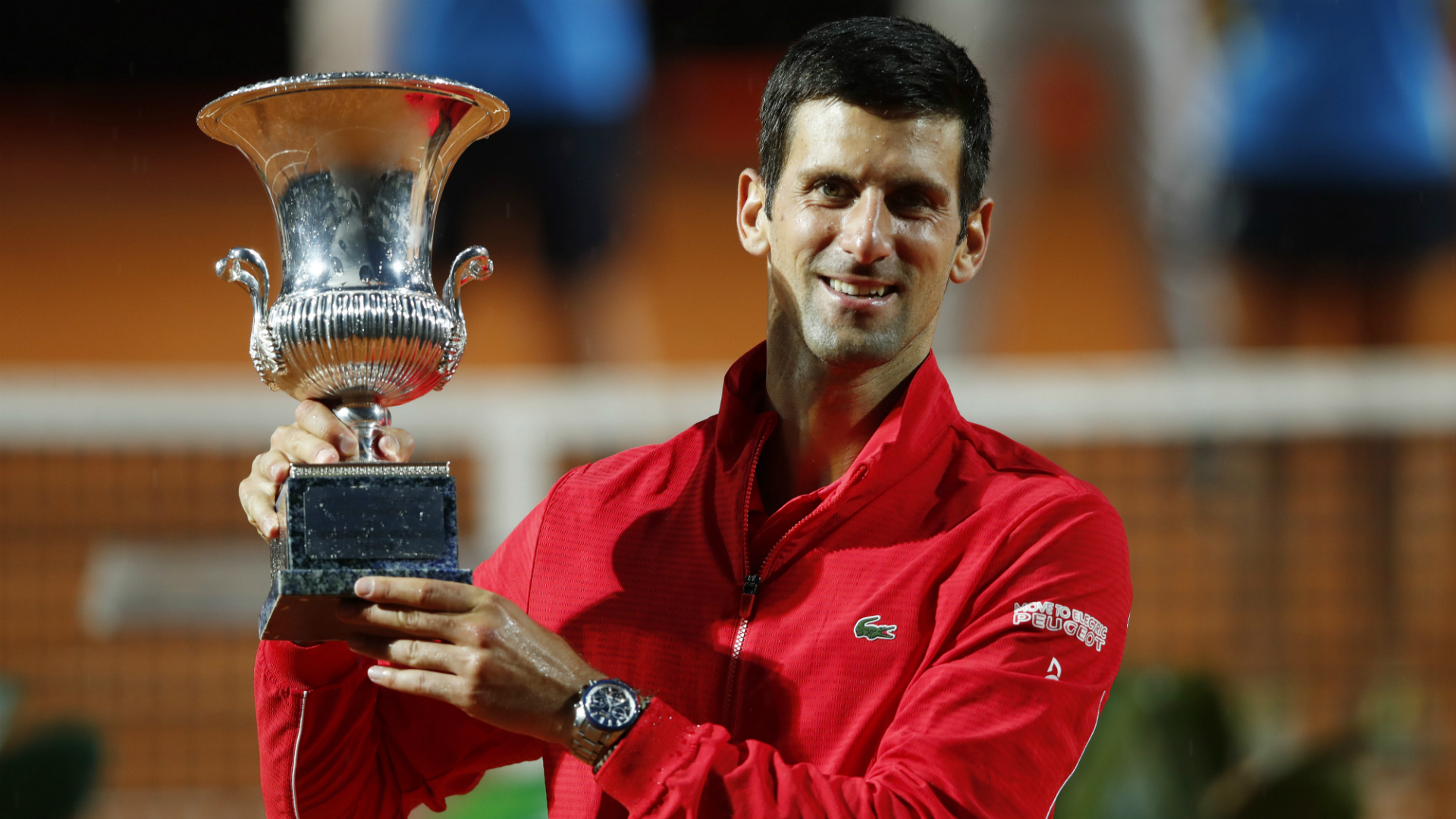 Novak Djokovic has been in the spotlight throughout his career but even more so following a controversial default in the US Open that saw his win streak in 2020 snapped. He picked up right where he left off, form-wise, in the Rome Masters as he won the title for a fifth time to complete the perfect tune-up for Roland-Garros.

The 33-year-old was the standout player of the tournament, especially carrying the emotional burden and having the target on his back as the favourite heading in. It wasn’t all smooth-sailing for the world No 1, though, with two long and tightly-contested first sets against Filip Krajinovic and Casper Ruud, a dropped second set against Dominik Koepfer and starting 3-0 down to Schwartzman in the final. But he showed his prowess, dropping just the one set in all as he made the perfect start to the brief clay-court season. 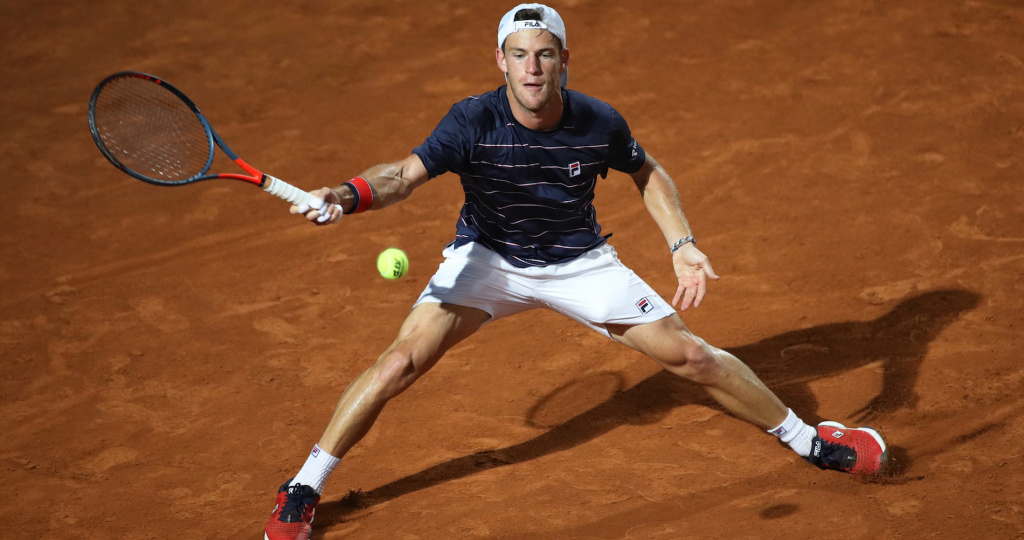 Shapovalov vs Schwartzman, Internazionali BNL d’Italia match of the week

The three-set affair between Denis Shapovalov and Diego Schwartzman was the definition of back-and-forth, a mix of sensational hitting and stunning movement. Shapovalov had accrued a lot of court prior to their semi-final match with two three-setters, while Schwartzman was coming off a marquee win against Nadal. Both players served for each of the first two sets but they were broken and subsequently broke back right away to grab the set anyway. The third was simply a break fest — six breaks out of 12 games played, and eight of the 11 points in the tiebreak were mini-breaks. It was the Argentinian who booked a final spot against Djokovic by mini-breaking Shapo twice to finish the roller-coaster match. 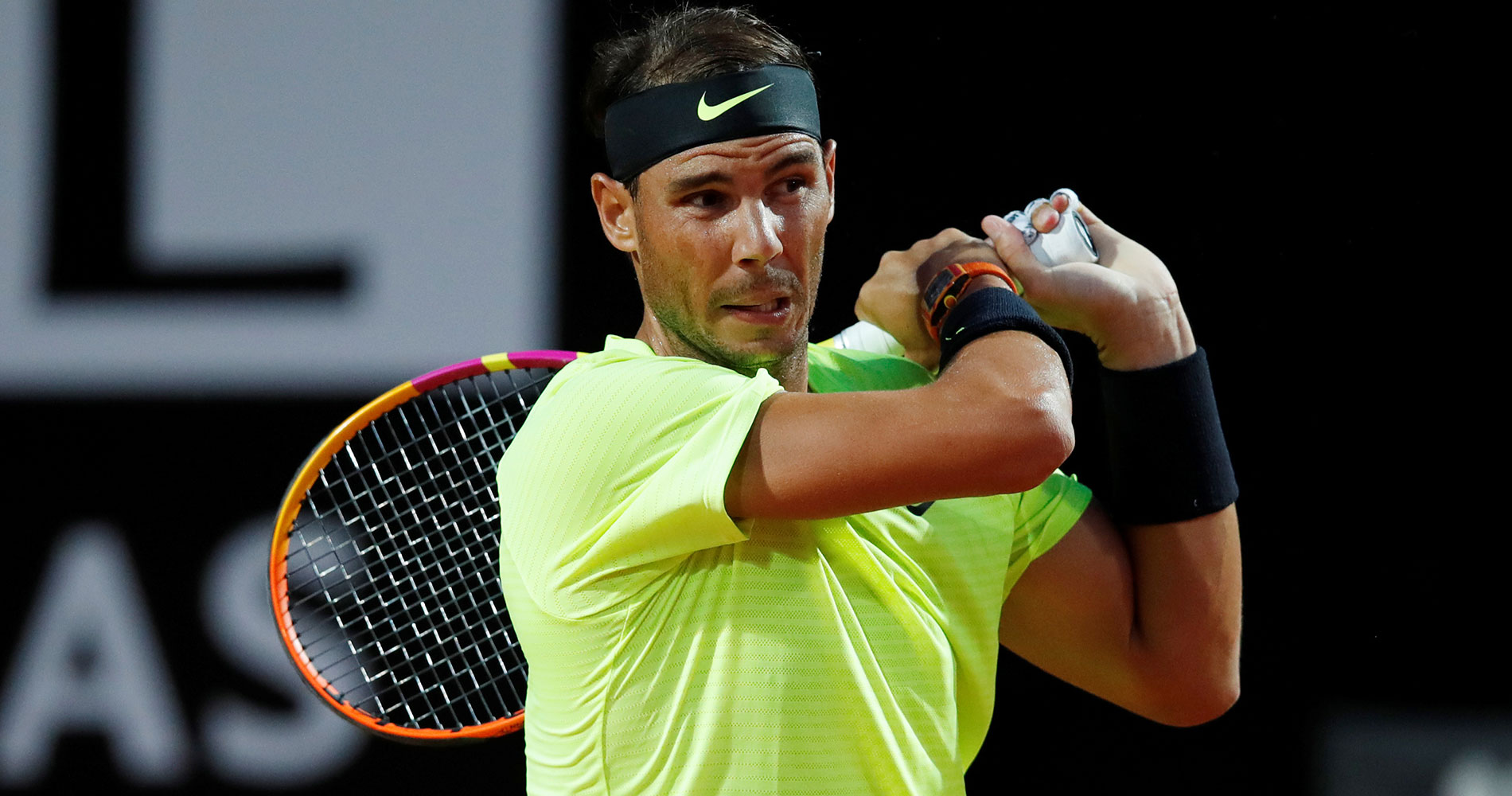 Nine-time Rome Masters winner Rafael Nadal did not have the tournament most people expected, bowing out early (by his standards) to Schwartzman in the quarter-finals. Nadal, who opted out of the US Open, made his comeback on familiar territory, but it was different this time.

The one thing going against Nadal the most is actually the weather of this clay season. Instead of late-spring, early-summer, the clay season has shifted to a colder and more humid late autumn — still viable for outdoor play, but the conditions of the clay are vastly different. Though it was a hot week in Rome, when the sun went down, the temperature dropped and the bounce on clay slows down; Nadal’s forehand, which is reliant on its topspin, became less potent with a bounce that’s less sharp.

Schwartzman deserved a huge amount of credit, though. He was totally committed, trading blows with Nadal from the baseline, which few people have been able to sustain over the years. The Argentinian just kept returning shots back, was aggressive and barely committed any errors, showing the world a way to knock the king off his perch, albeit with the help of swapping the summer heat for autumn breeze. Nadal fought tenaciously in the second set but his serve was below-par and there is plenty of work to be done if he’s to win a record 13th Roland-Garros title. 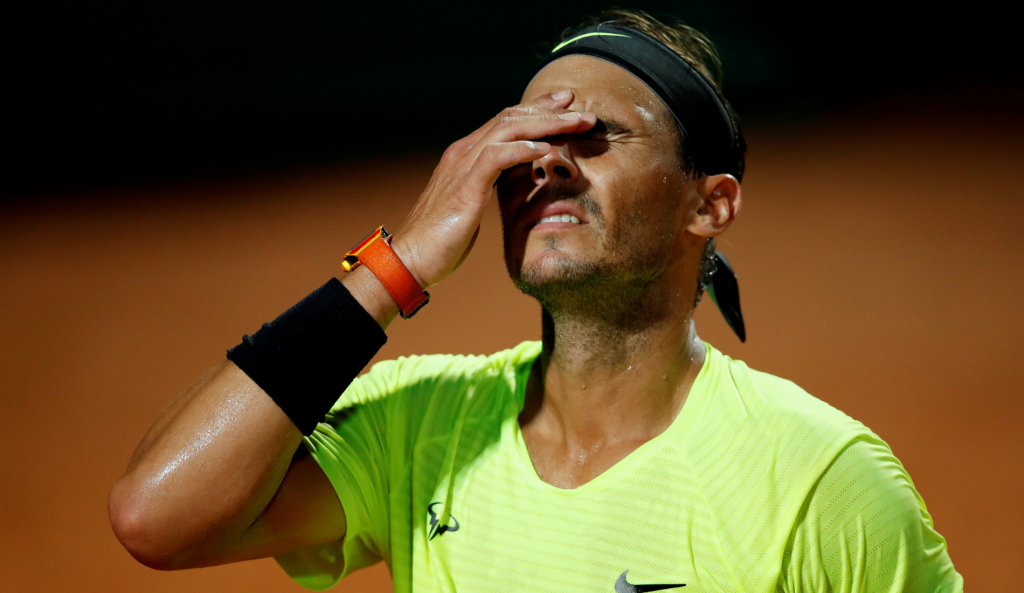 Despite bowing out in the quarter-finals, Nadal is still the favourite going into the French Open, at least according to Djokovic. The massive difference conditions certainly will make things a lot more interesting, though.

“It’s Nadal, even though he lost this week, a lot of people will agree that he’s the No 1 favourite,” Djokovic said. “The record that he has there, the history of his results, you just can’t put anybody in front of him. But, definitely, Diego showed that Nadal is beatable on clay, the conditions that they played on, obviously heavy clay, not much bounce, humid, night session, we are going to have that as well in Paris. Night session, under the lights, as I said a little bit less bounce. I don’t know… I’m pretty sure that he does not prefer that to a high bounce. I know he likes the high bounce, he likes the hot and warm and fast conditions where he can use his spin a lot.

“Let’s see. It’s going to be interesting. Even though he’s the No 1 favourite there are players that can win against him there, it’s obviously best-of-five, so you have to be really fit to be able to achieve that.”

The tournament is in a vastly different situation in the grand scheme of things. For one, conditions made a lot of difference with the preferred style of play on clay and the reactions and bounces of the ball. On the other hand, players are coming in with way less clay-court preparation — instead of having Monte Carlo and Madrid preceding Rome, it was a hard pivot for players going from hard to clay and it took huge adjustments.

As the matches moved to a slower pace and surface, players like Schwartzman, who can hold his own from the back, were able to make a big run. 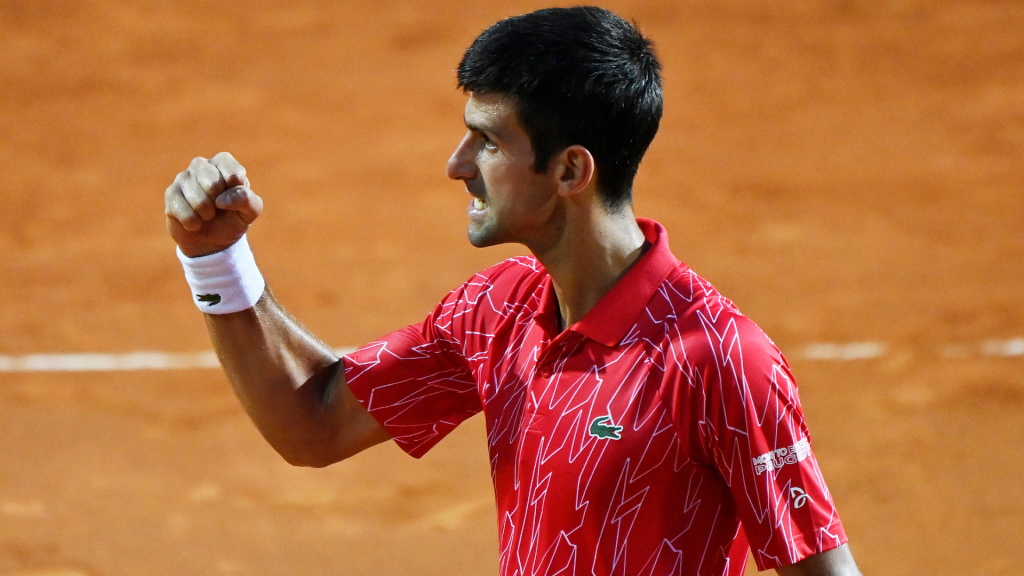 A look ahead to Roland-Garros: players on form

The new court conditions definitely switch things up stylistically. Djokovic, Schwartzman and perhaps Berrettini will carry form with them, but things are not clear-cut yet, with Daniil Medvedev and Roberto Bautista Agut playing Hamburg this week and Dominic Thiem, the US Open champion and runner-up in Paris in each of the past two years, resting until Roland-Garros itself.

An interesting case can be made for Shapovalov. The young Canadian made an impressive to the semi-finals but he also ran through some trials and tribulations, specifically with his shot selection in matches and the ensuing emotional tussle. Toward the latter part of the tournament, though, he got better and better and his attacking style and heavy shots can possibly bypass the slow clay and still be potent — he just has to string a consistent run together.

With the now-limited preparation coming off the summer hard court stint, the French Open could look vastly different in terms of readiness and some players being back on track earlier than others.