Victoria Azarenka in 2020: Former world No 1 back to her best

Victoria Azarenka came out of the coronavirus hiatus like gangbusters, compiling a 12-1 record in the New York bubble. Here’s our review of her season. 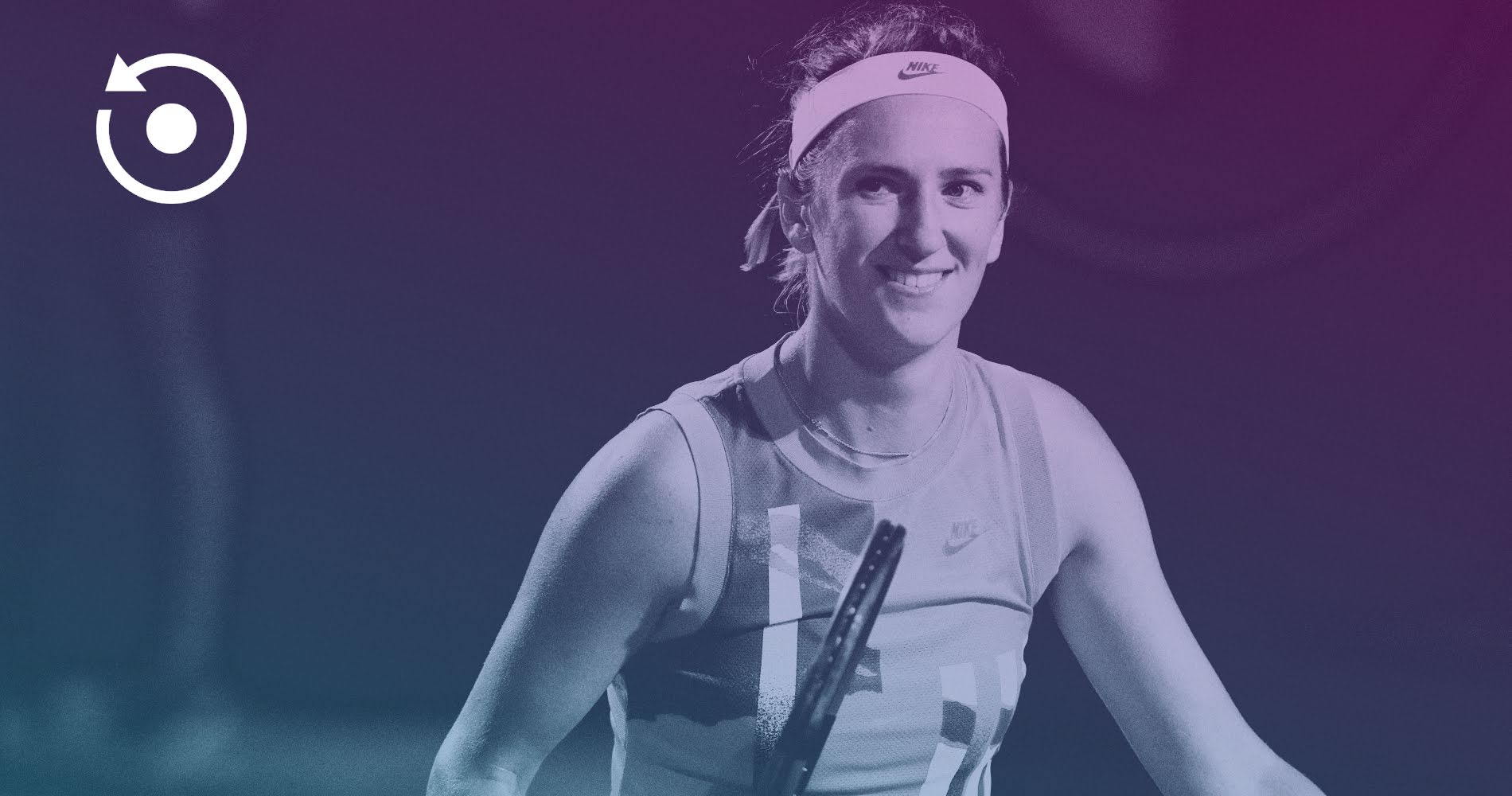 After a couple of years in the tennis wilderness following the birth of her son, Leo, and a nasty custody battle that limited her travel opportunities and affected her emotionally, Victoria Azarenka bounced back to her best in 2020 — reaching her first Grand Slam final since 2013. In fact, with a couple of exceptions (most notably an early loss at the French Open) Azarenka was on fire from start to finish once tennis returned from the coronavirus hiatus.

Azarenka’s victory at the Western & Southern Open in August was her first title win since 2016 and a clear message that after a difficult few years, she was back. It is also came from completely out of nowhere. In fact, the 31-year-old had not won a single match in between Cincinnati last summer and Cincinnati this summer. That’s right; not one match! The only shame regarding Azarenka’s run to the title was that Naomi Osaka withdrew from the final because of injury to deny the event a fitting conclusion.

Naomi Osaka has withdrawn from the title game due to left hamstring injury and @vika7 secures the #CincyOpen title by walkover.

✅ First title since 2016 Miami
✅ Back to Top 30 on Monday
✅ First title after her comeback pic.twitter.com/iqOnI6L5Hs

Having performed so well at the Cincinnati event, which was played in the Flushing Meadows bubble, Azarenka carried over her form to the US Open itself, taking out Iga Swiatek, Elise Mertens and then — most impressively of all — Serena Williams in the semis to reach her first Grand Slam final since 2013. Seven years on, she took the first set from Naomi Osaka in the final but was eventually beaten in three.

Everything about the bubble was a smashing success for Azarenka — well, except for the fact that she lost her last match, to Osaka in the US Open final. Still, a premier title (Cincinnati) and a Grand Slam runner-up performance is about as good as it gets and a reminder that the former world No 1 is still a force to be reckoned with. 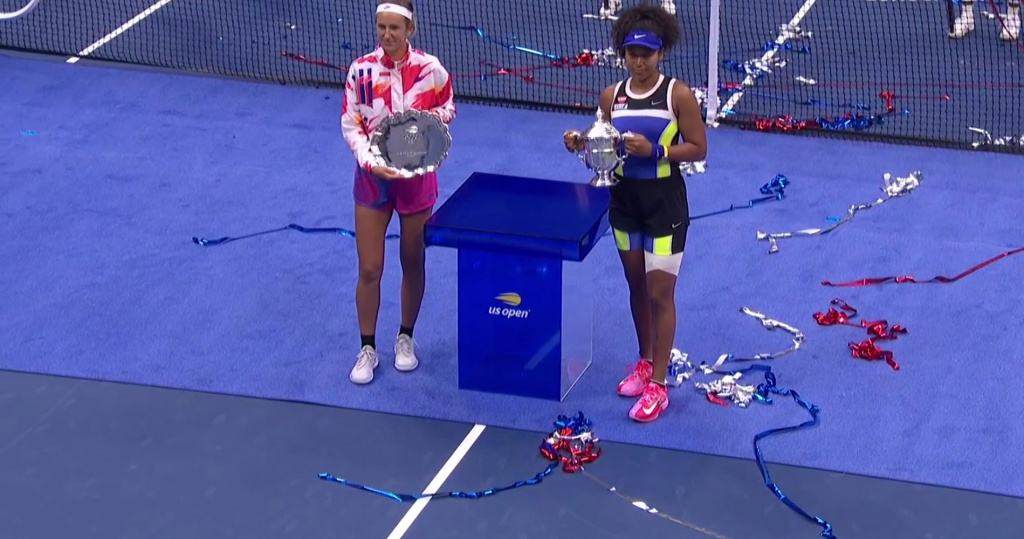 As the WTA Tour resumed after the coronavirus break, Azarenka lost in the first round in Lexington, beaten by Venus Williams. The 40-year-old American is a legend of the game, of course, but that was her only win of a very poor 2020, so it would have hurt Azarenka even more. As result of that setback, Azarenka went into Cincinnati having not won a single match in an entire year. Nothing foretold what was about to come….

Speaking of surprises, no one would have expected what happened when Azarenka — arriving late in Rome after reaching the US Open final — scrambled through her first match against Venus Williams to set up a clash with Australian Open champion Sofia Kenin, a player far happier on clay than she is. But Azarenka proceeded to double-bagel the American in just an hour. Even though it was a flawless performance, Azarenka was typically understated.

“I wasn’t feeling very good in the warm-up today, but it worked out in the match,” she said.

Balancing being a mother on tour is not easy, but Azarenka makes the time for both. With no fans in attendance at the US Open, she was able to peacefully watch other matches in Arthur Ashe Stadium with her son by her side.

Self-assessment: “I have fun on the court”

This is what Azarenka had to say after reaching the Ostrava final — her last tournament of the year.

“I think I am very sure of what I can do. I think the next step is to carry out this assurance and stay disciplined to do the consistent work that I do. The whole point is enjoying your work and your process. I think it’s very easy to say, but when you actually feel this and live this, that’s the most fun. To really enjoy this moment…. I’m very happy with the fact that I play every point like it is my last point and I think that makes a difference for my opponent. I think I make it very difficult for them to earn something on the court, and I will continue to do so.” 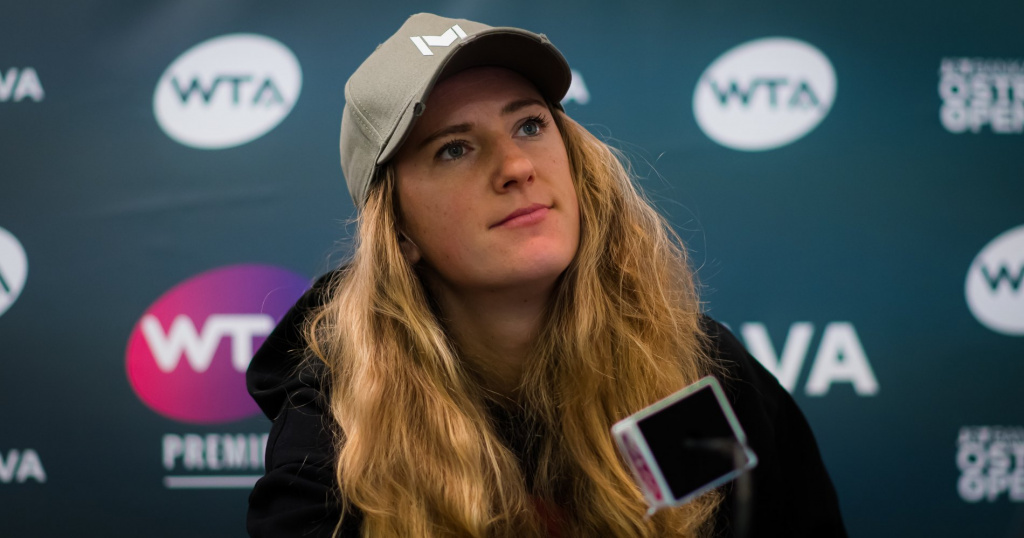 Azarenka is back. The Belarussian, who won her two Grand Slam titles in 2012 and 2013, had been out of the limelight in recent times, mostly the result of a difficult custody battle over her son — which affected her travel options and her ability to play her best tennis. But with her personal life sorted out, she was free to concentrate on her tennis and her obvious quality was there for everyone to see in Cincinnati and especially at the US Open, where her performance in taking down Serena Williams was one of the best of the year.

She maintained her form in Rome and although she disappointed at Roland-Garros, clay has rarely been a happy hunting ground. With her motivation strong, an offseason and a return to Australia — where she has had so much success — could set her up perfectly for a big start to 2021. Back up the rankings to her present mark of No 13, if she stays healthy she will be among the contenders for another slam.