Voted “Newcomer of the Year” by his ATP colleagues, Spanish player Carlos Alcaraz shares his goals for 2021 in a exclusive call with Tennis Majors from Alicante. Alcaraz, aged 17, is working to build a sportsman’s physique, qualify for the Australian Open and break the Top 50. 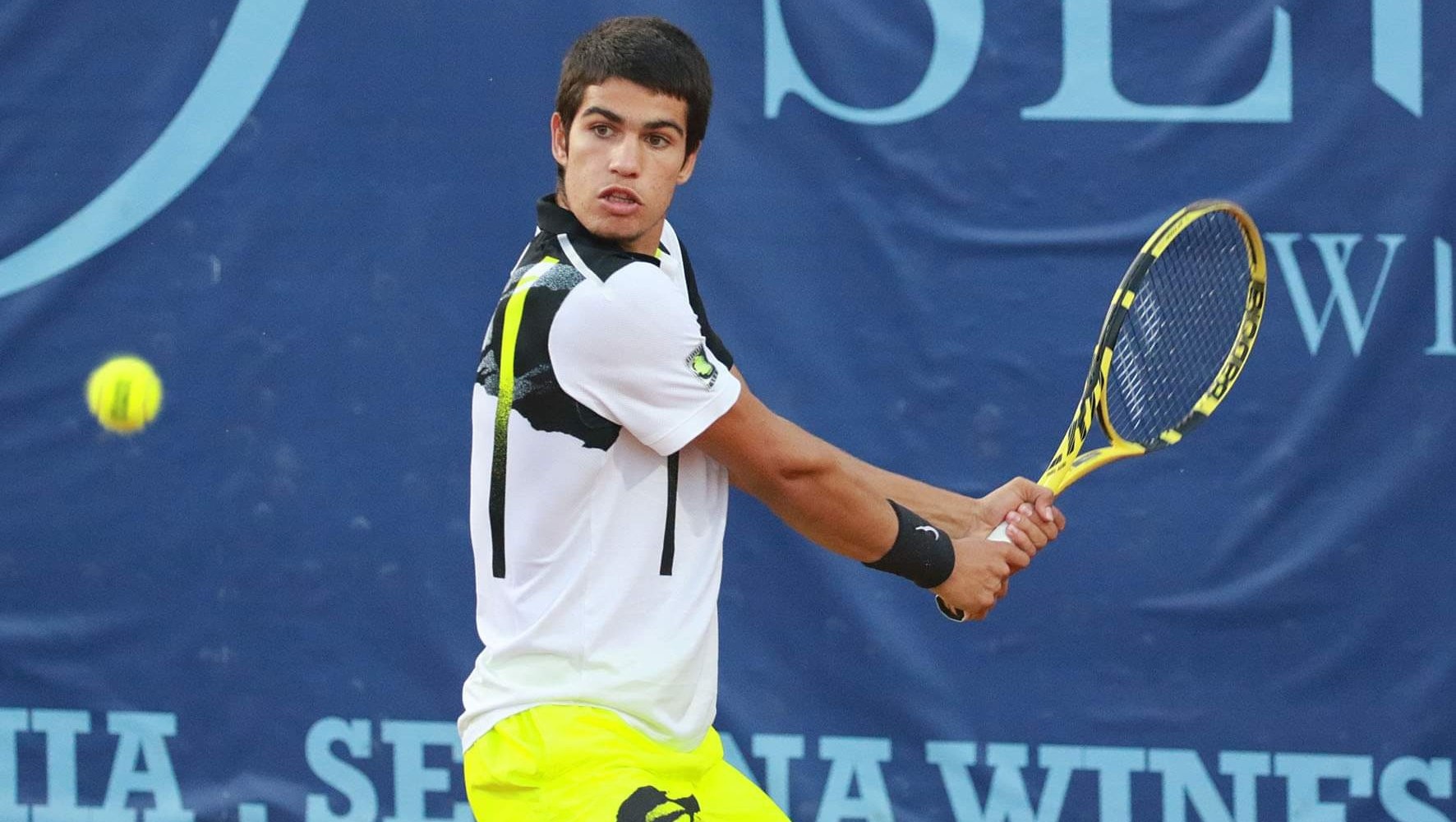 Carlos Alcaraz, the Spaniard born in Murcia, was named newcomer of the year thanks to a breakthrough campaign in which he climbed 350 spots in the ATP Rankings to finish the season at World No. 141 after reaching a career-high of No. 136 in October. His competitors were Korda, Musetti, Rodionov, Ruusuvuori, and Seyboth Wild. 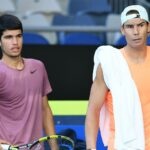 Read also
Big 3 vs Young Guns: nine matchups we want to see and why
Tennis Majors

At 17 years old, Carlos Alcaraz already has three challenger titles to his name, and he picked up his maiden ATP main draw win over Albert Ramos-Vinolas in Rio de Janeiro earlier in 2020.

Tennis Majors: Your coach Juan Carlos (Ferrero) told us that during this offseason, you have emphasised your fitness and your serve. Are you satisfied with the progress you have been making?

Carlos Alcaraz: I am very pleased with my preseason in general, we have been working on my fitness pretty hard and I am feeling a huge change in that regard; now I am stronger and I am capable of maintaining my best level over a prolonged period of time. And yes, the serve has also been a focus and I think I have made progress in that department. We have worked on every aspect of the serve; balance, my ball toss, how to control the direction of the serve better… Serve is something that I will keep on working.

TM: Could you please describe your daily tennis routine at the Academy in this preseason?

CA: I usually have tennis practice in the mornings; we start at 10AM and it lasts for two hours, perhaps a bit longer, followed by fitness. In the afternoons one more hour of tennis starting at 5PM, and approximately an hour and a half of working on the physical aspect of the game.

TM: You are a new kid on the block, especially to those casual fans who have not gotten a chance to see you play yet. How would you describe your style of play?

CA: I have a very good forehand, which I hit with much confidence. Also, I am an aggressive player as I always look for openings to take the initiative in the point. I like finishing points at the net and I aim not to give my opponents the same balls over and over again, I try to mix it up as much as possible.

“I have practiced with Federer at Wimbledon. It went extremely well, it was a unique experience for me.”

TM: Do you remember one match from your early childhood that made you fall in love with tennis?

CA: I do not remember a particular match but, as most boys my age, I have watched the classics between Nadal, Federer and Djokovic, of course. I look forward to seeing them in the locker rooms when I start playing the biggest tournaments.

TM: Did you get a chance to practice with Rafael Nadal yet?

CA: With Rafa no, but I have practiced with Federer at Wimbledon. It went extremely well, it was a unique experience for me. I was very pleased afterwards and I learnt a lot. At the beginning I was a bit nervous since a lot of people were watching us, but as the practice went on I started to relax more and ultimately I enjoyed it very much. 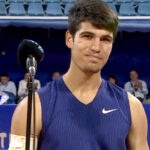 TM: With whom else among the top players have you shared the court and what makes those times so valuable to young players such as yourself?

CA: Here in the Academy I hit with Pablo Carreno Busta, I have had the opportunity to practice with Dominic Thiem as well and with many others. It is always a privilege, I try to use it as a learning experience every time; you can see and feel first-hand what their ball is like, the rhythm they are playing at and it is mentally tougher because the margin for error is much smaller. There are a lot of little things that you can pick up in time, but those little things make all the difference in the end.

“Many players in those important points get tight: they do not want to make an error, so they are waiting for their opponent to commit one. Personally, I like to go for it.”

CA: I live here at the Academy for the most part and it can be a bit difficult when I go back home and see my friends going out more than me. Nut at the end of the day it is my choice to play tennis and I love it. I’m dedicated to be as successful as I can in this sport and not living life like other 17-year-olds is a small sacrifice to make. I enjoy tennis and I am delighted with my life at the moment. I am mainly focused on my tennis, but when I do have spare time, I like to play golf.

TM: In a recent interview with EFE you said that you want to be brave in crucial points. Could you please elaborate on that a bit more?

CA: Many players in those important points get tight: they do not want to make an error, so they are waiting for their opponent to commit one. Personally, I like to go for it, I feel that is the right way – at least the point ended on my terms and I think that the opponent will maybe feel a bit of fear seeing you going for it and putting him under pressure. Juan Carlos tells me that every day; to be aggressive in the key moments.

TM: Now that you have mentioned that advice he gives you, what is it about Ferrero that makes you guys click?

CA: I am very happy working with Juan Carlos because on the court he is a big professional, he is very serious when he needs to be and when it is time to get to work. Off the court he is this great person, very funny and he is someone that I can trust. That balance between the two is why I love working with him.

“My dream is to be the number one player in the world and to win a Grand Slam title. I adore Wimbledon, I prefer it so far to Roland-Garros.”

TM: Your colleagues have voted you “Newcomer of the Year“, how much does that award mean to you?

CA: It made me very happy and it is going to serve me as a fuel to work even harder and be ready for the season ahead.

TM: What are your biggest dreams in tennis?

CA: My dream is to be the number one player in the world and to win a Grand Slam title. I adore Wimbledon, I prefer it so far to Roland-Garros, and I have not yet been to the Australian Open or US Open, but I am looking forward to it.

TM: Do you plan on playing more regularly on a higher level in 2021 and what is your schedule to begin the year?

CA: It depends on how the year goes. I will play challengers, but there will definitely be more ATP tournaments in my schedule. I am going to Doha hoping that I can qualify for the main draw of the Australian Open, that is my first goal.