Coached by a former Grand Slam champion and breaking records on the Challenger circuit, young Spaniard Carlos Alcaraz is starting to make a name for himself on the ATP Tour 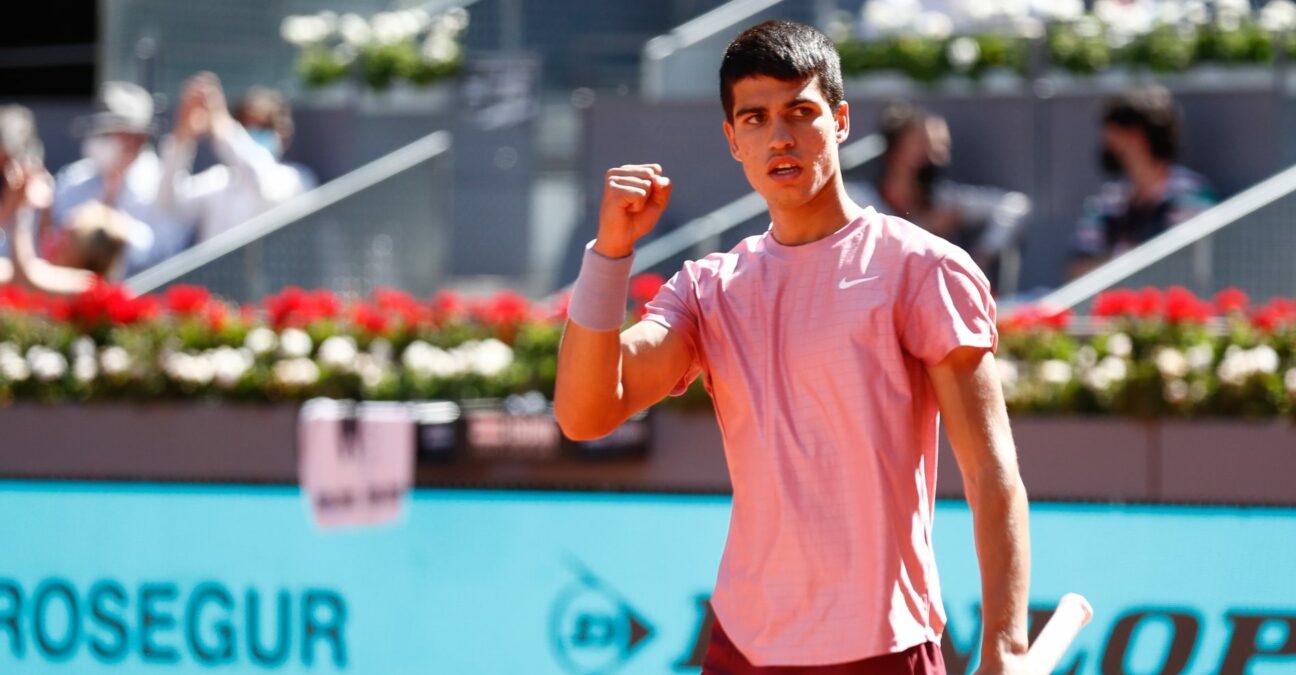 When did Carlos Alcaraz win his first ATP title? 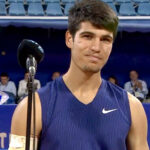 How old is Carlos Alcaraz?

Carlos Alcaraz Garfia was born on May 5, 2003, in El Palmar, Murcia, making him 18 years old. He celebrated his birthday at the Mutua Madrid Open with a match against his idol Rafael Nadal.

His parents are Carlos and Virginia, and he is one of four siblings along with Alvaro, Sergio, and Jaime.

Alcaraz started playing tennis at the age of four, influenced by his father, once ranked in Spain’s top 40. His idol growing up was his compatriot Nadal – and he shares his fondness for clay courts. See him play in 2014, at the international U12 tournament of Auray (France).

When did Alcaraz turn professional?

Alcaraz turned professional in 2018, aged 15. He started by playing Futures, Challengers and his first ATP event in 2020, in Rio de Janeiro.

According to his official ATP profile, he is 6ft 1in tall.

Who is his Alcaraz’s coach?

His coach is Juan Carlos Ferrero, the former world No 1 and 2003 Roland-Garros champion, who has been working with him for two years at his Equelite academy.

“It is difficult to compare [anyone] to Roger Federer, of course, but if I had to say one name [in comparison to Carlos], I’m looking for somebody that is very aggressive and is able to do a lot of things on the court, and Roger is the best in these situations. He can play on any surface and can play any type of style.”

Alcaraz’s career-high ranking is where he sits currently: world No 54. As of July 2021, he has won one ATP event, three titles on the Challenger tour and is the youngest player on the men’s circuit to win tournaments in consecutive weeks. He is the second-youngest to have a trio of Challenger titles, beaten only by Richard Gasquet’s record as a 16-year-old in 2003.

How much prize money has Alcaraz earned?

What else does he enjoy outside of tennis?

He likes golf and football, and counts himself as a Real Madrid fan.

Does he have social media?