Monte-Carlo musings: 7 players to watch at the first clay-court Masters event of 2021

The Big 3 are back and the big names are in action. Here are some of the players we’ll be focusing on as the Monte-Carlo Rolex Masters kicks off the road to Roland-Garros this week. 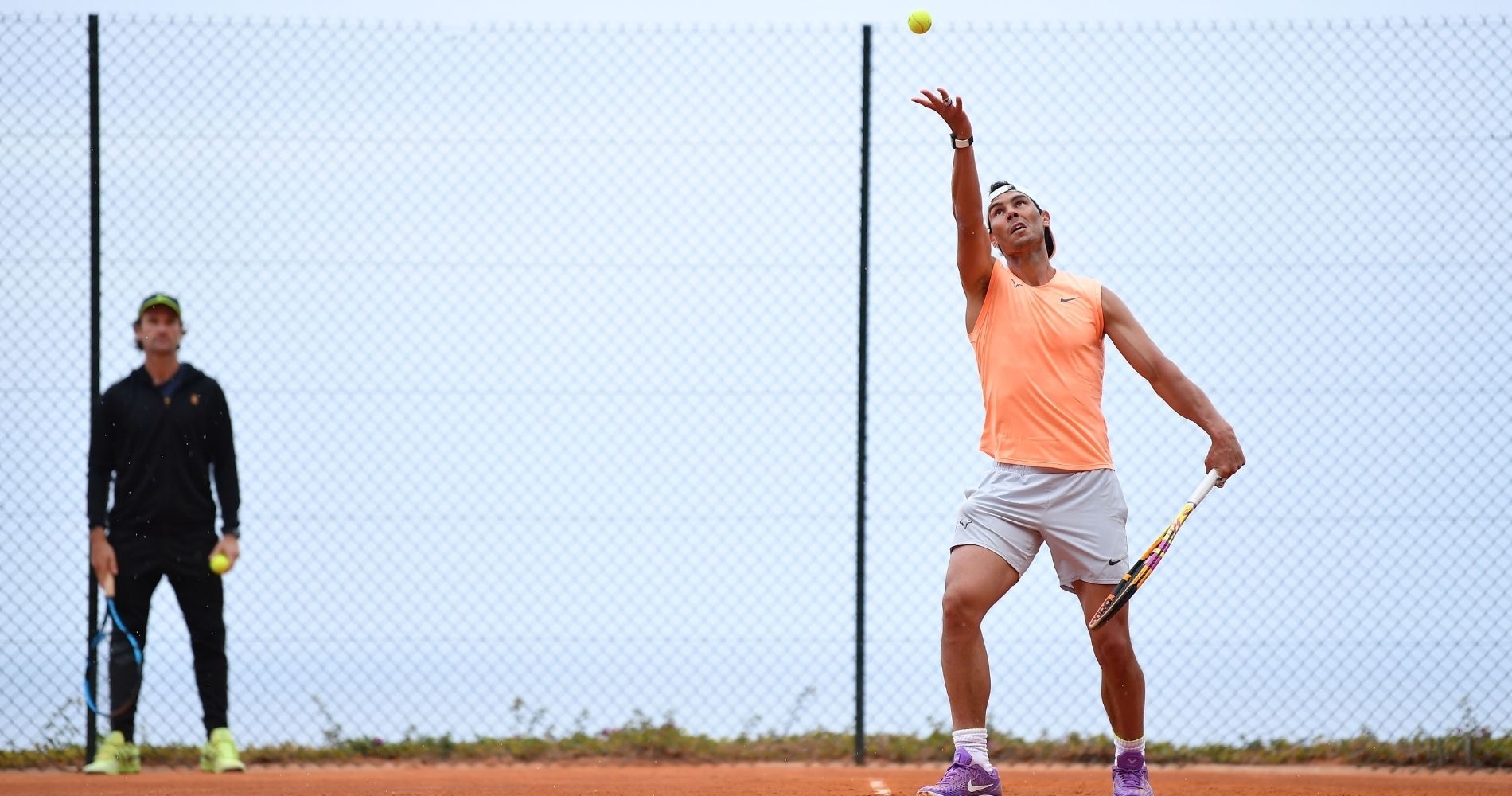 The first of three clay-court Masters 1000 events always brings with it a certain excitement. An annual cause for celebration that the tennis world missed last year, due to the pandemic. This year, the big names are in attendance, and as the week progresses we will start to get our first idea about which players might be ready to make a statement on the clay.

This week we welcome two members of the Big 3 – Novak Djokovic and Rafael Nadal – back to the tour for the first time since the Australian Open, and also a host of new names that might be impactful, such as Jannik Sinner, Aslan Karatsev, Hubert Hurkacz and Lorenzo Musetti. All four were barely on our radar when we last saw tennis in Monte-Carlo in 2019, long before the coronavirus pandemic became a reality.

We look at those names and more, as we run down some of the players we are most looking forward to watching in Monte-Carlo this year…

1. Djokovic still the man to beat, but not on clay

In many ways, the key clay-court storyline in 2021 feels no different than it has been over the last five, or even ten, years: Will Novak Djokovic find his best tennis so that he can challenge Rafael Nadal on the clay? The Serb has compiled a 7-18 lifetime record on clay against Nadal, which means he has dethroned the King of Clay on his favorite surface more than any other player, including four times in clay-court finals (4-8). But last year’s lopsided Roland-Garros final was a tough pill to swallow (had Djokovic won it they’d both be tied with 19 major titles right now), as Djokovic was blown off the court by Nadal. Will doubts linger because of that difficult day, or will Djokovic be able to produce something extra special this spring? He will need to, because inspired tennis is what it takes to stop Nadal.

Djokovic says he feels ready to play well out of the gates at Monte-Carlo, despite the fact that he hasn’t played a competitive match in two months.

“I don’t think there is anything special I have to do in terms of preparation in order for me to feel my best on the court,” he told reporters on Sunday. “I’ve been training quite a lot on clay. Actually ever since I pulled out from Miami, I was hitting on clay. Here in Monte-Carlo actually where I reside with the family, it was convenient and feels great.”

11 titles… and counting? Rafael Nadal’s domination of the Monte-Carlo Rolex-Masters is one of the most impressive single tournament feats in ATP history. If the King of Clay wasn’t so darn good at Roland-Garros we’d probably be talking more about it. Nadal once reeled off 46 consecutive wins at Monte-Carlo, before Djokovic took him out in the 2013 final, and the Spaniard has gone on to win three more titles since.

Now, with a lifetime record of 71-5, Nadal is bidding to make it a dozen titles in the Principality. He says he’s feeling healthy and happy to be back at one of his favorite locations.

“Happy the way that I am playing,” he said. “Yeah, for the moment my body is in good shape. Yeah, I am excited about playing here in Monaco again, Monte-Carlo. As everybody knows, is one of my favorite tournaments without a doubt. I love being here.”

Past Monte-Carlo champions since 2005

Now that Hubert Hurkacz is a Masters 1000 champion and a member of the ATP’s top 20, we’re all looking forward to see if he can use the confidence gained to become a consistent threat to the top players on tour. His career record of 8-14 (winning percentage: 36.4%) on clay says that he may be in for a tough ride, but we’ll find out a lot more this week, where Hurkacz could face Novak Djokovic in the third round, if he is able to get by a qualifier (round 1) and the winner of Dusan Lajovic and Dan Evans (potential round 2).

Last week Dan Evans had four match points against Lorenzo Musetti at the Sardegna Open in first-round action. He was so close to winning his first main draw match on clay since 2017, but the British No 1 instead saw his losing streak on the surface rise to ten. Next opponent: Dusan Lajovic. Evans isn’t a natural clay-courter, but he isn’t as bad as this streak.

5. Can Medvedev master the surface?

Before Daniil Medvedev was a three-time Masters 1000 champion, way back in 2019, which seems like ages ago, the Russian made his first Masters 1000 semi-final by defeating Stefanos Tsitsipas and Novak Djokovic in Monte-Carlo. Was that just a strange blip in an otherwise dismal trendline for the Russian on clay? The statistics seem to think so. Medvedev is 10-18 lifetime on clay and 0-4 lifetime at Roland-Garros. Perhaps he will prove the statistics wrong in 2021. 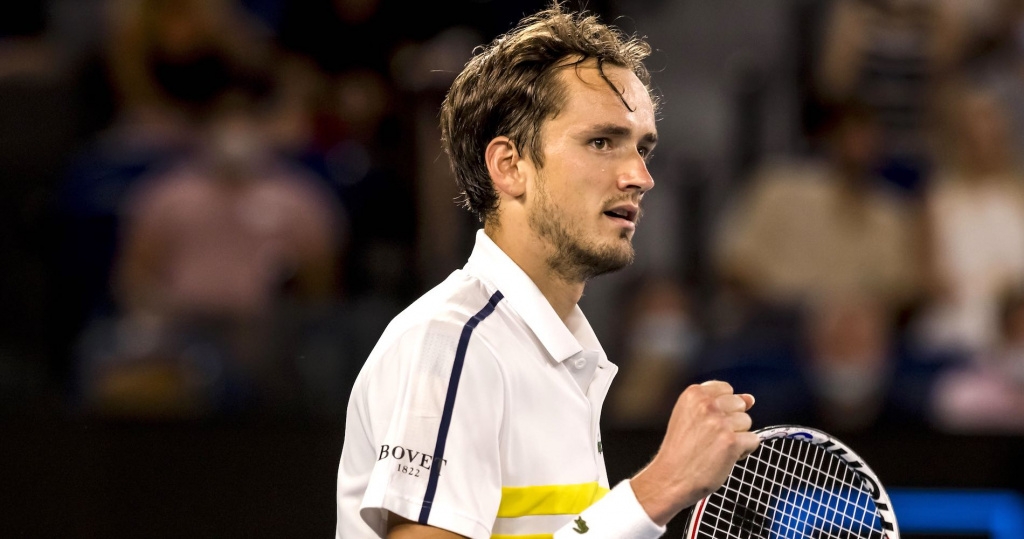 Whether Medvedev plays well or not, it probably won’t change the way he feels about his least favorite surface. On Sunday in Monte-Carlo he admitted that he dreads playing on the red clay.

“I’m not hiding this, I don’t like clay,” he said, adding: “Honestly, there’s nothing I like on clay. There’s always bad bounces, you’re dirty after playing. I really don’t enjoy playing on clay.

Jannik Sinner only has 17 clay-court matches under his belt at this stage of his career, but he exceeded our expectations last season when he reached the quarter-finals at Roland-Garros on his main draw debut there. The Italian teenager notched top 10 wins over Stefanos Tsitsipas (Rome) and Alexander Zverev (Roland-Garros) on clay last year. He’ll face Albert Ramos-Vinolas in first-round action (the Spaniard is playing the Marbella final on Sunday) and if he wins he’ll square off with Djokovic in a highly anticipated second-round tilt. The eyes of the tennis world will be on that contest, it it happens.

Andrey Rublev leads the ATP Tour in wins in 2021, and he is continuing the torrid pace he set in 2020 when he went 41-5 with five titles and reached two Grand Slam quarterfinals. But Rublev has never had much success at the Masters 1000 level, and until he can do that he’ll have difficulty getting into the top 5 in the rankings. Rublev is just 2-4 lifetime at Masters 1000 events on clay, so the Russian is staring at a big opportunity to build on the momentum that he gained from reaching the Miami semi-finals a few weeks ago. He’s good on the surface, and his results are bound to pick up.

But it won’t be an easy week for Rublev. He’s slated to face Roberto Bautista Agut in the third round and if he comes through that match he’ll likely face Nadal in the quarter-finals.