Has Federer taken too big a risk for the Australian Open?

Exhibitions at the end of November in South America, exhibition at the end of December in China, and no official match before the Australian Open: can Federer catch up on time to lift the trophy in Melbourne? Let’s try to see the why and how of one of the mysteries of this start of season.

Roger Federer always keeps you guessing on the court, and he does the same off the court.  And so the man from Switzerland will start his 2020 season by a game of high level poker, trying to see in Melbourne if he can pull a new trick off. When his rivals were already enjoying a deserved vacation at the end of 2019, Federer was traveling through South America to play a series of exhibition matches. And when his rivals then started their offseason training, well the World No.3 was just starting his holiday time.

As most of his colleagues then geared for the start of the season at the ATP Cup or elsewhere, the 20 time Grand Slam champion was supposed to still train to get ready for the Australian Open, after a trip to China for another three-day of exhibition matches (28-29 December). Unconventional, you say? Quite!

In a press conference in London in November, the World No.3 didn’t appear to worry at all by his schedule choices:

“With age and experience, I can be confident about what I do in training. I believe I can be ready, I don’t think I always need a ton of matches, especially on hard courts. Maybe I’m a bit more dependent on the draw earlier on in the Australian Open. The key is health.” 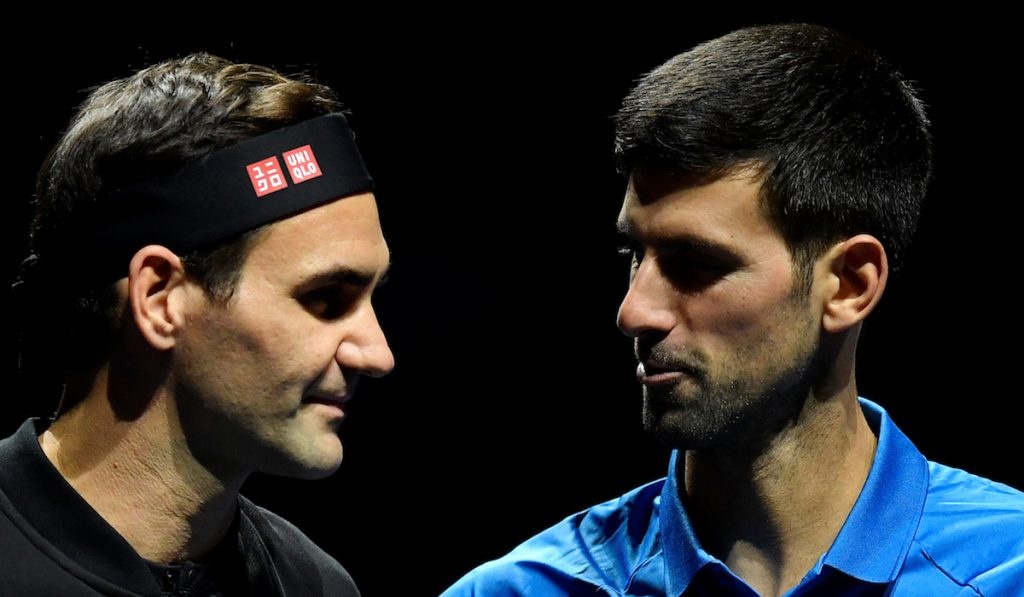 Still, some eyebrows were raised, some doubts even dared to appear, but the question that rules them all remains: who is to doubt Roger Federer? Since his miraculous come back in 2017 in Melbourne, it even turns to sacrilège to wonder if he’s right or wrong on anything tennis related. How could anyone think the man who has been the greatest season-planner of his time would suddenly lose his common sense? Surely he perfectly knows what he’s doing. Even by inflicting all this new offseason planning to a body of 38 years old.

“I trust him, he’ll be fit for Melbourne”

Roger Federer still wants to win big, and so there is no way he’d consciously endanger his chances for the first Grand Slam of the year. In his mind, all is planned to perfection. He has, of course, earned our trust in this. Still, one has to play the devil’s advocate because even if there’s a Roger’s law that often seems to defy all tennis logic, there’s also the other mortals’ law that deserves a shot.

If it was anybody else, we would think it weird for a top player to take the risk of jeopardizing his offseason to play lucrative exhibition matches in South America with all the travel and the time-consuming activities. Because this touring was not a walk in the park. Mathieu Aeschmann, a reporter at the Swiss media La Tribune de Genève, met him on December 15th in Dubai and no doubt was left about the toll taken.

“It’s legitimate to wonder about this because the last time he did it before the 2013 season, he did struggle that year even physically (ndlr: He lost in the semi-finals in Melbourne that year, went on to lose in quarters of Roland-Garros, in the second round of Wimbledon and in the fourth of the US Open. He was playing on a bad back since Indian Wells). In Dubai, he told us this South America tour this year had been something tiring. But he said that with stars in the eyes. So yes, it’s a physical fatigue but not a mental one: he wanted to do it and he enjoyed himself immensely. When you do something you believe in and that pleases you, it’s much easier to digest it. He has also adjusted his offseason: he took two weeks off and when I saw him he was just done with the first block of his fitness preparation. He told us Ivan Ljubicic was arriving the next day and Severin Lüthi some days later. So it seems the real tennis block was about to start. I trust him, he’ll be fit for Melbourne.”

And still you’re back to the “why” of all of this, and that’s when the Roger law comes back, because suddenly you remember we’re talking about a legend of the game whose tennis days are now numbered. We might try to forget about it, but it’s reality. And so what seems like a perilous poker move might just be the one of a champion who has decided to enjoy his finish line exactly as he wants to.

“He understands there’s little time left, so he enjoys every minute”

Defying all the odds one more time. Federer doesn’t know when his career will end, but he knows that it’s getting closer. Aeschmann agrees: the Federer who went through South America like a kid at Disneyland is someone who contemplates what to do with the end his career.

“It has become important for him to do these kinds of things: Filling stadiums, going to places he never went before, being adored by fans. He understands there’s little time left, so he enjoys every minute. It’s not more important than winning another Major, but he’s also trying to have it all. If there’s a couple of crazy projects to do, Roger knows it has to be now now because soon it’ll be too late.”

Federer doesn’t doubt that he can, after a full season, play the rockstar at the end of November through Chile, Argentina, Colombia (he went to Bogota but they ended not being able to play for security reasons), Mexico and Ecuador, without risk. He doesn’t doubt he can have enough with two weeks off before catching up on his training all December long. He doesn’t see any issue with arriving in Melbourne with no official match played. 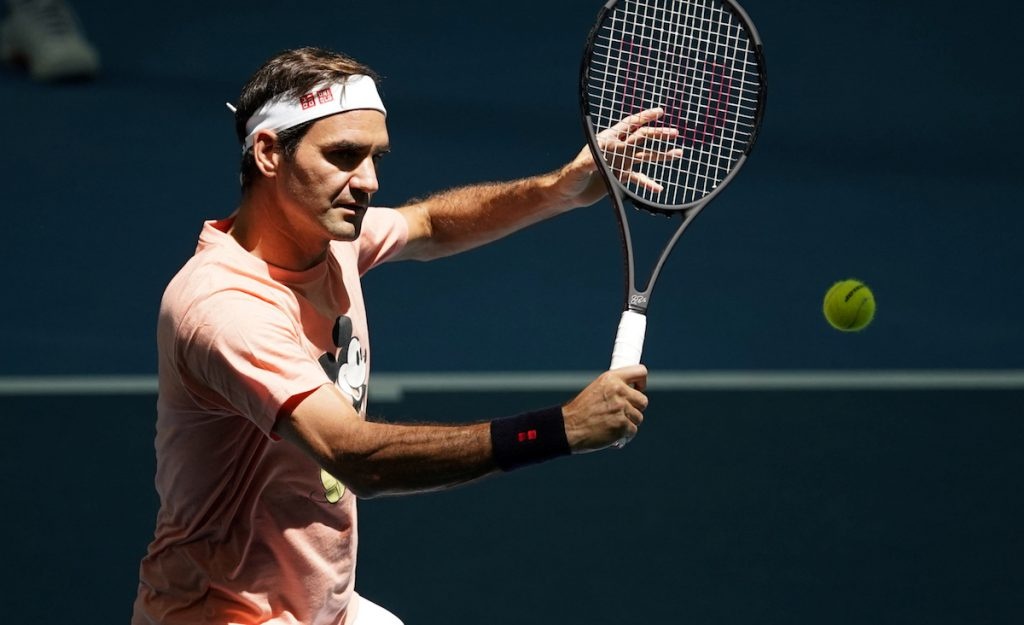 After all, usually he only plays the Hopman Cup, so he’s right here: he has never needed to play a lot before the Australian Open.

“I don’t think he’d sacrifice a Grand Slam tournament, especially not at this stage of his career”, says Aeschmann. “Surely Roger made a choice to get the energy used in South America back, to let the body recover, and the only way was to withdraw from the ATP Cup. A tournament where Stan Wawrinka wasn’t playing and so where the chances of victory were slim… He loves to win so much that he will never go to Melbourne just to be in the draw: he believes he can win.”

But could Federer be underestimating the good that the matches of the Hopman Cup were doing to his match fitness before Melbourne? There’s no way to know for sure if he will be able to use the first week to get the matches he needs under his belt, before roaring in the second week.

There’s also no way to underestimate the players he could face in that first week. Nor the nerves he could feel if it gets tight early. All the players admit it: nothing replaces matches. The adrenaline, the stress, the need to play the right shot at the right time: nothing replicates it. Then you have players who need many matches to gain confidence and others who can find their groove right away.

“For Roger, it is all about feeling fit and healthy. He has only one focus: the Grand Slams. I think he did the right choice since I think he has no chance to inspire himself to play a small tournament. He trusts his game and would rarely run into an opponent that could scare him the first two rounds. After this, he will be on top of his game. You might be a bit tight in the first set, but he has played practice sets so he knows his level anyway. If you face a big server that takes you deep into the sets, yes you might get a bit stressed.”

Roger Federer obviously knows the questions his winter raised, but he doesn’t care. He wanted to go to South America, so he did it.

“Some people wondered why I wanted to do all of that,”, he told Vogue on November 26th. “It was very simple: I felt an urge to connect with the people in that part of the world. In Mexico, we played in front of 42,517 people (a record). I was playing in Ecuador, right at zero degrees latitude, right on the equator—the line was right on the court and you play the North versus the South. It’s a great privilege to do that and to have my kids grow up in that same world as we travel to Australia, America, Africa, Europe. It’s an incredible upbringing for them.” 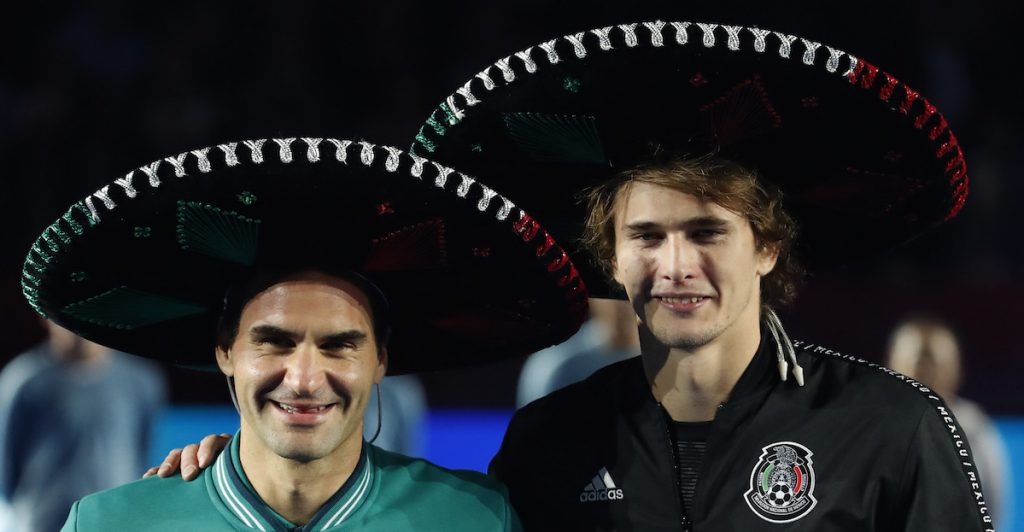 And what if the optics of him playing exhibitions instead of the first edition of the ATP Cup aren’t ideal? Federer has done more than his part to support the Tour, has always been the utmost professional so surely he feels he’s now allowed to do as he pleases.

He was clear on his priorities when he explained his ATP Cup decision right before the start of the ATP Finals.

“South America had priority for me, but the ATP Cup too to play the first week, but then when I realized Stan wasn’t going to play, the family wasn’t going to travel to Sydney, I said I’d rather be home with the family and take it easy, train some more and make the priority Australian Open and the World Tour Finals. And also having the dream match with Rafa in South Africa on February 7: that was always going to be a priority for me as well. Something just had to give, and that was the ATP Cup. I was going to be very happy to play, but it wasn’t that level of importance for me.”

Roger Federer here tries to have it all, to play the “my way or the highway” card: he’ll have the fun, the glory, the money and the major titles. If there’s a player who can do it, it seems to be him. We now have to wait to see if “RF” will one more time be the genius exception to the rule or if at this stage of his career he will prove more mortal than he might want to admit.