Each day, Tennis Majors takes you back in time to an important moment in tennis history. On March 11, 1991, Monica Seles ended Steffi Graf’s reign at the top of the WTA rankings. 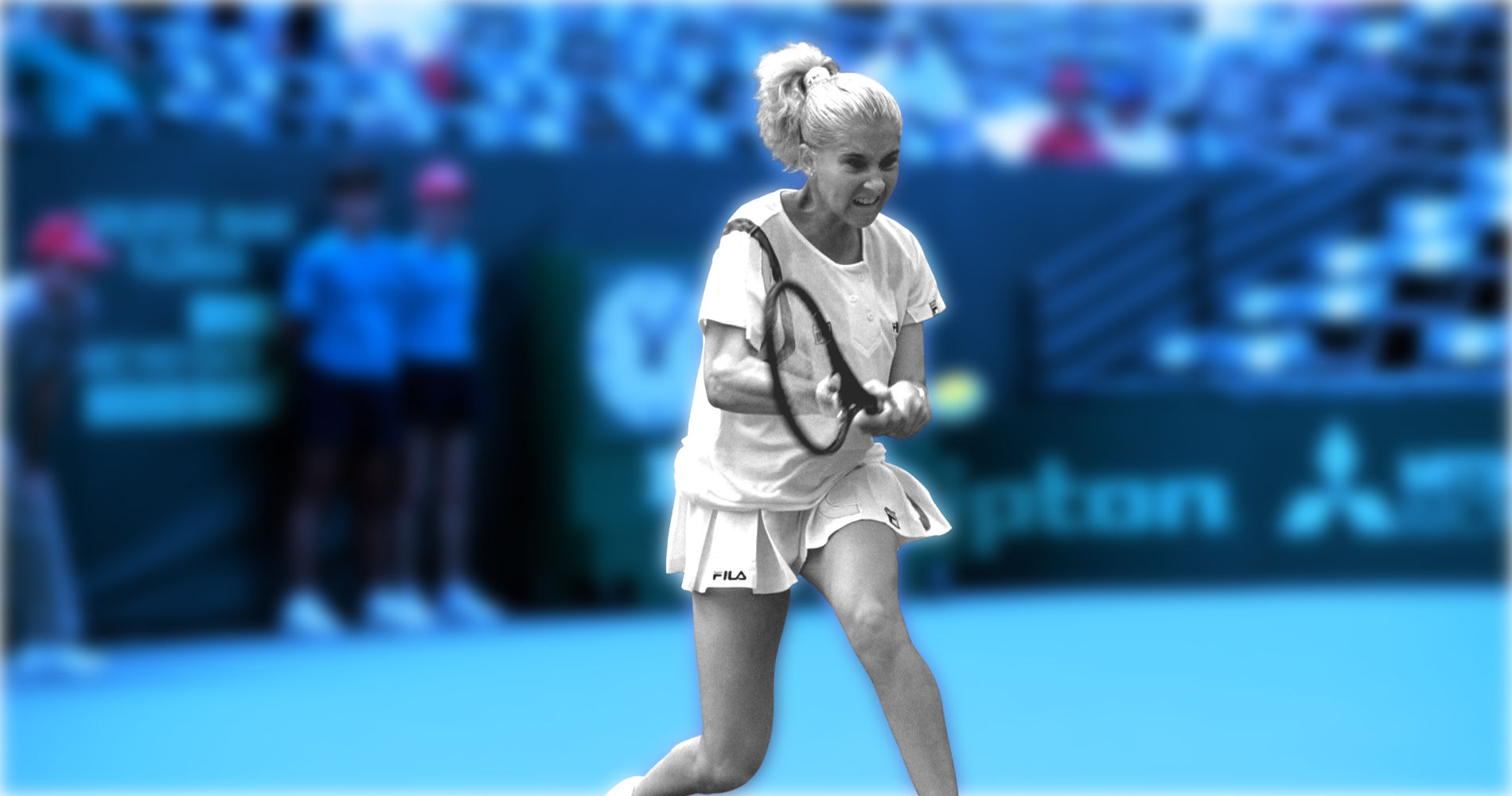 On this day, March 11, 1991, Monica Seles became world No 1 for the first time and put an end to Steffi Graf’s 186-week-long reign upon the WTA rankings. The 17-year-old Yugoslavian was only playing full time on tour since 1989, and at the time — a year after becoming the youngest-ever Roland-Garros champion — she was the youngest player to have reached world No 1.

Monica Seles was born in 1973. She made her first steps on the tour in 1988 at the age of 14 in Boca Raton, where she defeated world No 31 Helen Kelesi 7-6, 6-3. Seles’ powerful two-handed groundstrokes, her innovative way of hitting the ball so early with so much power, and of course her trademark grunting, represented an absolute revolution in the women’s game. In 1989 she played her first full year on the tour and, after claiming her first title in spring in Houston, she played her first Grand Slam main draw in Roland-Garros. This first appearance in Paris would be long remembered. In the third round, facing world No 4 Zina Garrison, a young Seles — aged 15 — gave away flowers to the Philippe Chatrier public before crushing her opponent 6-3, 6-2. She went on to the semi-finals, where she was only defeated in three sets (6-3, 3-6, 6-3) by the unbeatable Steffi Graf — who had won the last five Grand Slam tournaments. In 1990, after winning five consecutive tournaments — including three on red dirt– Seles became the youngest player to triumph at Roland-Garros by defeating none other than her German rival in the final (7-6, 6-4).

Ranked No 3 in the world, Seles reached the quarter-finals at Wimbledon (lost to Garrison 3-6, 6-3, 9-7), and in October won her first indoor tournament in Oakland by defeating Martina Navratilova 6-3, 7-6 in the final. She finished the season by defeating Gabriela Sabatini 6-4, 5-7, 3-6, 6-4, 6-2 in the final of the Virginia Slims Championships. At the 1991 Australian Open, she claimed her second Grand Slam crown by defeating Jana Novotna 5-7, 6-3, 6-1 in the final. It was now only a matter of time before she would overtake Graf and seize the No 1 spot.

In March 1991, the unbelievable was soon to happen on the women’s tour: Steffi Graf, who had sat on top of the WTA rankings as the undisputed world No 1 since April 1987, was about to be overthrown by a hurricane named Monica Seles.

The 17-year-old Yugoslav, who had improved her game in Florida, had only been playing consistently on the tour for two years, but in 1990 she had become the youngest player to ever win the French Open and confirmed her potential in the following months. She went on to triumph at the year-end Masters Cup and at the Australian Open. She was now sure to reach world No 1 in the immediate future.

After claiming her second Grand Slam title in Melbourne, Seles took her talents to the Palm Springs open — where she could seize the No 1 spot if she won the tournament. However, on March 3 she was defeated in the final by Navratilova, who pulled out a vintage performance to prevail 6-2, 7-6. That loss prevented Seles from becoming No 1 but only delayed the day of her rise to the top by a week.

“It’s kind of like it’s already happened,” said Seles, according to The New York Times. “Since I came onto the scene everyone said, ‘She’s the next No 1,’ and I wondered if I don’t reach No 1 what would happen to me; would I be just another…I’m not sure of the word…hotshot? But now I’ve done it. And if I want to keep that position, I have to keep winning tournaments. If not, I could be the shortest (reigning) No 1 ever.”

A week later on March 11, 1991, Monica Seles, who had celebrated her 17th birthday in December 1990, was the youngest player to ever reach world No 1. She also put an end to the longest reign in the history of women’s tennis, as Graf had been at the top of the WTA ranking for 186 consecutive weeks.

In the following years, Seles would simply dominate the game and her achievements would be outstanding: from January 1991, Seles would win seven out of the eight Grand Slam tournaments she participated in, losing only the 1992 Wimbledon final — compiling a 56-1 win-loss record. Furthermore, she would claim three Masters Cups in a row in 1990, 1991, and 1992. Her domination would be tragically interrupted after she was stabbed on court by a crazed fan in April of 1993. Although she would come back on the tour and claim a last Grand Slam title at the 1996 Australian Open, she would never reach the standards of her first years on the tour.

With 178 weeks as world No 1, Seles would be far from being “the shortest No 1 ever.” She would remain the youngest Roland-Garros champion, but in 1997 Martina Hingis would become No 1 at the age of 16 — erasing Seles’ record from the books.