Every day, Tennis Majors takes you back to one of the most iconic moments in tennis history. On October 27, 1996, Boris Becker outlasted Pete Sampras in an epic final in Stuttgart, his last Masters 1000 triumph. 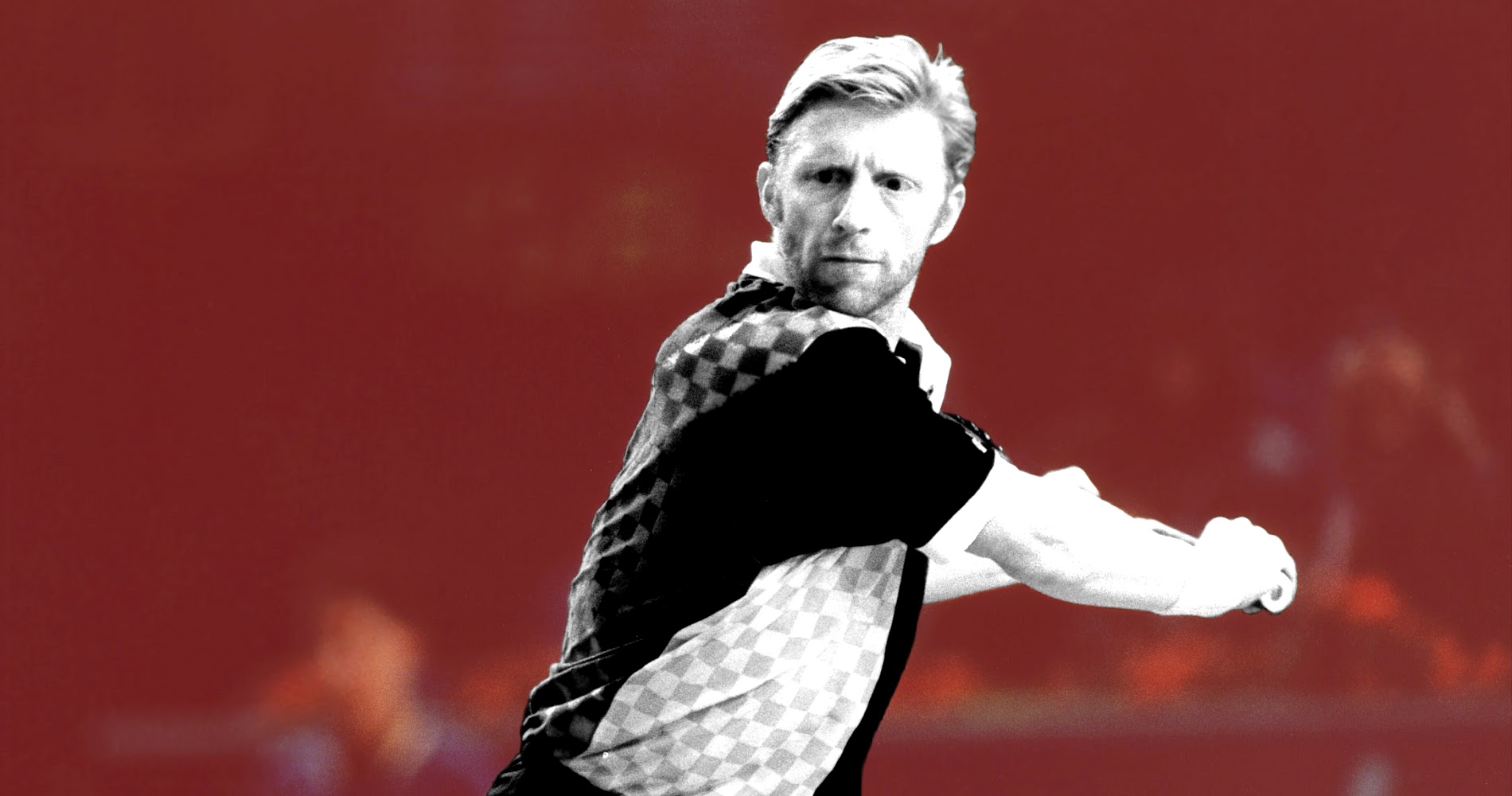 On this day, October 27, 1996, a few weeks before their legendary match at the Masters Cup, Boris Becker defeated Pete Sampras in the final of the Stuttgart Masters 1000 (3-6, 6-3, 3-6, 6-3, 6-4). The German, who had triumphed at the start of the year at the Australian Open, secured his spot at the Masters Cup by clinching the title in Stuttgart. To claim his 48th title, Becker ended Sampras’ streak of eight finals won since October 1995.

Boris Becker was born in 1967. In 1985, the German became the youngest ever Wimbledon champion at the age of 17, beating Kevin Curren in the final (6-3, 6-7, 7-6, 6-4). In total, he would claim three titles at the All England Club. His powerful serve, which he often followed to the net, earned him the nickname “Boom Boom”. He was famous for his spectacular diving volleys, as well as for his dramatic play and emotional outbursts. His peak years were undoubtedly 1989-1991. In that period, he claimed three Grand Slam titles, and he eventually reached world No 1 on January 28, 1991 after he had beaten Ivan Lendl (1-6, 6-4, 6-4, 6-4) to collect his first Australian Open crown. Becker then struggled in the next seasons, and in 1993, he even left the top 10 for the first time in eight years. In 1994, he reached the semi-finals at Wimbledon and claimed the Stockholm title, beating the three best players in the world to finish the year as world No 3. In 1995, he finished runner-up to Pete Sampras at the All England Club (6-7, 6-2, 6-4, 6-2) and reached the semi-final at Flushing Meadows, but in 1996, he claimed his sixth Grand Slam crown in Melbourne, defeating Michael Chang in the final (6-2, 6-4, 2-6, 6-4). After a fourth triumph at the Queen’s Club in June (defeating Stefan Edberg, 6-4, 7-6), a wrist injury kept him away from the Tour until the indoor season. 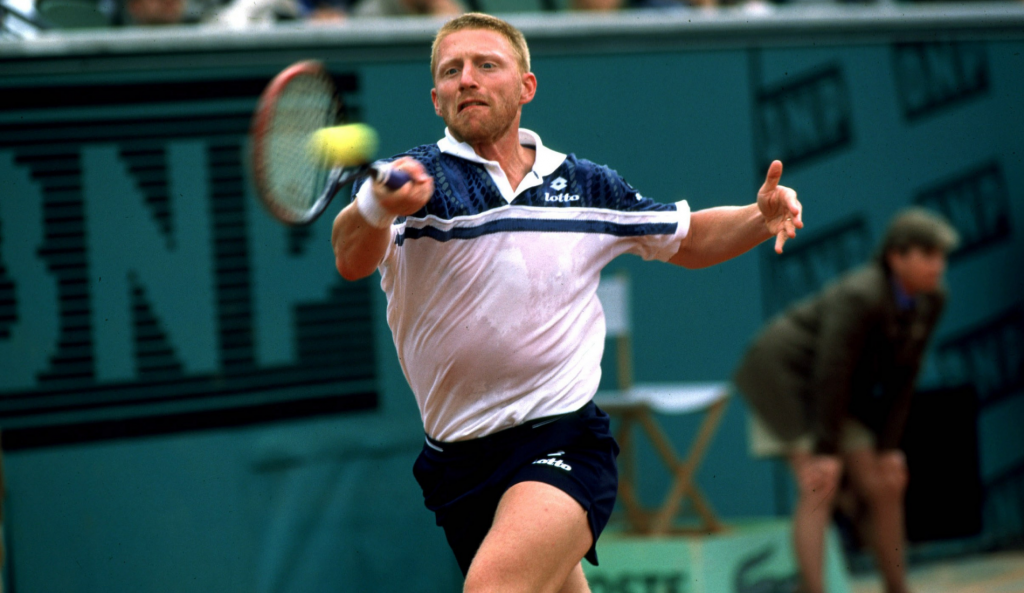 The Stuttgart Indoor Open was first established in 1979 as a part of the Grand Prix Circuit. The tournament disappeared between 1981 and 1990, when it came back as a Championship Series event, held in February. In 1996, the Stuttgart Open replaced Essen in the Masters 1000 category, which attracted 29 of the 30 best players in the world. 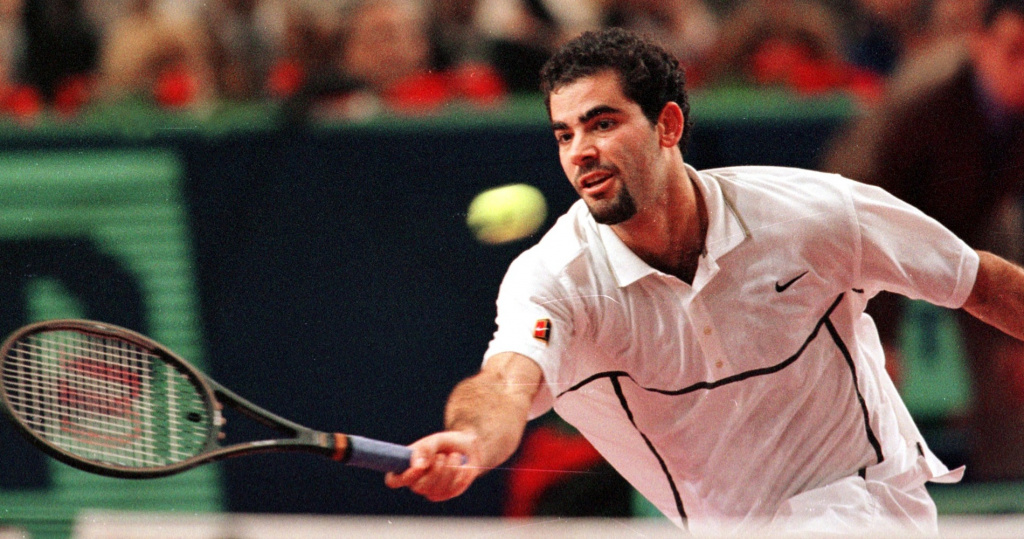 The final of the 1996 Stuttgart Open was a repeat of the 1995 Wimbledon final, with world No 1 Sampras facing local favourite Becker. While the German had just come back from a wrist injury, the American was at the end of an intense season. In May, his long-time coach, Tim Gullikson, had died from brain cancer. A few weeks later, Sampras made his best run at Roland-Garros, falling short of the title only in the semi-finals, where he lost to Kafelnikov. Beaten at Wimbledon for the first time in five years by Krajicek, he had saved his season by triumphing at the US Open, defeating Michael Chang in the final (6-1, 6-4, 7-6).

Although 29 of the 30 best players in the world had attended the event, both players had made their way into the finals without dropping a single set. In fact, Becker’s serve was so sharp that week that he had even stormed through his first three rounds without facing a single break point. In a five-set serve-and-volley masterclass, the German prevailed over the world No 1 for the first time since the 1994 Masters Cup, after four consecutive losses. The German, who took advantage of the crowd’s support, fired 29 aces, but in the end, he only won two more points than his opponent (139 to 137). “Becker is the best indoor player I’ve ever played,” Sampras said. “He’s to Germany what Michael Jordan is to the United States. There’s only one king in Germany and his name is Boris.” Becker said: “My muscles started to hurt in the fifth set, but I gritted my teeth and hung on.”