Every day, Tennis Majors takes you back in time to relive a tennis event which happened on this specific day. On this day in 1985, a 17-year-old from Germany served and dived his way to the Wimbledon title and the public imagination 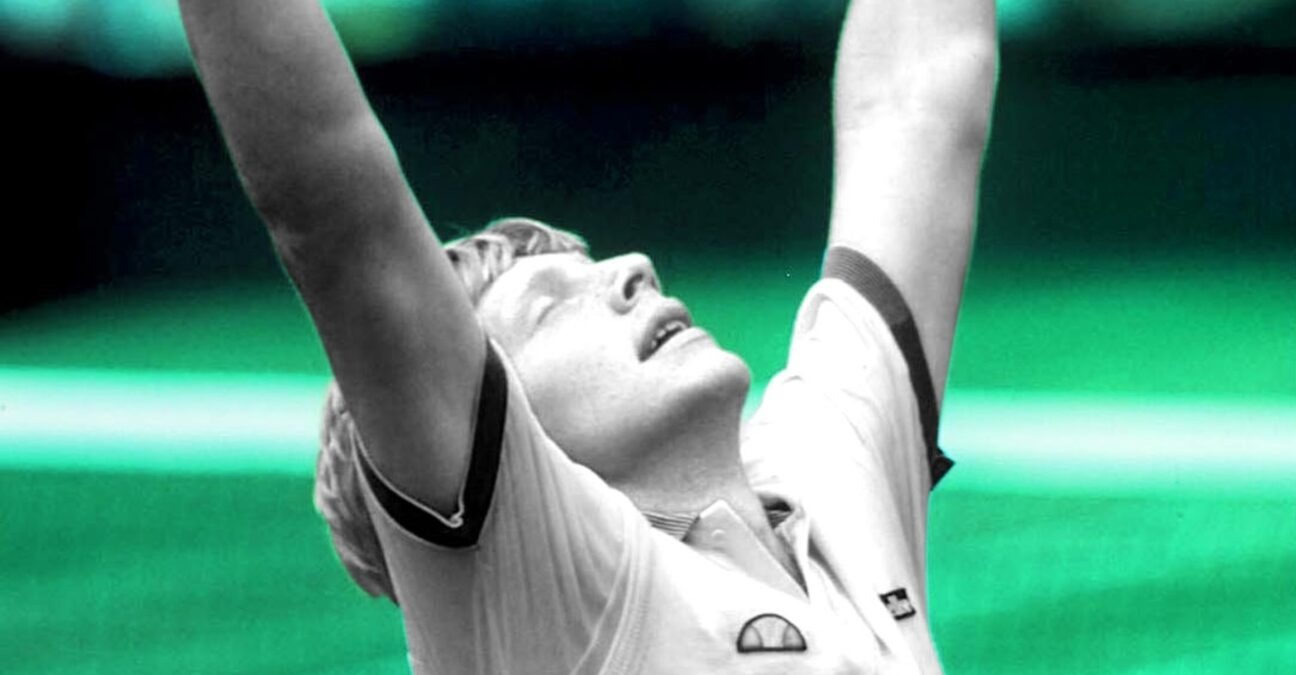 On this day, July 7, in 1985, Boris Becker became the youngest man to triumph at Wimbledon, defeating Kevin Curren in the final (6-3, 6-7, 7-6, 6-4). Aged 17 years and 288 days, not only was he at the time the youngest man to ever win a Grand Slam (a record later beaten by Michael Chang at Roland-Garros, in 1989), but he was also the first unseeded man and the first German man to lift the trophy at the All England Club.

In 1985, 17-year-old Boris Becker was the most promising German player of his generation. With his booming serve and his powerful groundstrokes, he was supported by the German Tennis Federation from a very young age. He had turned professional in 1984, coached by Gunther Bosch, with the financial help of Ion Tiriac, who was taking his first steps as a manager. In June 1985, Becker claimed his first title at the prestigious Queen’s Club Championships, defeating great players such as Pat Cash and Johan Kriek. When Wimbledon began, the teenager was already ranked No 20 in the world. 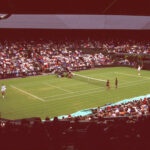 Despite his recent title at the Queen’s Club Championships, 17-year-old Boris Becker, ranked No 20 in the world, entered the Wimbledon draw as an unseeded player (there were only 16 seeds at the time). Even though many observers expected him to be a decent outsider at the All England Club that year, not many expected him to reach the final four. In fact, the young German miraculously escaped a third-round loss against Joakim Nystrom, as the Swede served for the match twice in the fifth set, before Becker finally prevailed (3-6, 7-6, 6-1, 4-6, 9-7). To make his way into the final, the teenager then had to get past dangerous opposition such as Tim Mayotte, Henri Leconte and Anders Jarryd.

In the final, the newcomer faced Kevin Curren, world No 9, who had achieved the feat of defeating both Jimmy Connors and John McEnroe (world No 1 and defending champion) to reach the second Grand Slam final of his career.

In a match dominated by big serves (Becker hit 21 aces against 19 by Curren), the youngster was the one who proved to have the best self-control. Fearless, the German gave repetitive provocative stares at his opponent, and even bumped into his shoulder at a changeover. Meanwhile, although he had more experience and had already competed in a Grand Slam final before, Curren couldn’t get his serve to be as effective as it had been against McEnroe and Connors in the previous rounds. Becker, whose spectacular diving volleys were much appreciated by the public, won in four sets (6-3, 6-7, 7-6, 6-4).

”He never had to play McEnroe or Connors,” said Curren, according to The New York Times,”‘ but what Becker did was a sign of great maturity for someone that young. He’s got the qualities of a champion. At 17, I would have been totally intimidated by the whole atmosphere.”

Youngest man and first German to ever triumph at Wimbledon, after the legendary Gottfried von Cramm had lost three consecutive finals in 1935-1937, Becker knew that his life had changed forever: ‘I’m the first German, and I think that will change tennis in Germany,” he said. ”They never had an idol, and now maybe they have one.”

What next? Becker wins six Grand Slams and becomes world No 1

After his spectacular triumph at Wimbledon, the German would confirm his status by claiming the title in Cincinnati, beating Mats Wilander in the final (6-4, 6-2). Finishing the year as world No 6, he would qualify for the Masters Cup where he would reach the final, outplayed by Ivan Lendl (6-2, 7-6, 6-3).With his great power, Becker would successfully defend his Wimbledon crown in 1986, defeating world No 1 Ivan Lendl in the final (6-4, 6-3, 7-5). Throughout his career, he would win three titles at the All England Club, and six Grand Slam crowns, and spend 12 weeks as the world’s best player in 1991.

After Wimbledon, Kevin Curren would reach world No 5, which would remain the highest ranking of his career. In the following years, his powerful serve would allow him only once again to reach the quarter-finals of a major tournament, at Wimbledon, in 1990.

May 29, 1990: The day Edberg and Becker were sent packing from Roland-Garros
tennis majors 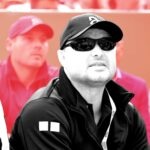 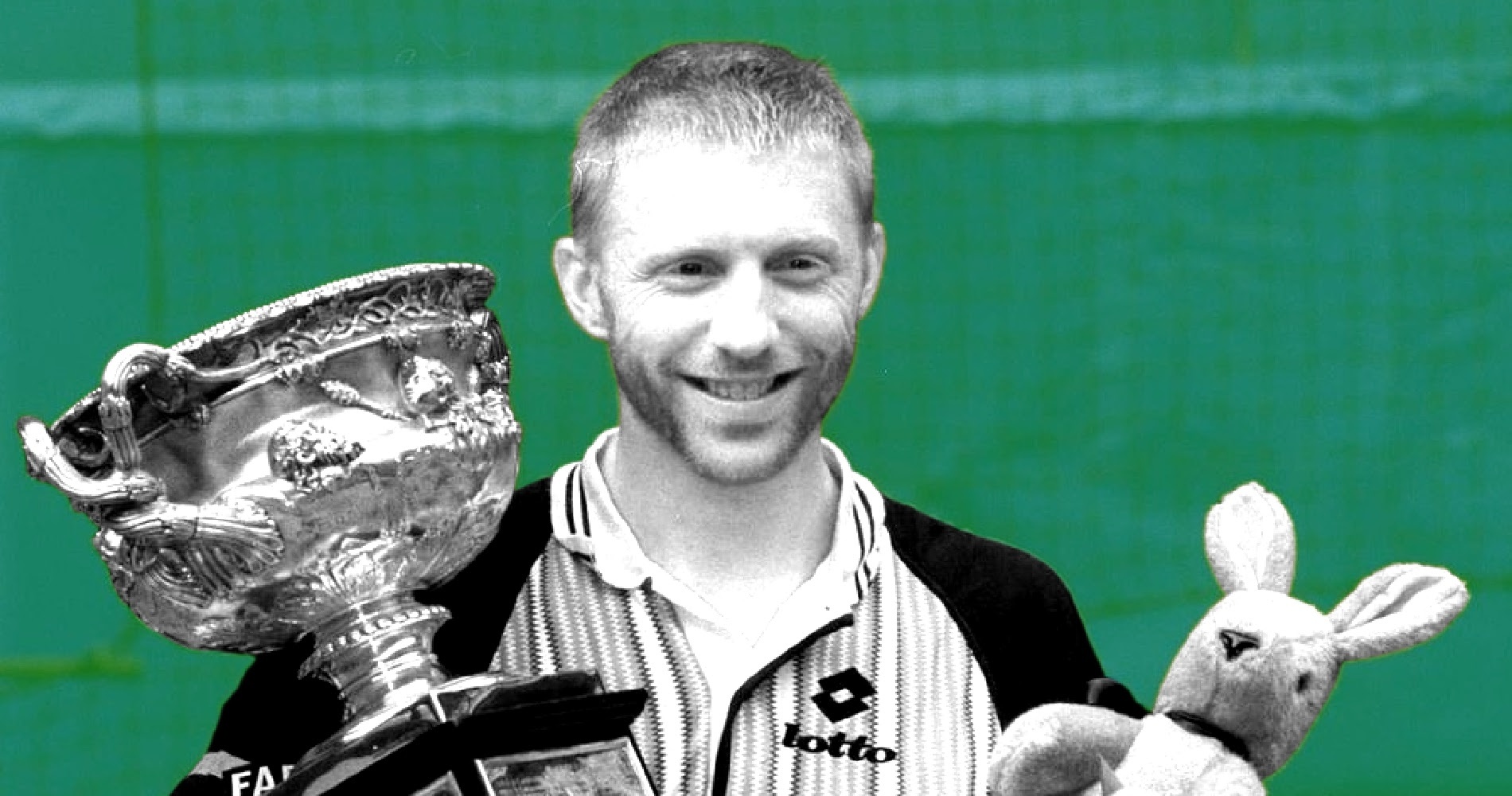