Manhandled by an uninhibited Cédric Pioline and disturbed by a painful shoulder, Patrick Rafter abandoned in the first round of the US Open on August 31, 1999. The two-time defending champion then left the court at Stade Arthur-Ashe to the boos of an audience plunged into complete incomprehension. 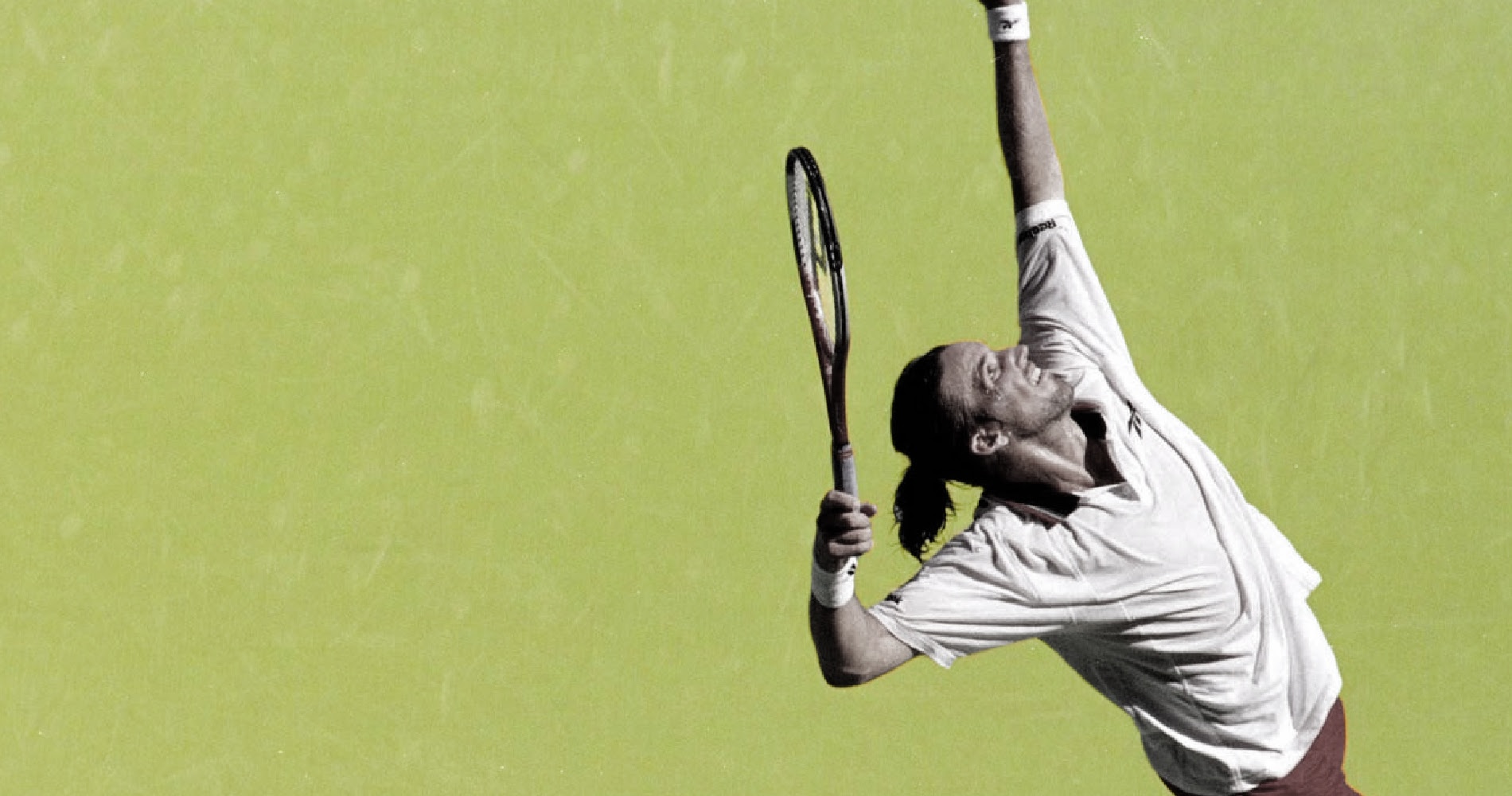 On this day, August 31, 1999, Patrick Rafter became the first defending champion in US Open history to be defeated in the first round. The Australian, who had claimed two consecutive titles in New York in 1997 and 1998, was forced to retire in the beginning of the fifth set, due to shoulder injury, after his opponent, Frenchman Cédric Pioline, had come back from two sets down. Although Rafter was known for his sportsmanship, he was harshly booed by the Arthur Ashe Stadium audience, who didn’t really understand what had happened.

In 1998, his disappointing results in the first half of the season made John McEnroe criticize him as a one-shot Grand Slam winner and Pete Sampras expressed that he would need a second Major title to be called a great player. As a response, in summer 1998, Pat Rafter would claim the titles in Toronto and Cincinnati (edging there…Sampras in the final, 1-6 7-6 6-4). Surfing the wave, Rafter would conquer a second US Open crown, defeating Pistol Pete a second time (6-7 6-4 2-6 6-4 6-3) before he beat fellow Australian Mark Philippoussis (6-3 3-6 6-2 6-0) in the first 100% Aussie Grand Slam final since 1970. In July 1999, shortly after reaching the semi-final at Wimbledon, he reached world No 1 for only one week, before being overtaken by Andre Agassi. He was described by Bud Collins as “a humble man known for a gracious manner on the court, great generosity and a gentlemanly demeanor at all times”. 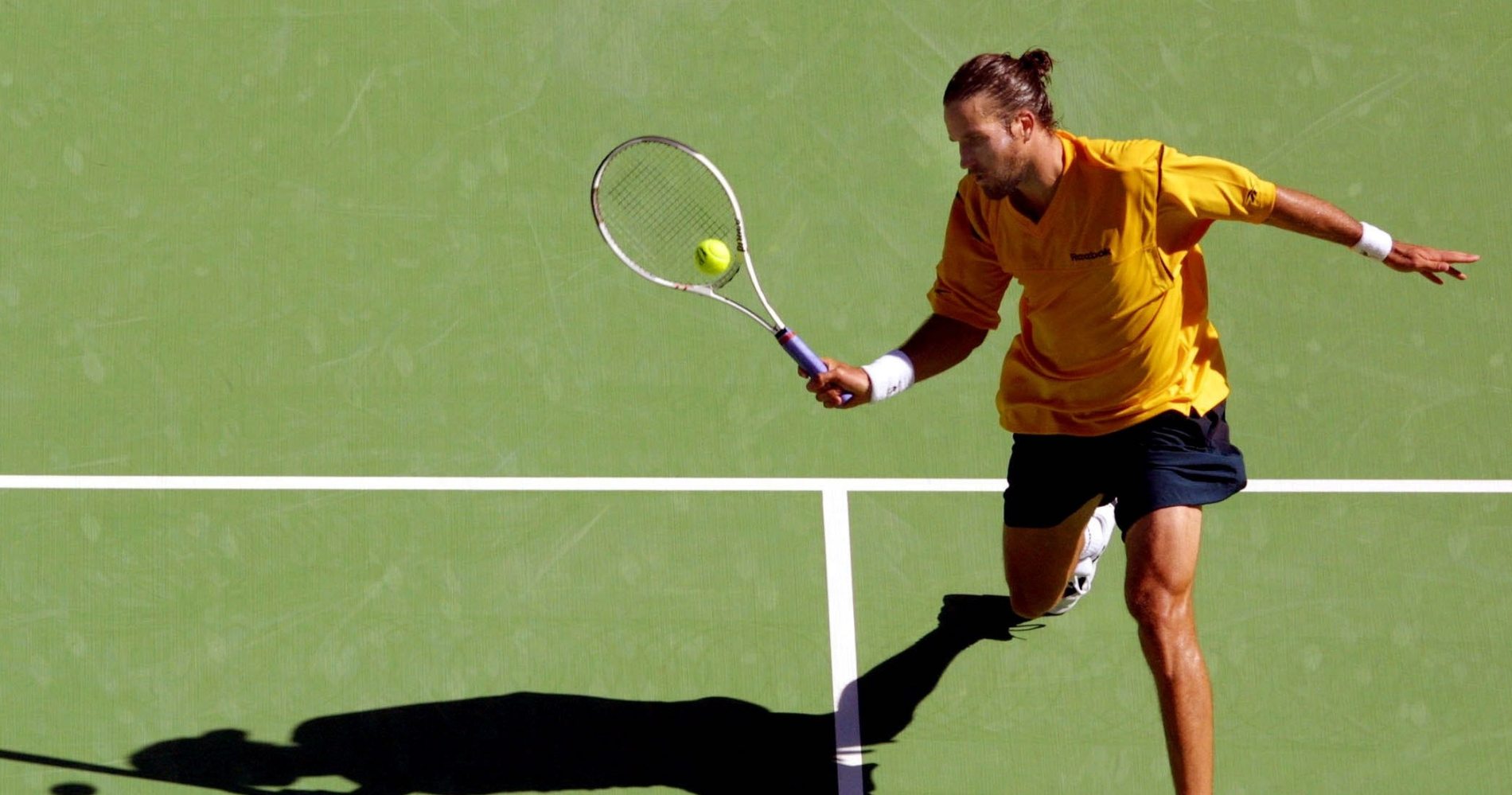 Cédric Pioline was born in 1969. He entered the top 100 in 1991, and he obtained his first remarkable result the next year, reaching a first final on the tour in Lyon (lost to Pete Sampras, 6-4, 6-2). His breakthrough year was 1993, when he finished runner-up at the Monte-Carlo Open (defeated by Sergi Bruguera, 7-6, 6-0), and above all, he made his way to the US Open final, where he was once again beaten by Sampras (6-4, 6-4, 6-3). A few months after this outstanding performance, the Frenchman obtained a career-high ranking as world No 9.

The US Open (known as the US Nationals before 1968 and the start of the Open Era), was established in 1881, and, although it is the only Grand Slam to have been played every single year without an interruption since its beginning, it moved several times locations throughout the 20th century. First held in August 1881 on grass courts at the Newport Casino, on Rhode Island, the tournament moved to New-York in 1915, where it was held at the West Side Tennis Club, at Forest Hills until 1977 (with the exception of years 1921-1923, when the event was moved to Philadelphia). At Forest Hills, the Center Court built in 1924 could host 14,000 spectators.

In 1978, the US Open left the West Side Tennis Club, who was now too small for such an important event, for the USTA National Tennis Center, located in Flushing Meadows, New-York. The Tennis Center was one of the biggest tennis complexes in the world :  its center court was the Louis Armstrong Stadium, which had a capacity of 14,000 spectators. In 1997, a new center court, the Arthur Ashe Stadium, was inaugurated. With 23,000 seats, it was the biggest tennis arena in the world.

In the eyes of the experts, the 1999 US Open, was a big challenge for Patrick Rafter. The pony-tailed Australian, double defending champion in New York, had reached world No 1 for only one week in July, becoming one of five players to hold that spot since the beginning of the season (along with Pete Sampras, Carlos Moya, Yevgeny Kafelnikov and Andre Agassi). His very short reign had drawn criticism upon him as well as the ranking system, and he knew that only a great performance in New York could silence the critics. He was in good shape in Cincinnati, where he had reached the final (only defeated by Sampras, 7-6, 6-3), but unfortunately, he suffered from shoulder tendinitis in the following weeks. In his last tournament, in Indianapolis, he was forced to withdraw before his third round against Jan Siemerink.

Facing former US Open runner-up Cédric Pioline in the first round was not an easy start for Rafter. Nevertheless, despite a painful shoulder and a tough opponent, the Aussie took a great start and took the two first sets, 6-4, 6-4. Yet, as the match went on, his serves got slower and slower, ruining his serve-and-volley tactics and allowing Pioline to dictate the game. The Frenchman leveled the match by winning the third and the fourth set, 6-3, 7-5.

At the start of the last set, after Pioline broke his serve, Rafter decided that he was in too much pain to continue. Coming to the net, he went to shake his opponent’s hand. The Arthur Ashe Stadium public was not happy at all about his default, and the fans unfairly booed the double US Open champion as he left the arena.

“Once one person starts booing I guess the rest of them do,” said Rafter, quoted by The New York Post. “It’s very sad. I mean, what can I do? It is very disappointing. I played here the last two years. I had very good reception. To be booed off, that hurts, no doubt about it.”

Even his opponent was not impressed by the spectator’s reaction.

“I didn’t think that was fair,” Pioline said, according to The Los Angeles Times. “If he gave up, it is because he had a serious problem. I mean, he’s defending champion here. He won the last two years. He loved the tournament. I think it’s not fair from the crowd.”

Patrick Rafter would never become world No 1 again, and his one-week reign would remain the shortest in tennis history.