December 5, 1988: The day Boris Becker claimed his first title at the Masters Cup

On this day, Boris Becker, world No 4 at the time, defeated world No 2 Ivan Lendl to claim his first title at the Masters Cup. 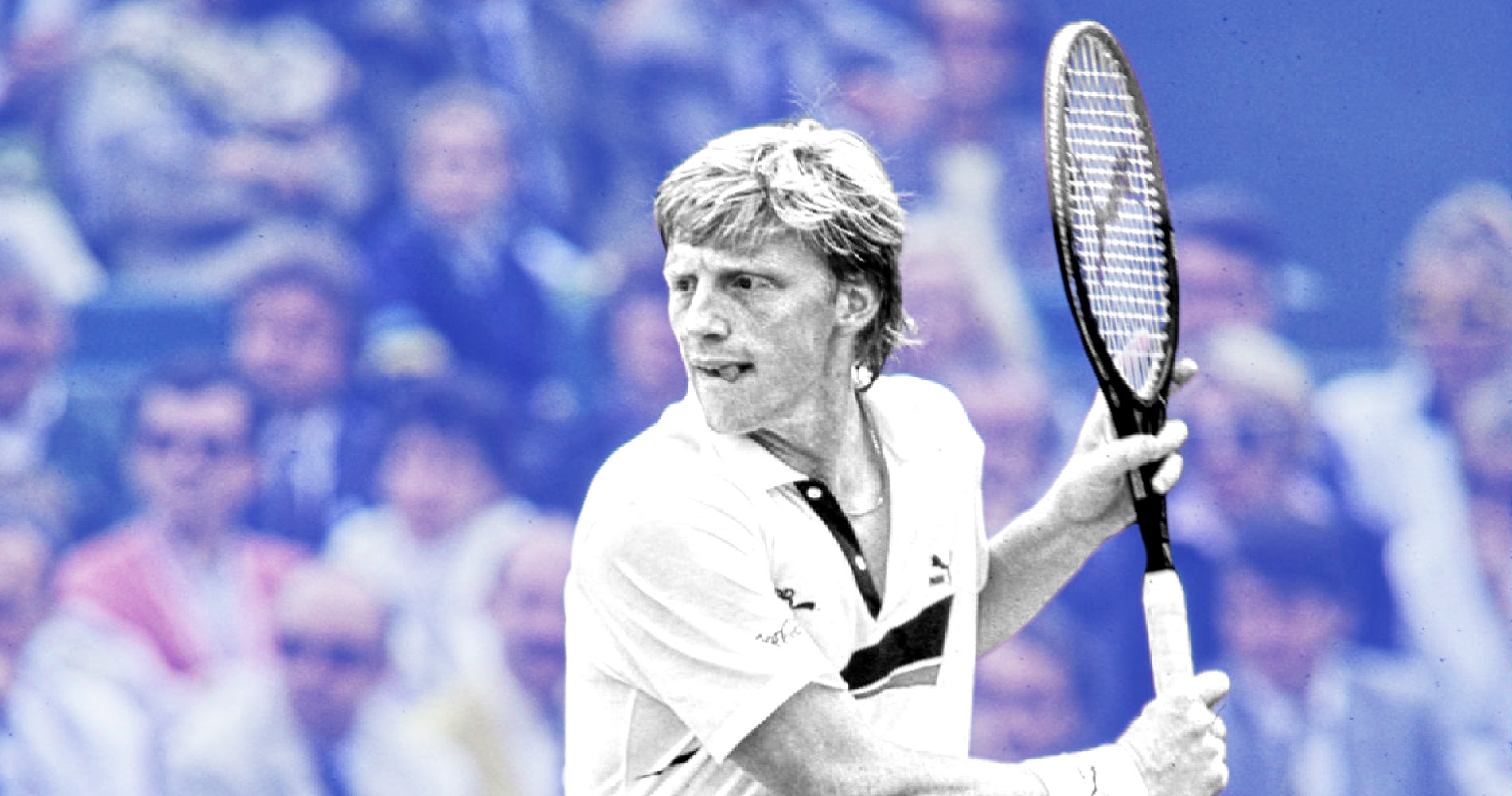 On this day, December 5, 1988, Boris Becker, world No 4 at the time, defeated world No 2 Ivan Lendl to claim his first title at the Masters Cup (5-7, 7-6, 3-6, 6-2, 7-6). After  almost five hours of a tough fight, Becker won the longest final in the tournament’s history after, on the match point, his backhand hit the tape and fell over the net to conclude a 37-shot rally. It was the German’s first major title since Wimbledon 1986, and it was a prequel to 1989, one of his best seasons on the tour.

Boris Becker was born in 1967. In 1985, the German became the youngest ever Wimbledon champion at the age of 17, defeating Kevin Curren in the final (6-3, 6-7, 7-6, 6-4). His powerful serve, which he often followed to the net, earned him the nickname “Boom Boom”. He was famous for his spectacular diving volleys, as well as for his dramatic play and emotional outbursts. With his great power, Becker successfully defended his Wimbledon crown in 1986, defeating world no.1 Ivan Lendl in the final (6-4, 6-3, 7-5). The young German climbed to world No 2, but then, he went through a hard 1987 season, overwhelmed by his stardom and all the expectations around him, as he was not even 20 years old. In 1988, despite reaching the final at Wimbledon (defeated by his new grass-court rival, Stefan Edberg, 4-6, 7-6, 6-4, 6-2), Becker was still disappointed by his results, as he hadn’t clinched a major crown in more than two years. Injured after the US Open, he came back spectacularly at the end of October, claiming two consecutive titles in Tokyo and Stockholm. He appeared to be ready for the two main events remaining in 1988, the Masters Cup and the Davis Cup final against Sweden. 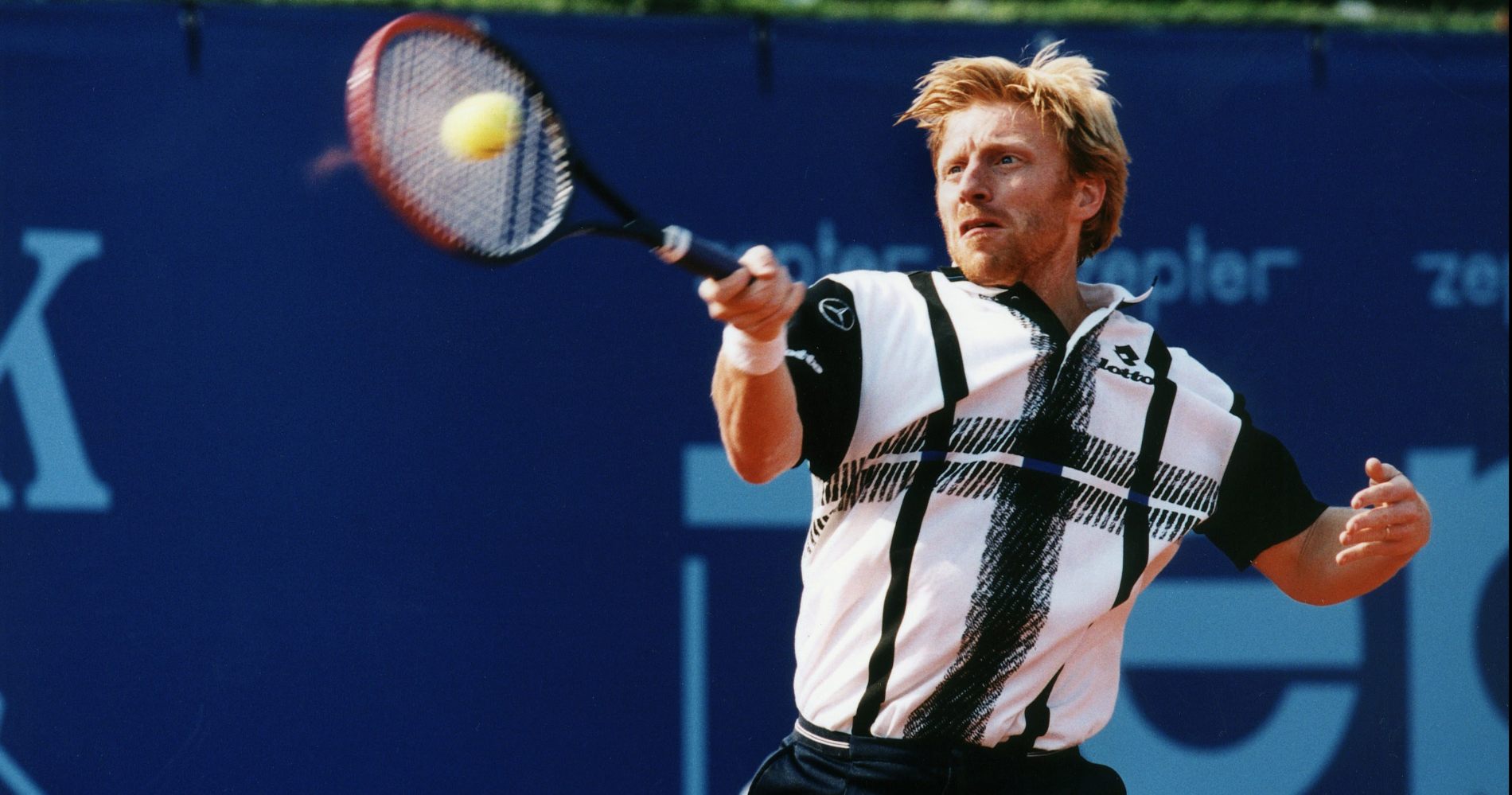 Born in 1960, Ivan Lendl set new standards in the baseline game, with a very powerful topspin forehand that allowed him to play aggressively while staying extremely consistent, pushing his opponents into a very tough physical challenge. He also set new standards in work ethics, practicing more than anyone before, paying attention to his fitness and to his diet in a way which tennis players were not used to. After turning professional in 1978, he stood as one of the four best players in the world since 1980, along with Bjorn Borg, John McEnroe and Jimmy Connors. Although he had won dozens of ATP tournaments, including the Grand Prix Masters in 1982 (defeating Vitas Gerulaitis, 6-7, 2-6, 7-6, 6-2, 6-4), he didn’t claim a Grand Slam title before 1984. In fact, he had been defeated four times in Grand Slam finals, once in Roland-Garros (in 1981, defeated by Bjorn Borg), twice at the US Open (beaten by Jimmy Connors in 1982 and 1983), and once at the Australian Open (lost to Mats Wilander in 1983). In 1984, Lendl eventually triumphed at the 1984 Roland-Garros, defeating John McEnroe in an epic final where he came back from two sets down to lift his first Grand Slam trophy (3-6, 2-6, 6-4, 7-5, 7-5). In 1985, he reached the final at the French Open (defeated once again by Wilander), but at the US Open, a few weeks after becoming world no.1 again, he claimed a second Grand Slam crown, beating John McEnroe in the final (7-6, 6-3, 6-4). In the following years, Lendl dominated the game, clinching four Grand Slam titles at Roland-Garros and the US Open, in 1986 and 1987. He hadn’t managed to triumph at Wimbledon, although he finished runner-up twice, in 1986 (to the young defending champion Boris Becker, 6-4, 6-3, 7-5) and 1987 (defeated by Pat Cash, 7-6, 6-2, 7-5). In 1988, Lendl’s domination had been challenged by Mats Wilander, who had taken the No 1 spot after winning three out of the four Grand Slams, beating him in the US Open final (6-4, 4-6, 6-3, 5-7, 6-4). After his loss at Flushing Meadows, the Czech had to undergo shoulder surgery, and he wasn’t able to compete before the Masters Cup, which he entered as world No 2.

Founded in 1970, the year-end Masters Cup was the final showdown between the eight best players in the world. Held in a different location every year at the start, in settled at the Madison Square Garden, in New York, from 1977 until 1989.  As only the eight top players of the year qualify for the event, the list of its former champions is nothing short of impressive. Ivan Lendl was one of the best performers at the Masters Cup, where appeared in the final every year since 1981, having claimed the title five times already.

This final of the Masters Cup featured two players who were still chasing a major title in 1988. For the first time since 1983, Ivan Lendl had not managed to claim a Grand Slam crown this year, and as a consequence, he had lost his No 1 spot to Mats Wilander. Boris Becker, aged only 21, remained without a major title since Wimbledon 1986. For someone who had won his first Grand Slam at the age of 17, it was a long time without lifting a trophy.

The two players knew each other quite well. They had faced each other 11 times already, and Lendl had prevailed 7 times. In fact, the Czech had even defeated the German in the two last finals of the Masters Cup, in 1986 and 1987.

Lendl had just come back after shoulder surgery, and he had declared that the Masters  Cup was not the end of his 1988 season, but the start of his 1989 campaign. On the other hand, Becker’s 1988 season was far from being over: he had claimed two consecutive titles prior to the event, and he had another big opportunity coming, the Davis Cup final against Sweden.

In a high-level final, Becker showed his recent improvements from the baseline. He was now moving better, and his groundstrokes were deeper, which allowed him to choose whenever he wanted to come to the net instead of rushing there on every point. This was a new challenge for Lendl, who probably expected shorter rallies and more passing shots. Despite the constant pressure put on him by the German, the Czech kept up with him, relying on a sharp serve and on his powerful groundstrokes. The match turned into a marathon.

“Physically, it was the hardest match I’ve ever played. (…) At the end, I was just playing” Becker said, according to The New York Times. ”I didn’t even know the score.”

In the fifth set, Lendl broke Becker’s serve at 5-5, but he failed to seal the match in the following game, and a deciding tiebreak was played. When the German obtained a match point at 6-5, the players engaged into a 37-shot rally, which ended when a last backhand from Becker hit the tape and fell over the net. For a few seconds, the two men froze in disbelief, struggling to realize that their four-hour and 42-minute combat had ended on such a lucky shot. “At first I couldn’t see where the ball had landed, and I was waiting for the umpire to call a direction. To win after my shot hit the net cord, I think an angel was smiling at me”, Becker would recall in 2018.

After the final, Becker couldn’t be happier about his result.

”I’m at the stage of my career and life where I’ve learned a few lessons,” ”But nothing good comes easy. It took a long time since I’ve had that kind of win. My last big moment was at Wimbledon in 1986. (…) ‘This tournament ‘has a lot to do with prestige and pride. Beating Ivan in the final gives me even more satisfaction. I am playing the very best tennis of my life.”

Despite the awkward match point, which might have made him bitter, Lendl appeared to be satisfied with his performance in his press conference. ”It was a great match. There was nothing more I could have done to win it.”  Thirty years later, he would recall that “getting to the finals after the shoulder surgery was a major achievement for me.”

Boris Becker was right when he said that he was playing the best tennis of his life. 1989 would probably remain as his peak year: reaching the semi-finals at Roland-Garros, he would claim a third and last title at Wimbledon (defeating Stefan Edberg in their third consecutive final clash at the All England Club, 6-0, 7-6, 6-4) before triumphing at the US Open for the first time (beating Ivan Lendl in the final, 7-6, 1-6, 6-3, 7-6). A few months later, in December 1989, only a few weeks after the Fall of the Berlin Wall, Becker would lead the German team to its second Davis Cup title.

Ivan Lendl would reclaim the world No 1 spot on January 30, 1989, after his first success at the Australian Open (defeating Miloslav Mecir in the final, 6-2, 6-2, 6-2). After a memorable loss to Michael Chang at Roland-Garros, he would be defeated by Becker in the semi-finals at Wimbledon and in the final at Flushing Meadows, but he would finish the season as world No 1 for the fourth and last time.