Tennis Majors > Our features > On this day > February 24, 1984: The day Connors and McEnroe finally join forces in Davis Cup

Not so convinced by the interest to make himself available for the Davis Cup, Jimmy Connors had never played a tie with John McEnroe until February 24, 1984, with the United States playing Romania in Bucharest. The Americans secured the win, but were unable to grab the trophy at the end. 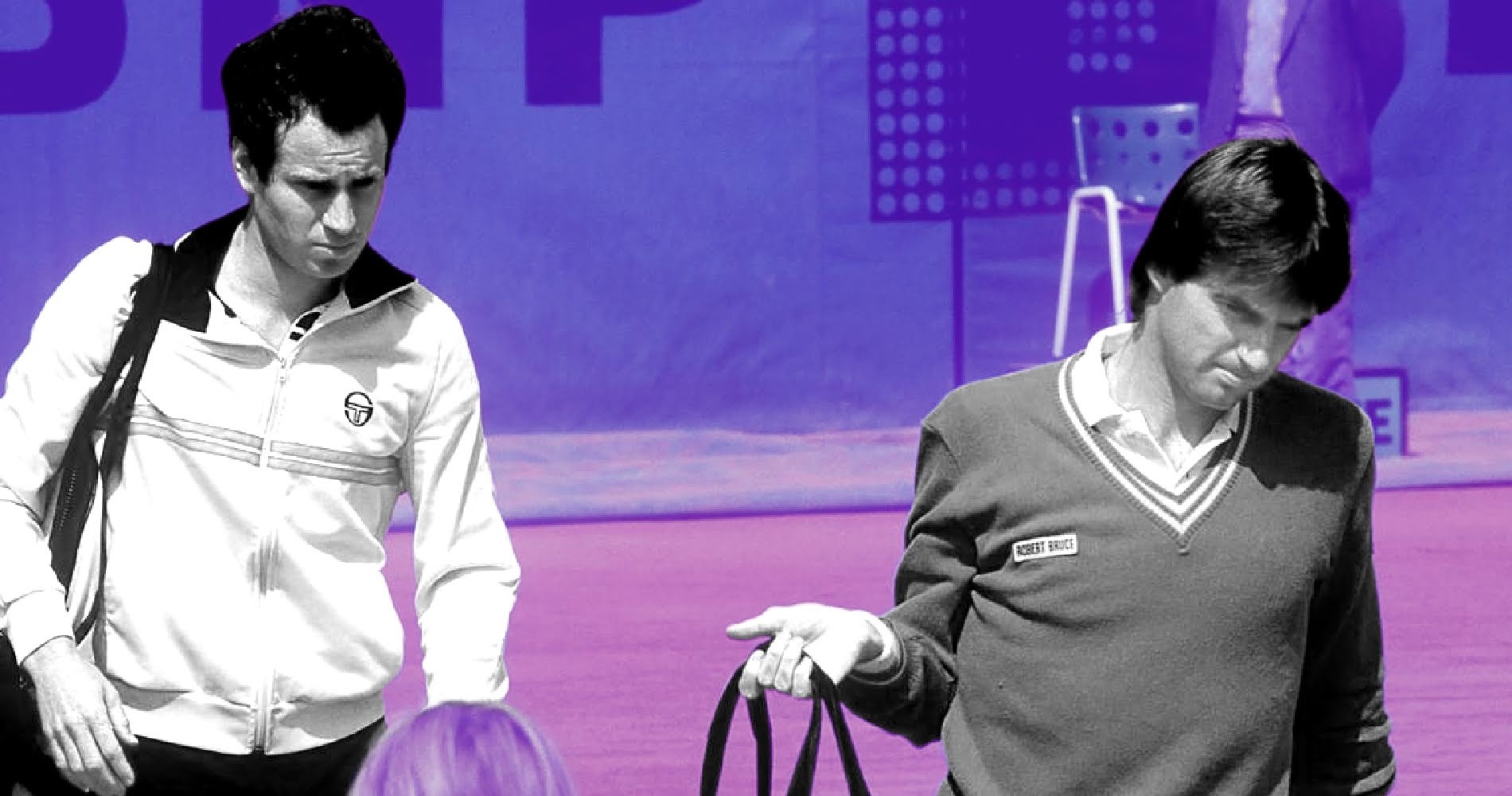 What happened exactly on that day: Connors and McEnroe finally together in the US Davis Cup team

On this day, February 24, 1984, Jimmy Connors and John McEnroe teamed up in a Davis Cup tie for the first time, under the captaincy of Arthur Ashe, to beat Romania without dropping a single set. While McEnroe had always been a great Davis Cup player, having won the competition four times already, Connors had shown little interest in playing under the American flag. With the two best players in the world, Ashe started 1984 with a dream team, but despite his efforts, Connors and McEnroe would never get along and they would be defeated in the final by Sweden.

The people involved: The two bad boys of US tennis

John McEnroe, born in 1959, was world No 2, having already spent 99 weeks as world No 1. The lefty from New York had amazed the tennis world since his first steps on the tour, in 1977, when at the age of 17, showing up at Wimbledon as an amateur, he made his way out of the qualifications unto the semi-finals. “Mac” was very talented, his game being based on precision and touch on top of an iconic and lethal serve. In 1979, he became the youngest ever US Open Champion, defeating Vitas Gerulaitis (7-5, 6-3, 6-3). That year, he also made quite a sensation by beating Bjorn Borg (7-5, 4-6, 6-2, 7-6) to win the WTC Finals. At the start of 1984, he had already claimed five Grand Slam titles, including three US Open and two Wimbledon crowns. His most famous match was the 1980 Wimbledon final, where he lost in five sets against Borg, after winning an outstanding tiebreak in the fourth set (18-16). McEnroe, who had also been world N.1 in doubles, was a fierce Davis Cup player, who had led his team to the title four times, in 1978, 1979, 1981 and 1982.

Jimmy Connors, born in 1952, was one of the greatest tennis players of his time. Coached by his mother Gloria, Connors was one of the first few players to hit the ball flat and mainly from the baseline. Hitting the ball on the rise, his game would be very influential for future generations of tennis players. “Jimbo” turned pro in 1972 and became world N.1 by 1974. In fact, that year he won three out of the four Grand Slam tournaments, and was not permitted to participate in Roland-Garros, the fourth one, due to a lawsuit he filed against the ATP. He stayed at the top spot of the ATP Rankings for a record of 160 weeks in a row, from 1974 to 1977. Losing his throne to Bjorn Borg on August 23, 1977, for just one week (!), he reclaimed it for another 84 weeks, until the spring of 1979. He had won five Grand Slams titles until that day: the Australian Open (1974), Wimbledon (1974) and the US Open (1974, 1976, 1978). In the years 1979-1981, Connors did not perform as well as in his peak years, not reaching any Grand Slam final. He made a blasting come-back in 1982-83, becoming world no.1 again by claiming three more Grand Slam titles: Wimbledon in 1982, and the US Open in 1982 and 1983,  taking his total of Major titles to eight. In February 1984, he was world No 3. 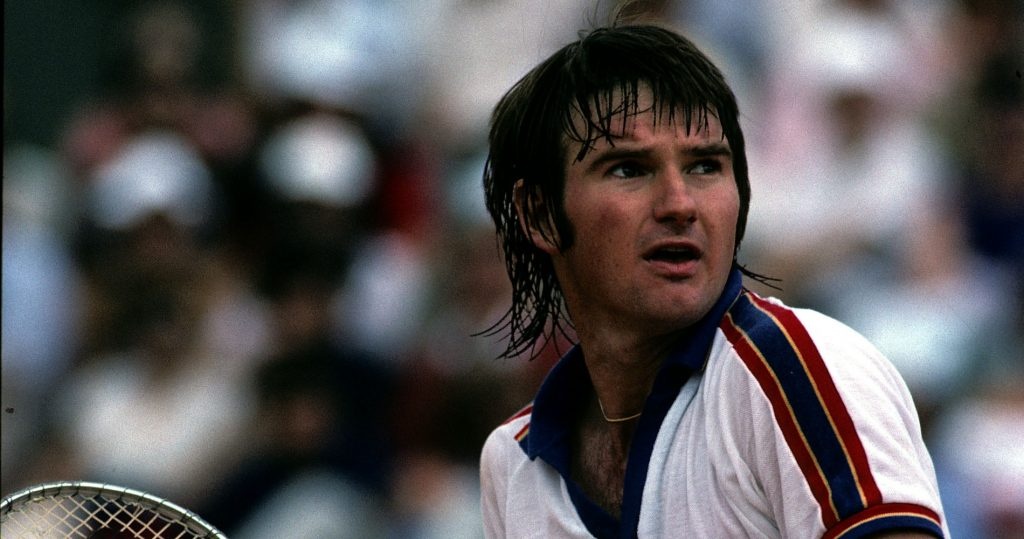 Both players were known for their shocking on-court behaviour in the well-mannered world of tennis.  They were sometimes vulgar and their constant quarreling with the officials did not go unnoticed in a gentleman’s sport.

The place: The Sports Palace, Bucharest

The 1984 Davis Cup first-round tie between Romania and the United States was held on indoor carpet in Bucharest, at the Sports Palace, a venue built in 1974 with a capacity of 5,300 spectators.

The facts: Connors finally convinced by his manager, easy first-round win for the USA

Throughout his long and successful career, Jimmy Connors had never shown much interest in playing the Davis Cup. In 1972, as a 19-year-old, he was a part of the US team for the first time, but he was openly annoyed when the captain Dennis Ralston chose Tom Gorman and Erik van Dillen to play on the opening day. At the time, players didn’t get paid to play for their country, and Connors prioritized cash over patriotism. On top of that, Jimbo and his manager, Bill Riordan, had filed a lawsuit not only against the ATP, after he was banned from the 1974 French Open. But also against Arthur Ashe, who often competed in the Davis Cup, but also became the American captain after his retirement.

“Jimmy had so little sense of, or interest in, Davis Cup legend and lore”, Ashe once said.

On the contrary, his rival, John McEnroe, always thought that the Davis Cup was something special, and he had led his team to the title in 1978, 1979, 1981 and 1982. All this time, the two American legends, who genuinely despised each other, had never played together in the Davis Cup, as Connors made only one appearance, in 1981.

This time though, Ashe had finally convinced Connors to team up with McEnroe under the American flag. More accurately, as Ashe wrote later in his book, Days of Grace, it was Connors’ manager, Donald Dell, who did the job:

“Dell, a former Cup captain, had argued to Jimmy and his mother, Gloria, that no American had ever achieved legendary status without playing Davis Cup, so Jimmy agreed to play.”

On February 24, 1984, on the opening day of the Davis Cup first round, the Romaninan players faced an American dream team which they had no way of challenging. Their best player, Florin Segarceanu, was ranked only 89 in the world, and their second player, Ilie Nastase, the former world No 1, was now 37 and only a shadow of his former self. In the opening match, Connors dismissed Segarceanu (6-2, 6-3, 6-4) and McEnroe easily beat Nastase (6-2, 6-4, 6-2). “Nasty” played his usual tricks to break McEnroe’s concentration, but he was not in a shape to threaten the American. 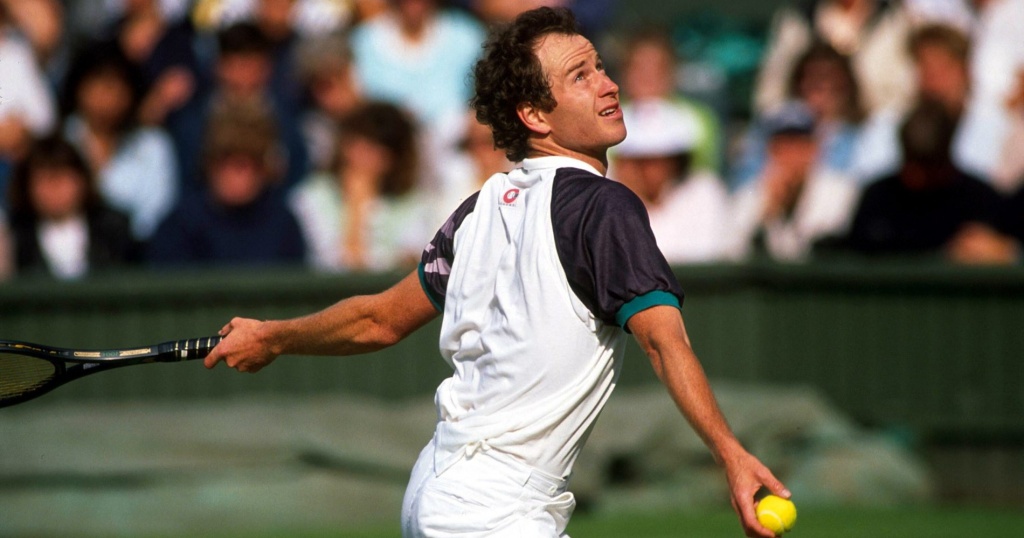 According to Sports Illustrated, McEnroe said about Nastase:

“I tell you what he should do. He shouldn’t play events like this. He should get in shape, work at his game a little bit, and I guarantee he’d be in the top 30 in the world. Then he wouldn’t have to pull all the crap he does. He’s making a fool of himself, and he’s not winning. What could be worse than that?”

The United States sealed the tie on the following day, when McEnroe and Peter Fleming prevailed against Segarceanu and Nastase, 6-3, 6-4, 6-4).

What next: No Davis Cup title for Connors, one more for McEnroe

The American dream team would reach the final of the 1984 Davis Cup, but, although McEnroe was the undisputed world No 1 and Connors the world No 2, they would be heavily defeated by Sweden. Their inability to get along would be one of the reasons for this stampede. According to McEnroe, despite the value of the Swedish team and the surface issue, the United States would lose the tie before it had even started.

“What’s the opposite of team spirit? That’s what we had in Göteborg”, would he write in his book.

Connors would never appear in the Davis Cup after 1984, but McEnroe would claim a fifth title, in 1992, as a doubles player, with a dream team of a new kind: Pete Sampras, Andre Agassi  and Jim Courier.