Every day, Tennis Majors takes you back in time to relive a tennis event which happened on this specific day. On July 18, 1999, Todd Martin and Patrick Rafter played an epic and controversial Davis Cup match. 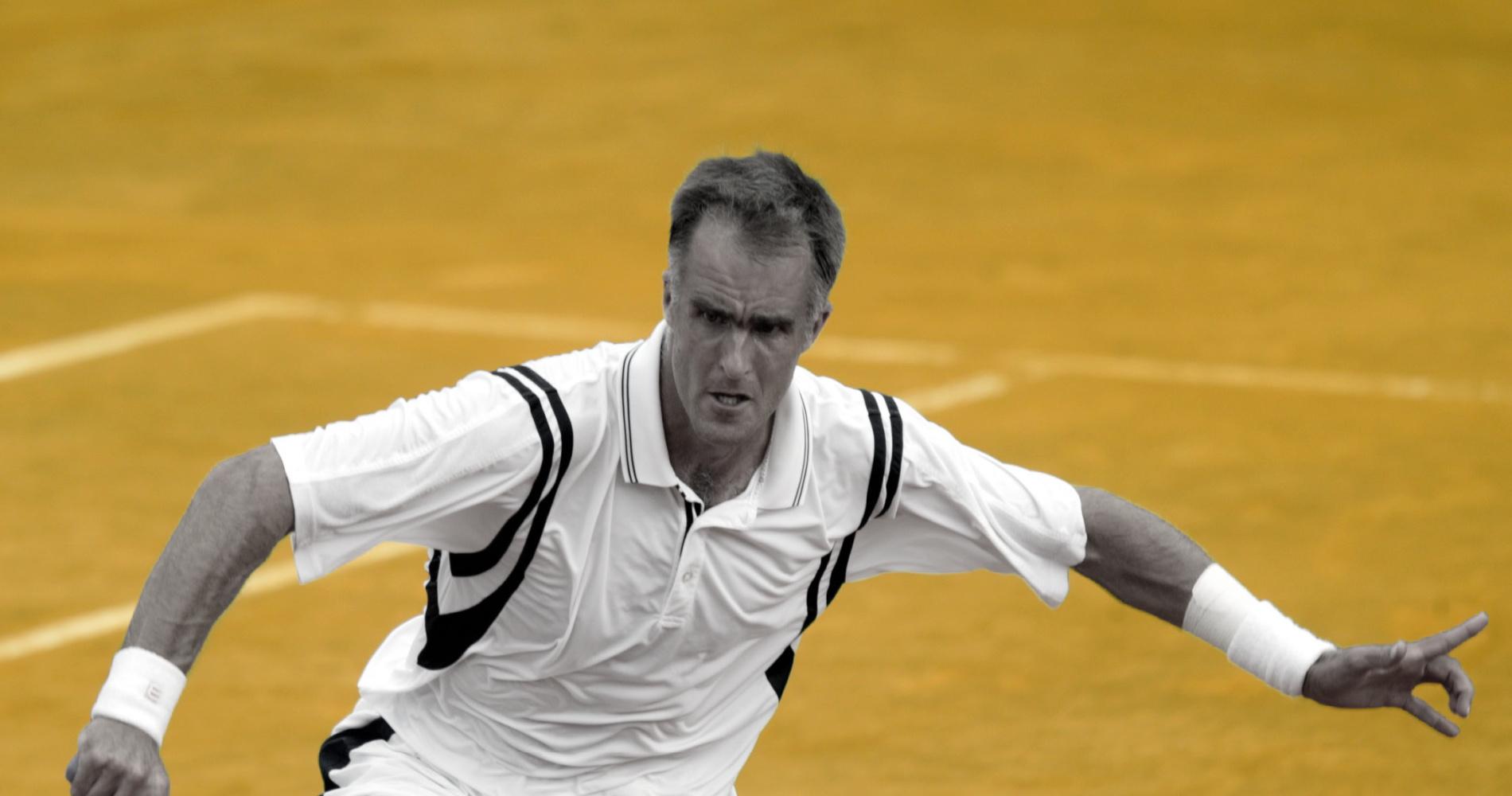 On this day, July 18, 1999, in the Davis Cup quarter-finals, Todd Martin, representing the USA, played against Patrick Rafter after his captain, Tom Gullikson, had tried to replace him in the last minute by Pete Sampras because of alleged sickness. This substitution was not allowed by the rules at the time without the approval of a neutral doctor. Although he was supposed to have been suffering from heatstroke, the American was deemed fit to play, and he even managed to lead two sets to love, before Rafter came back to send the Australian team into the semi-finals, 4-6 5-7 6-3 6-2 6-4.

In 1998, his disappointing results in the first half of the season made John McEnroe criticise him as a one-slam wonder and Pete Sampras expressed that he would need a second Major title to be called a great player. As a response, in summer 1998, Rafter would claim the titles in Toronto and Cincinnati (edging there…Sampras in the final, 1-6, 7-6, 6-4). Surfing the wave, Rafter would collect a second US Open crown, defeating Pistol Pete a second time (6-7, 6-4, 2-6, 6-4, 6-3) before he beat fellow Australian Mark Philippoussis (6-3, 3-6, 6-2 ,6-0) in the first 100 percent Aussie Grand Slam final since 1970. He was described by Bud Collins as “a humble man known for a gracious manner on the court, great generosity and a gentlemanly demeanor at all times”.

In the following years, Todd Martin’s serve and volley game helped him reaching the semi-finals a second times in London in 1996 (defeated by MaliVai Washington, 5-7, 6-4, 6-7, 6-3, 10-8). Todd Martin had also claimed eight titles on the tour, the last one at the 1999 Sydney Open, where he beat Alex Corretja in the final (6-3, 7-6). Injured in 1997, he would come back in 1998 without performing well in major tournaments, but in 1999, he was back in the top 10 after reaching the quarter-finals at both the Australian Open and Wimbledon.

This Davis Cup tie was held on hard court at the Longwood Cricket Club, in Chestnut Hill, Massachusetts. Located on the outskirts of Boston, this prestigious venue had hosted fourteen Davis Cup ties between 1903 and 1957. Forty years later, the Davis Cup was back in Chestnut Hill for a quarter-final encounter between the USA, led by Pete Sampras, and Australia, led by Patrick Rafter.

Controversy had started before the 1999 Davis Cup quarter-final between the USA and Australia had even begun. The American Pete Sampras, who was still world No 1 and had just triumphed at Wimbledon, came with his national team just to play doubles. Asked by the journalists, this is how Sampras explained this matter of fact :

“After what Jim and Todd did in England, the last thing I wanted to do was kind of come along the team and jump on the bandwagon and that is why I have said for the past couple of months that I was just going to play doubles. Jim and Todd deserve to play singles.”

The American captain, Tom Gullikson, then suggested than Todd Martin was ill and might  not be able to play the fourth match against Pat Rafter, and he might be replaced by Pete Sampras.

At the time, the Davis Cup rules did not allow a captain to make that kind of substitution unless a neutral doctor declared the player unfit for play. On top of that, Todd Martin stated he felt fine and was ready to play.

On Sunday morning,  Martin, after a warm-up with Jim Courier, said he was suffering from heatstroke. Although the US doctor supported his claim, the neutral doctor, Richard Paul, refused to declare the player unfit to play.

After he had been given intravenous fluids, Todd Martin went on court to face the Australian No 1, Patrick Rafter, who had been waiting for hours to find out the name of his opponent, worried at the idea that he could be facing Pete Sampras.

Rafter and Martin had faced each other just a couple of weeks before, in a Wimbledon quarter-final won by the Aussie (6-3, 6-7, 7-6, 7-6). In the first two sets, it appeared that, even if the turn of events had maybe disturbed Rafter, Richard Paul was maybe right : Martin seemed pretty fit to play, taking a two-set lead, 6-4 7-5.

In the next sets, his level dropped dramatically. Maybe he was sick in the end. Pat Rafter took the third and the fourth set, 6-3 6-2.

Todd Martin had not given up yet, no matter how tired he was. Risking his health, he kept fighting and managed to break Rafter’s serve twice, only to see the Aussie leveling the score each time. In the end, it was Rafter who prevailed, 6-4 in the fifth set.

Opinions varied when it came to discuss Todd Martin’s sickness and his captain’s attempt to replace him with world No 1, Pete Sampras. The Australian captain, John Newcombe, was skeptical :

“I don’t know. He played three-and-a-half hours of pretty good tennis in the heat and had Pat two-sets-to-love down and down two breaks in the fifth. I think that speaks for itself.”

”You’re not going to get a better sportsman in the world than Todd,” Rafter said. ”I have a lot of respect for Todd; I never once saw Todd trying to pull something over on me. I saw him out on the court and he didn’t look great. He looked very pale in the beginning. But as the match got along, he got more and more into it, and I knew then that I’m in a lot of trouble.”

What next: Australia win Davis Cup title for 27th time

In December 1999, Australia would claim its 27th Davis Cup title, beating the French team in the final, without Patrick Rafter, injured, but with a pumped-up Mark Philippoussis.

The Davis Cup rules would change several times over the years, but they would become more flexible for the captains who wanted to pick a different player on the Sunday.