Every day, Tennis Majors takes you back in time to relive a tennis event which happened on this specific day. On June 11, 1989, Chang defeated Stefan Edberg to become the youngest man to win a Grand Slam title 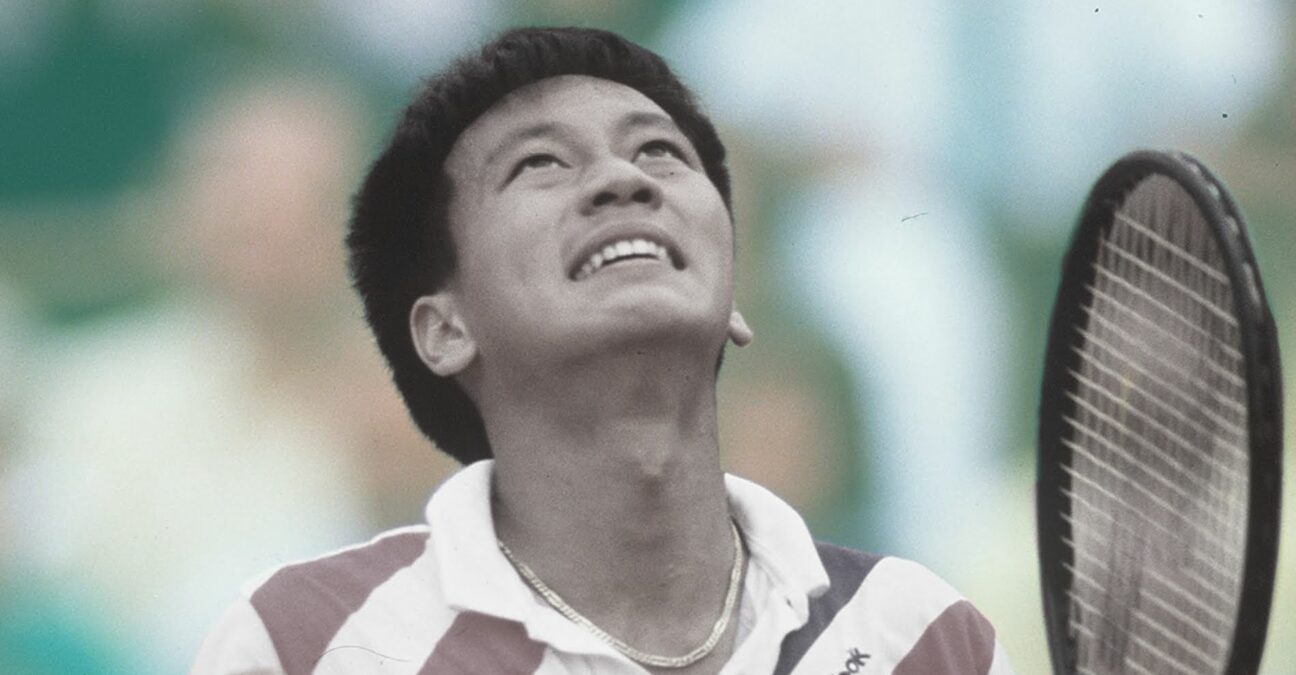 On this day, June 11, 1989, Michael Chang, aged 17 years and three months, became the youngest man to ever win a Grand Slam tournament, beating Stefan Edberg in the Roland-Garros final after being down two-sets-to-one (6-1, 3-6, 4-6, 6-4, 6-2). On his way to the final, Chang pulled off a major shock by beating world No 1 Ivan Lendl in the fourth round. It would remain Stefan Edberg’s only Roland-Garros final, and this loss would eventually prevent him from achieving a career Grand Slam.

Michael Chang was born in 1972. In 1987, at the age of 15, he became the youngest player to ever win a match at the US Open (defeating Paul McNamee). The following year, in June, aged only 16 years and 3 months, he was the youngest player to enter the top 100, and reached the fourth round of a Grand Slam tournament for the first time, in New York, where he was beaten by Andre Agassi. In 1989, he reached the quarter-finals at Indian Wells and the semi-finals at Forest Hills, on American clay, defeated by Jaime Yzaga (6-4, 6-3), which helped him climb as high as No 19 before Roland-Garros.

Stefan Edberg was born in 1966. After a highly successful junior career, (he achieved the junior Grand Slam in 1983), the Swede almost quit tennis the same year, at the age of 17, after one of his serves accidentally resulted in the death of a line judge in New York. In December 1985, a few months after a young Boris Becker had broken through by winning Wimbledon, Edberg claimed his first Grand Slam title, also on grass, at the Australian Open, defeating fellow Swede Mats Wilander in the final (6-4, 6-3, 6-3).

The story took place at Roland-Garros, Paris. The stadium, located in the west of Paris at the edge of the Bois de Boulogne forest, had been hosting the French Grand Slam since 1928. It was the first and now the only Grand Slam to be played on clay, the slowest surface, which made it the hardest tournament to win from a physical perspective. With the prominence of baseliners like Lendl or Wilander, and the topspin era, winning Roland-Garros became the biggest challenge for players like Edberg, who played an agressive game and attacked the net. In the 1980s, only one player, Yannick Noah in 1983, managed to claim the men’s title while consistently serving and volleying. 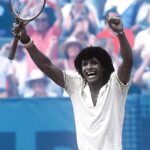 The facts: Chang beats an exhausted Edberg in five sets

In 1989, Stefan Edberg, ranked No 3 in the world, reached the quarter-finals of Roland-Garros for the second time. There, not changing anything to his usual serve-and-volley plan, the Swede delivered an exquisite performance to beat one of the favourites, Alberto Mancini, a real clay-court specialist, who had won tournaments in Rome and Monte-Carlo that year (6-1, 6-3, 7-6). In the semi-finals, Edberg faced his Wimbledon rival Becker, an encounter quite unusual on clay for these great grass-court players, and edged him out in five sets (6-3, 6-4, 5-7, 3-6, 6-2). He was now one match away from winning Roland-Garros while playing serve-and-volley, which no one, not even John McEnroe in his prime, had done since Noah in 1983 and since wooden racquets had disappeared from the tour.

Between the Swede and the Coupes des Mousquetaires stood the unlikely figure of Michael Chang. The young American, ranked No 19 at the young age of 17, had defeated another rising American player, Pete Sampras, in the second round (6-1, 6-1, 6-1), but it was in the fourth round that Change made a real name for himself and left an indelible mark in the tournament’s history. That day, against world No 1 Lendl, Chang showed unbelievable mental strength at such a young age, coming back from two-sets-to-love down to eventually win, after overcoming cramps in the fifth set. In the decider, he played with Lendl’s nerves by hitting the unforgettable underarm serve and by pushing him to double fault on match point by waiting for his second serve just behind the service line. After this huge upset, Chang stayed focused and Ronald Agenor, then Andrei Chesnokov, could not stop him from reaching his first Grand Slam final.

On Sunday, June 11, the French crowd were expecting an exciting final between those two players, with such different game styles. The first set was disappointing. Surprisingly, the youngster did not seem to feel the pressure of the occasion and retrieved almost every ball, whereas the experienced Edberg, very tight, was a shadow of his usual self. Chang easily won the first set 6-1.

In the second set, the Viking inside Edberg suddenly awoke. Gaining in depth, he could now attack the net without exposing himself to Chang’s precise passing shots. Displaying all his amazing skills at the net, the world No 3 overwhelmed Chang’s defensive game and claimed the next two sets, 6-3, 6-4. Despite Chang’s fighting spirit, Edberg now seemed out of reach as he obtained no fewer than 10 breakpoints in the fourth set. But the American, who had already proven his mental strength against Lendl, saved them all. Chang fought hard on every point, and eventually managed to break his opponent and even the score. Two sets apiece.

The match was over. Exhausted after three hours of running to the net on almost every point, and perhaps also frustrated by the numerous missed opportunities of the fourth set, Edberg collapsed in the fifth and lost 6-2. Michael Chang, 17 years old, had just won the 1989 Roland-Garros title, making him the youngest winner in men’s Grand Slam history.

Chang’s run to the title at Roland-Garros in 1989 would become a part of Roland-Garros folklore. His fourth-round match against Lendl would be considered as one the top 10 remarkable moments in the tournament’s history. His underarm serve would become almost as famous as Diego Maradona’s “Hand of God” in football.

One month after his loss against Chang, Edberg would face another disappointment in the Wimbledon final, where Becker would avenge his 1988 loss against the Swede (6-0, 7-6, 6-4). After losing a third Grand Slam final in a row at the 1990 Australian Open (this time against Lendl, 4-6, 7-6, 5-2 retired), Edberg would bounce back to win his second Wimbledon title (beating Becker) and become world No 1 on August 13, 1990, a spot he would hold for 72 weeks in total. Edberg would add two more Grand Slam titles to his list of achievements, claiming two US Open crowns in 1991 and 1992. At the end of his career, in 1996, Roland-Garros would remain the only major tournament he had never won.