Every day, Tennis Majors takes you back in time to relive a tennis event which happened on this specific day. On June 9, 1984, Martina Navratilova won Roland-Garros to complete the non-calendar Grand Slam 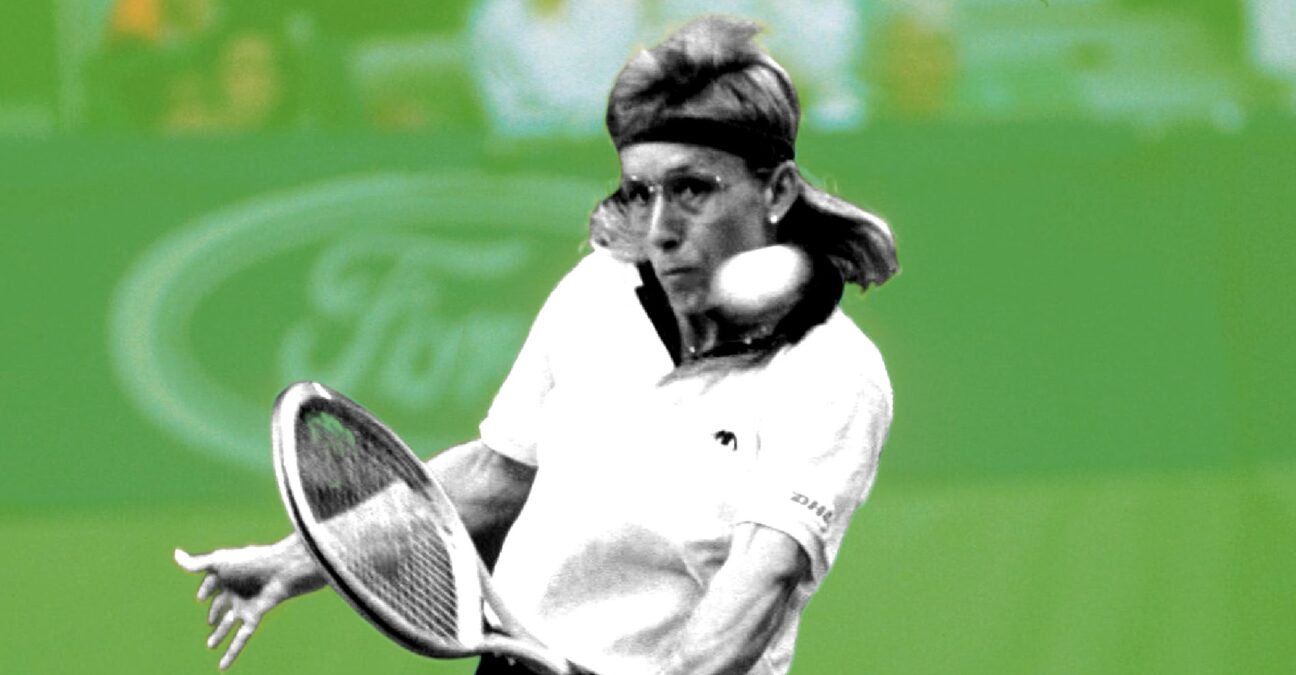 On this day, June 9, 1984, Martina Navratilova, who had been heavily dominating the women’s game for the last two years, won her fourth consecutive Grand Slam title, defeating her rival Chris Evert in the Roland-Garros final (6-3, 6-1). She was the first player to hold the four major titles at the same time since Margaret Court, who had achieved a calendar Grand Slam in 1970. In Navratilova’s case, there was a debate on whether her achievement could be called a “Grand Slam”, as her four titles were split across two seasons – nonetheless, such a feat was memorable in tennis history and showed the strength of her hold on the tour.

In 1984, Martina Navratilova, born in 1956, was the undisputed world No 1. According to her rival Chris Evert, she took the fitness to a new level in women’s tennis, introducing the idea of cross-training, playing other sports such as basketball in order to improve her physical condition. She reached the top spot for the first time in 1978, after she claimed her first Grand Slam title at Wimbledon, defeating Evert in the final (2-6, 6-4, 7-5). She successfully defended her crown at the All England Club in 1979, and in 1981, she triumphed for the first time at the Australian Open, each time defeating Evert in the final. In those years, she fought for the world No 1 spot with Evert and Tracy Austin, but from 1982, Navratilova took a strong hold on the tour.

That year, she lifted the trophy at both Roland-Garros (defeating Andrea Jaeger, 7-6, 6-1) and Wimbledon (defeating Evert, 6-1, 3-6, 6-2). In 1983, her hold on the tour changed into a complete domination, and at the US Open, she completed a career Grand Slam, defeating Evert in the final (6-1, 6-3). When she arrived at Roland-Garros in 1984, she had won the last three major tournaments and had lost only one match since the start of the season.

Chris Evert was born in 1954 in Florida. Coached by her father, she developed a game based on consistency, keeping her opponents away from the net with her deep groundstrokes, and punishing them with great passing shots if they were to take the net carelessly. She obtained her first remarkable result at the age of 16, reaching the semi-final at the US Open (defeated by world No 1, Billie Jean King, 6-3, 6-2). The list of her achievements in the 14 following years is more than impressive.

The story took place in Roland-Garros, Paris. The stadium, located in the west of Paris at the edge of the Bois de Boulogne forest, had been hosting the French Grand Slam since 1928. It was the first and now the only Grand Slam to be played on clay, the slowest surface, which made it the hardest tournament to win from a physical perspective. It was Chris Evert’s favourite surface, while Navratilova’s serve-and-volley game was more vulnerable than anywhere else, although she had won the tournament in 1982.

In June 1984, Martina Navratrilova had taken the edge on her main rival on the tour, Chris Evert. Chrissie had dominated the early years of their rivalry, holding a 27-13 lead in their first 40 encounters, but after she double-bageled Navratilova in Amelia Island, in 1981, the Czechoslovakian-born lefthander worked hard to take her game to a next level, and it wasn’t long before she became the undisputed world No 1. At the start of Roland-Garros 1984, Navratilova had prevailed in their last 10 encounters, and hadn’t lost to Evert since December 1982. However, if there was one place where the Queen of Clay could reverse the scenario, it was definitely Roland-Garros, where she had triumphed five times already. She didn’t.

On Saturday, June 9, Navratilova delivered a masterclass, especially in a second set where, according to Chris Kirkpatrick, from Sports Illustrated, she displayed “a scintillating array of weapons—monster first serves, crackling volleys, impossible passes and gets from both corners, plus a couple of winning drop shots from the baseline”.

In only 63 minutes, Navratilova prevailed, 6-3, 6-1, claiming a fourth consecutive Grand Slam title, and seizing a million-dollar bonus promised by the International Tennis Federation (ITF) to any player who would hold the four titles simultaneously. She was the third female player to ever win four majors in a row, after Maureen Connolly (195) and Margaret court (1970).

“I couldn’t find any weaknesses. I couldn’t anticipate the dropshots, I couldn’t read her. (…) I don’t know how much better she can get,” said a stunned Evert, according to the New York Times.

“I have transcended another level,” summed up Navratilova, who had not only won the four last Grand Slam tournaments in singles, but in doubles as well, partnering Pam Shriver – a feat that was truly unique in tennis history.

Meanwhile, Evert, irritated by journalists implying that she was declining and should considering retirement, warned them that she still intended to be around for a while:

“I still think I can beat her. And I’m not quitting. I’m not like Borg—cutting all the ties when I can’t win the big one. I love the game too much.”

What next? Navratilova and Evert both end their careers with 18 singles slams

Navratilova would add two other major crowns to her list of achievements that year, triumphing at both Wimbledon and the US Open, setting an all-time record of six consecutive titles. However, she would fail to complete the calendar Grand Slam, defeated by Helena Sukova in the semi-finals of the Australian Open, which was held in December at the time (1-6, 6-3, 7-5).

Chris Evert was right to dismiss any thoughts of retirement. 12 months later, she would take her revenge upon Navratilova, defeating her in one of the greatest Roland-Garros finals of all-time (6-3, 6-7, 7-5).

Evert’s triumph at the 1986 French Open would remain her last major title. She would never appear in another Grand Slam final afterwards. She would retire from professional tennis less than four years later, at the end of 1989, finishing her career with a win over a young Conchita Martinez (6-3, 6-2), in the final of the Fed Cup (Note – now known as Billie Jean King Cup).

Martina Navratilova would become, according to Billie Jean King, “the greatest singles, doubles, and mixed doubles player who ever lived”. In the Open Era, no male or female player would ever win more singles tournaments than Navratilova (167), doubles events (177), or matches (2,189). At the end of her career, she would hold 18 Grand Slam titles in singles, 31 in doubles and 10 in mixed doubles, completing the career boxed Grand Slam: winning every major tournament in singles, doubles and mixed doubles. She would spend a total of 332 weeks as world No 1, but would never achieve the calendar-year Grand Slam.

In total, Evert and Navratilova would face no less than 80 times, Navratilova leading 43-37. 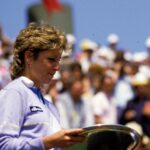