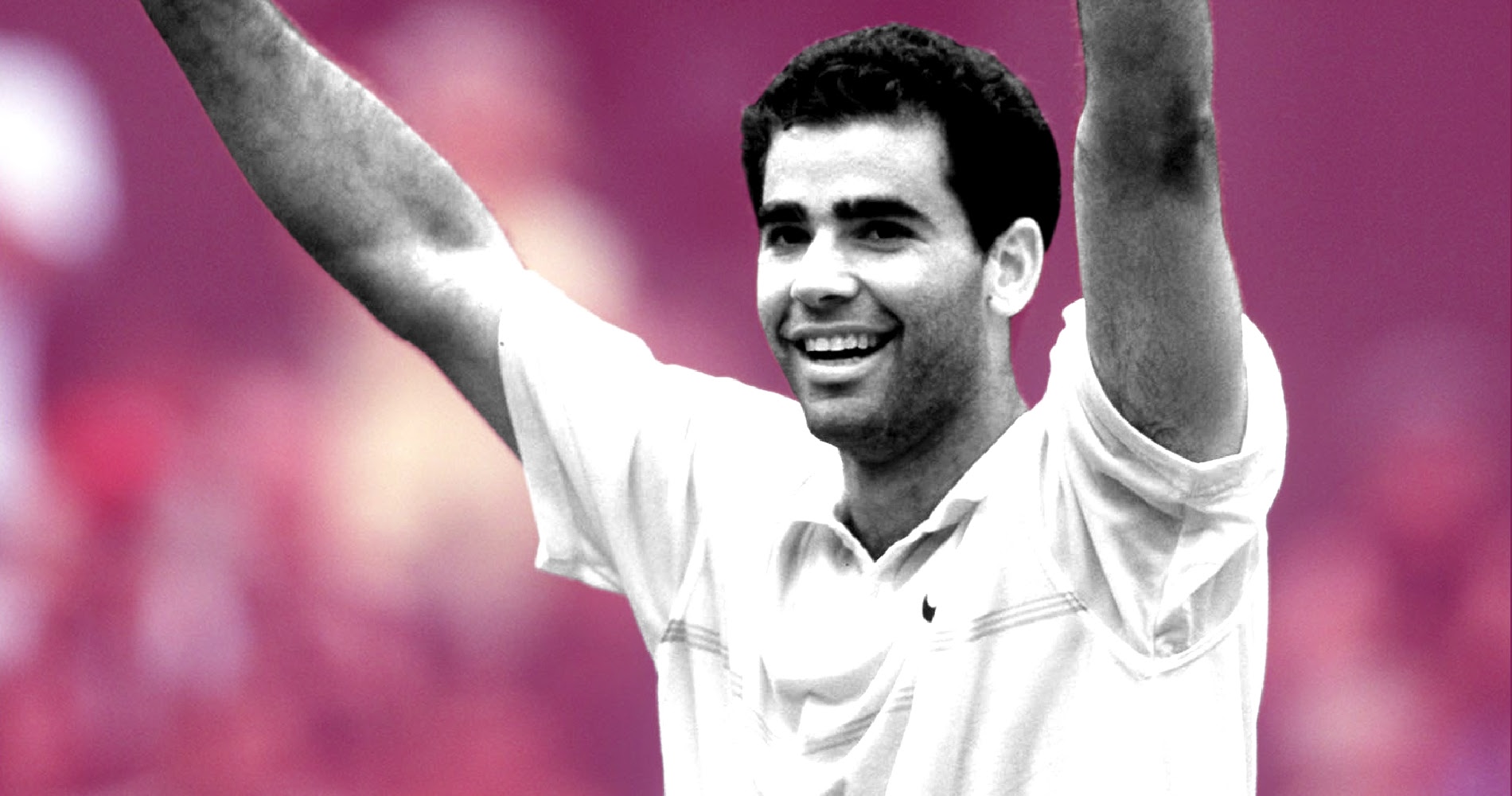 On this day, November 24, 1996, Pete Sampras edged Boris Becker (3-6, 7-6, 7-6, 6-7, 6-4) in the final of the Masters Cup. The final showdown between the two champions is considered as one of the greatest matches in tennis history, with both players displaying a fantastic serve-and-volley masterclass on a fast-indoor surface. It was also the last major final ever played by Becker.

Pete Sampras, born in 1971, dominated the game in the 1990’s. After a first Grand Slam conquered at the 1990 US Open (where he became the youngest champion of all-time, edging his rival Andre Agassi in the final, 6-4, 6-3, 6-2), he became world no.1 in April 1993. He then ended the next three seasons (1993-1995) as world no.1. His serve-and-volley game was particularly lethal on the All England Club grass, where he conquered three consecutive titles between 1993 and 1995, winning 25 matches in a row until Richard Krajicek beat him in the 1996 quarterfinals, 7-5, 7-6, 6-4). Pete Sampras had triumphed four times at the US Open (1990, 1993, 1995, 1996) and once at the Australian Open, in 1994. On top of that, the American had won the Masters Cup twice (1991, 1994), and had accumulated a total of 41 titles in his career, including seven Grand Slams and six Masters 1000.  Pete Sampras could have been easily competing to become the greatest of all-time without his obvious weakness on clay : his best performance at Roland-Garros was a semi-final reached in 1996 (lost to Yevgeny Kafelnikov, 7-6 6-0 6-2), and he had only won one tournament on red dirt. Sampras relied on a massive serve, which earned him the nickname “Pistol Pete”, and a powerful forehand, particularly dangerous while hit on the run, in addition to a great game at the net and a trademark slam dunk overhead.

Boris Becker was born in 1967. In 1985, the German became the youngest ever Wimbledon champion at the age of 17, edging Kevin Curren in the final (6-3 6-7 7-6 6-4). In total, he would claim 3 titles at the All England Club who was also the scene of his famous rivalry with Swede Stefan Edberg. His powerful serve, which he often followed to the net, earned him the nickname “Boom Boom”. He was famous for his spectacular diving volleys, as well as for his dramatic play and emotional outbursts. His peak years were undoubtedly 1989-1991. In that period, he claimed three Grand Slam titles, and he eventually reached world no.1 on the 28 January 1991 after he had beaten Ivan Lendl (1-6 6-4 6-4 6-4) to conquer his first Australian Open crown. Becker then struggled in the next seasons, and in 1993, he even left the top 10 for the first time in eight years. In 1994, he reached the semi-finals at Wimbledon and claimed the Stockholm title, beating on his way the three best players in the world to finish the year as world No 3. In 1995, he finished runner-up to Pete Sampras at the All England Club (6-7, 6-2, 6-4, 6-2) and reached the semi-final at Flushing Meadows, but in 1996, he claimed his sixth Grand Slam crown in Melbourne, defeating Michael Chang in the final (6-2, 6-4, 2-6, 6-4). After a fourth triumph at the Queen’s Club in June (defeating Stefan Edberg, 6-4, 7-6), a wrist injury kept him away from the tour until the indoor season.

Founded in 1970, the year-end Masters Cup was the final showdown between the eight best players in the world. Held in a different location every year at the start, in settled at the Madison Square Garden, in New York, from 1977 until 1989. Since then, the tournament had moved twice again, from Frankfurt (1990-1995) to Hanover in 1996. As only the eight top players of the year qualify for the event, the list of its former champions is nothing short of impressive.

The two players knew each other very well, having faced each other 16 times already. Sampras led 9-7 in their head-to-head, but Becker had won their last two encounters : the German had prevailed a few weeks before in the final of the Stuttgart Open (3-6, 6-3, 3-6, 6-3, 6-4), and he had even defeated Sampras in the Masters Cup round-robin, 7-6, 7-6.

In Hanover, on his own lands, Becker made the best possible start, firing four consecutive aces to begin the match. “Boom Boom” set the standards for the match : until the end of the fifth set, he wouldn’t lose his serve, and he would be pushed to deuce only twice. Putting Sampras under pressure, he broke him at 2-1 and took the first set, 6-3.

The three next sets went to a tie-break. Both players were rarely in danger on their serving games, and when it happened, they managed to serve their way out of trouble : Becker served a service winner and an ace while facing double break point at 2-3 in the second set, and Sampras saved two break points at 2-3 in the third set with back-to-back aces. In this spectacular showdown, the American took the second and the third set.

Tension peaked at the end of the fourth set, during a 24-point breathtaking tie-break, during which Becker saved 2 match points, at 5-6 and 8-9, before winning 13-11 to push Sampras into a deciding fifth set.

In this decider, the world No 1 raised his level just when it mattered the most and managed to break Becker for the first time with a winner backhand passing shot at 4-4. A few minutes later, the American sealed his victory after a 24-stroke rally on the match point, probably the longest rally of the match.

”I’m sure if I would have lost, I would have been very disappointed,” said Sampras, according to The New York Times. ”But walking down those steps before the match and hearing that crowd; they are not rooting against me, they are rooting for Boris, and it was nice to be a part of that. That’s what this game is all about. It’s not the money. It’s the great matches, and this is one of the best matches I have ever been a part of.”

”Matches like that keep me in the game longer and longer,” Becker said. ”At the end, it almost didn’t matter for me anymore who won. It was just so enjoyable and so emotional.”

The 1996 Masters Cup final would remain Becker’s last remarkable result in a major tournament.  In December, the youngest ever Wimbledon champion would claim his last title at the Grand Slam Cup, in Munich, defeating Goran Ivanisevic in the final (6-3, 6-4, 6-4).