Home > Our features > On this day > October 30, 1994: The day Becker won in Stockholm after defeating the top three

October 30, 1994: The day Becker won in Stockholm after defeating the top three

Germany’s Boris Becker beat the three top-ranked players in the world en route to winning the title in Stockholm – find out how he did it. 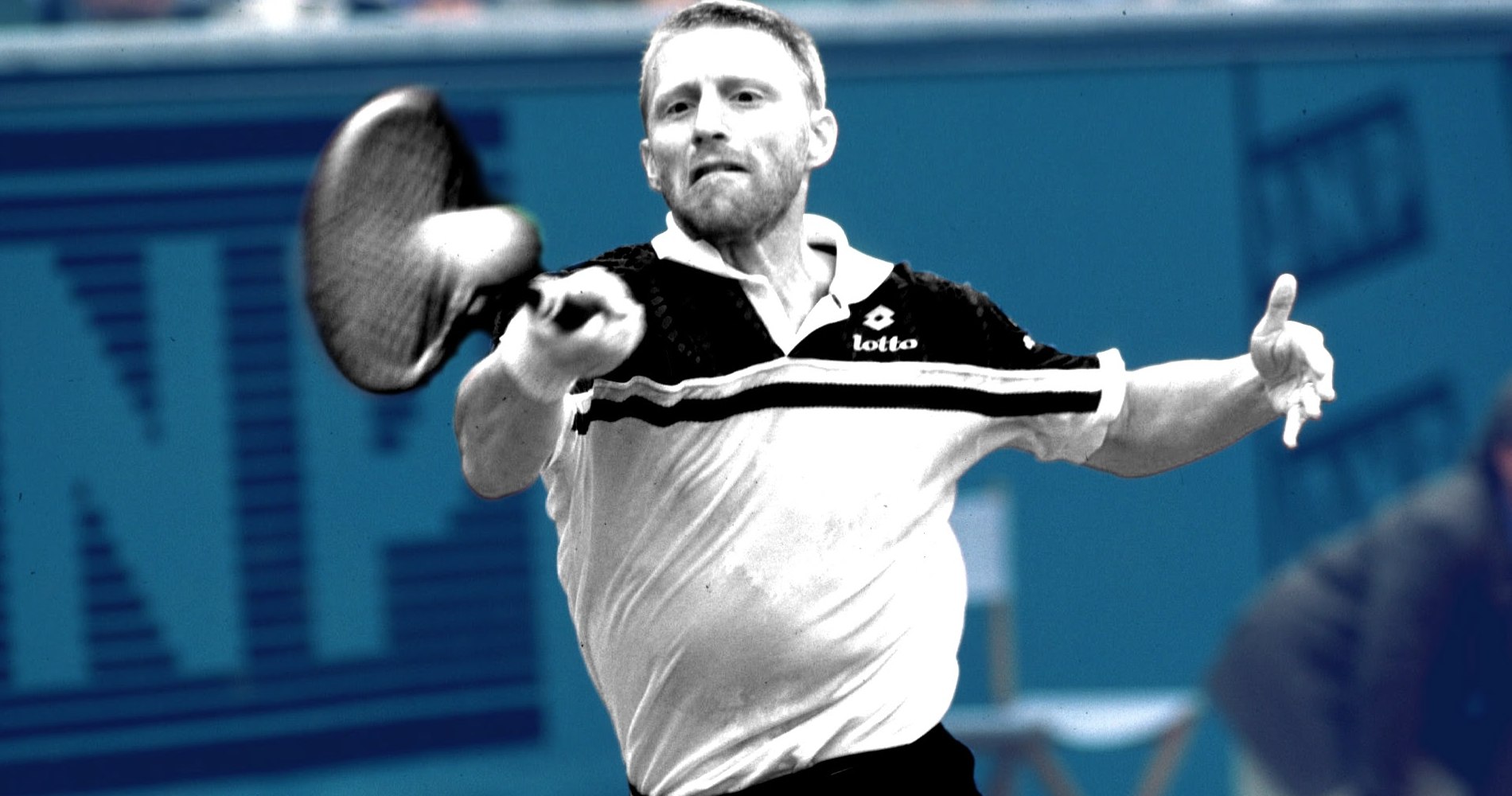 On this day, October 30, 1994, Boris Becker claimed the Stockholm title after he defeated the three best players in the world consecutively: Michael Stich, world No 3, in the quarter-finals (7-6, 6-3); Pete Sampras, world No 1, in the semi-finals (6-4, 6-4); and Goran Ivanisevic, world No 2, in the final (4-6, 6-4, 6-3, 7-6). After his disappointing loss in the first round of the US Open, this unprecedented feat was also a great way for Becker to remind the world that he was still capable of playing a major part in important tournaments. 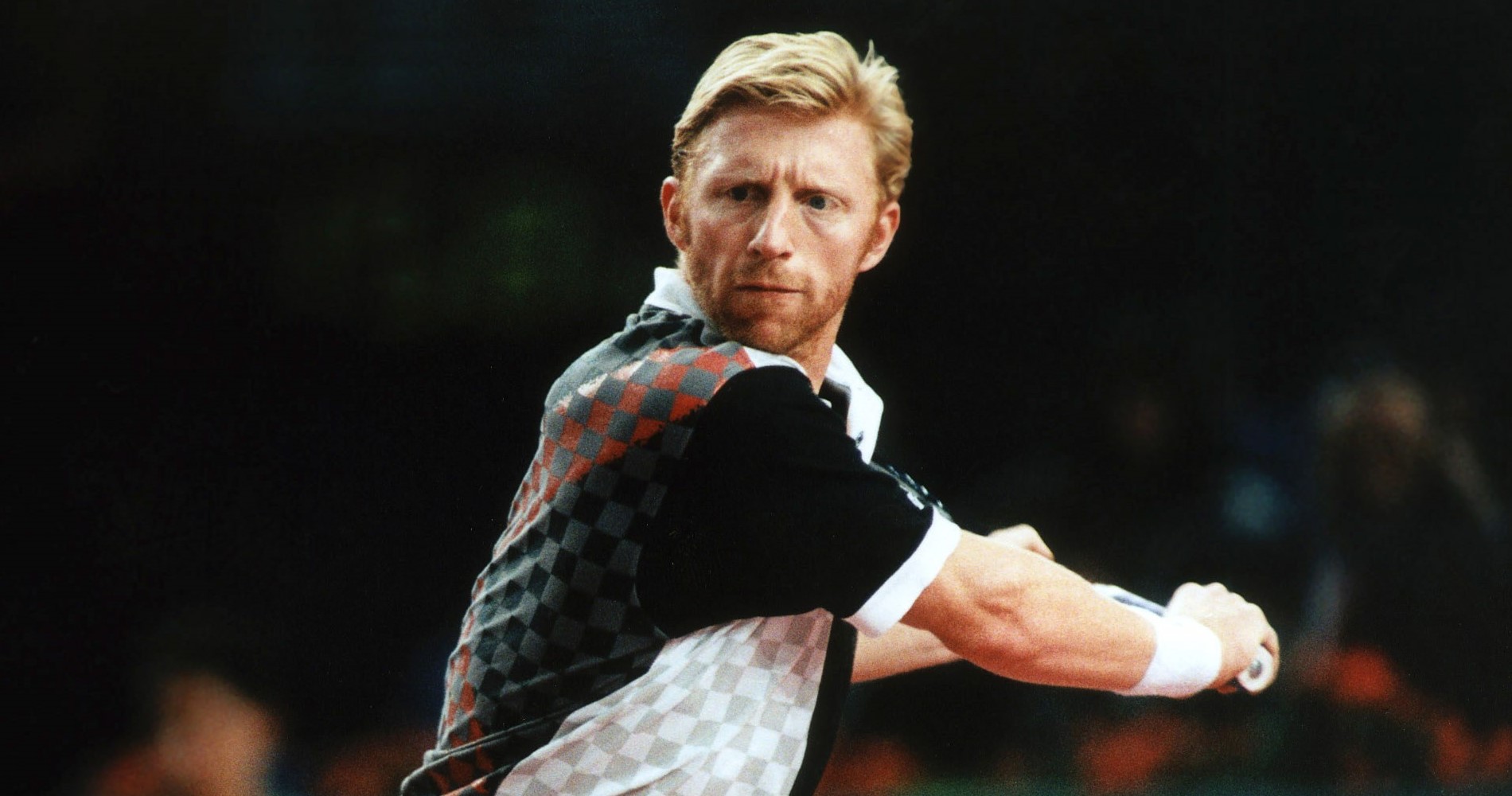 His powerful serve, which he often followed to the net, earned him the nickname “Boom Boom”. He was famous for his spectacular diving volleys, as well as for his dramatic play and emotional outbursts. His peak years were undoubtedly 1989-1991. In that period, he claimed three Grand Slam titles, and he eventually reached world No 1 on January 28, 1991 after he had beaten Ivan Lendl (1-6, 6-4, 6-4, 6-4) to conquer his first Australian Open crown. Becker then struggled in the next seasons, and in 1993, he even left the top 10 for the first time in eight years. In 1994, he reached the semi-finals at Wimbledon (defeated by Goran Ivanisevic, 6-2, 7-6, 6-4), but at the US Open, despite a good summer swing where he had claimed two titles in Los Angeles and New Haven, he lost in the first round against Richey Reneberg (6-1, 6-4, 4-6, 1-6, 7-6).

Goran Ivanisevic was born in 1971, and he had his breakthrough year in 1990, at the age of 19. That year, he made himself famous by reaching the quarter-finals at Roland-Garros after defeating world No 3 Becker in the first round, just before reaching the Wimbledon semi-final where the same Becker defeated him (4-6, 7-6, 6-0, 7-6). In 1991, his season was disturbed by political issues: his country, Yugoslavia, was ravaged by civil war and he couldn’t focus on tennis. In 1992, he came back to the top and, firing 206 aces during the tournament, he reached the Wimbledon final where he was defeated in five sets by Andre Agassi (6-7, 6-4, 6-4, 1-6, 6-4). In the five following years, Ivanisevic remained a solid top 10 player, claiming 14 titles and reaching at least the quarter finals in every Grand Slam tournament. In 1994, after reaching a second Wimbledon final (lost to Pete Sampras, 7-6, 7-6, 6-0), he obtained his highest ranking as world No 2. Left-handed, his attacking game relied mostly on an extremely precise serve: in 1993, he was even booed by the audience in the Paris-Bercy final because he was serving too many aces. Ivanisevic was also known for his emotional outbursts and his habit of smashing an unusual amount of rackets. After a disappointing 1993 season, Boris Becker was trying to get back to the top in 1994. He had reached the semi-finals at Wimbledon and claimed two titles during the American hard courts summer swing, but he had suffered a bitter loss to world No 48 Reneberg in the US Open first round.

In Stockholm, Becker started his tournament by taking his revenge upon Reneberg, 7-6, 6-1. After he eliminated Andrei Chesnokov in the second round (6-4, 6-3), he faced his German rival, Michael Stich, world No 3, in the quarter finals. The two men were known to despise each other, so it was certainly a satisfaction for “Boom Boom” to prevail, 7-6, 6-3. In the semi-finals, his opponent was Pete Sampras, the world No 1, who had beaten Becker in their four last encounters. This time, though, the German won in straight sets, 6-4, 6-4, to set up a final clash against world No 2 Goran Ivanisevic.

No one had ever managed to beat the three best players in the world in the same tournament. Becker had already faced the Croatian no less than 10 times, but, even though he led 6-4 in their rivalry, he had lost to him in their last encounter, at Wimbledon (6-2, 7-6, 6-4). The lefty from Split was particularly dangerous indoors, because of his deadly serve, but so was Becker.

In a battle of serve-and-volley, the German, despite losing the first set, eventually prevailed. Not only was he almost impossible to pass, but he was also more consistent than his opponent on his return games. Becker won the final in four sets, 4-6, 6-4, 6-3, 7-6. He had become the first player in the Open Era to beat the three best players in the world in the same tournament.

The two players would face each other again a few weeks later, in the Masters Cup round robin, and Becker would once again prevail (6-3, 3-6, 7-6).

Becker would finish runner-up to Pete Sampras at Wimbledon in 1995, and then he would conquer a sixth and last Grand Slam crown at the 1996 Australian Open, defeating Michael Chang in the final (6-2, 6-4, 2-6, 6-4), then declining until his retirement in 1999.

His feat of beating the three best players in a row would remain unique in the Open Era until 2007, when Novak Djokovic would achieve it as well (defeating Andy Roddick, Rafael Nadal and Roger Federer to triumph in Montréal), followed by David Nalbandian (who beat Djokovic, Nadal and Federer to claim the title in Madrid the same year).

Ivanisevic would lose a third Wimbledon final in 1998, against Pete Sampras (6-7, 7-6, 6-4, 3-6, 6-2). This loss would devastate him and he would brutally decline in the following years, until, in 2001, entering the Wimbledon draw as world No 121 thanks to a wild card, he would eventually make his dream come true by edging Patrick Rafter in the final at the All England Club (6-3, 3-6, 6-3, 2-6, 9-7). Suffering from a shoulder injury, the Croatian would then scarcely play on the tour and he would officially retire in 2004.