Every day, Tennis Majors takes you back to one of the most iconic moments in tennis history. On this day, September 18, 1926, Rene Lacoste won his first US Nationals title

On this day, September 18, 1926, René Lacoste claimed his first US Nationals (the former name of the US Open) title, defeating Jean Borotra in an all-French final (6-4, 6-0, 6-4). It was the fifth time that the two players, who were a part of the French Davis Cup team known as “the Four Musketeers” (along with Henri Cochet and Jacques Brugnon), faced each other in a Grand Slam final, and Lacoste had now prevailed three times. The 1926 edition parked the end of the great Bill Tilden’s reign at Forest Hills, after he had won the tournament six times consecutively (1920-1925).

René Lacoste, also known as “the Crocodile”, was born in 1904, while Jean Borotra, nicknamed “the Bouncing Basque”, was born in 1898. Since 1923, they had been part of the great French Davis Cup team who would later be known as “The Four Musketeers”. Lacoste’s fighting spirit earned him his nickname, while Borotra’s game style explained his own nickname. In 1924, he reached his first Grand Slam final, defeated at both the French Open and Wimbledon by his team-mate Borotra. The following year, he took his revenge, beating Borotra in the final of the two same tournaments, claiming his two first major titles. The two players, although they battled fiercely in singles, were partners in doubles, and together, they had claimed three Grand Slam titles: the French Open in 1924 and 1926, and Wimbledon in 1924.

The US Open (known as the US Nationals before 1968 and the start of the Open Era), was established in 1881, and, although it is the only Grand Slam to have been played every single year without an interruption since its beginning, it moved several times locations throughout the 20th century. First held in August 1881 on grass courts at the Newport Casino, on Rhode Island, the tournament moved to New-York in 1915, where it was held at the West Side Tennis Club, at Forest Hills.

At the 1926 US Nationals, the big shock did not come from either of these two great players, but from their Davis Cup partner, the third of the future four Musketeers, Cochet, who defeated the six-time defending champion, Tilden, who was then considered as the greatest tennis player of all-time. Unfortunately for him, Cochet, who was probably exhausted after his five-set win over “Big Bill” (6-8, 6-1, 6-3, 1-6, 8-6), lost in the semi-finals against his friend, Lacoste, who proved how justified his nickname was after coming back from two sets to love (2-6, 4-6, 6-4, 6-4, 6-3). In the final, the Crocodile faced his doubles partner, Borotra. Most of their previous encounters had ended up in five-set battles, but this time, Lacoste outclassed the Bouncing Basque in straight sets, 6-4, 6-0, 6-4, to claim the third of his seven Grand Slam titles.

Together with Cochet and Brugnon, Lacoste and Borotra would lead the French team to win five Davis Cup titles in a row, writing the greatest chapter of French Tennis. In total, the Four Musketeers would claim not only six consecutive Davis Cups, but they would also claim 18 Grand Slam titles in singles and 23 in doubles. Lacoste, who would quit tennis because of health issues in 1929, would create the famous Lacoste shirt with its crocodile logo, which became at least as famous as his achievements as a player. 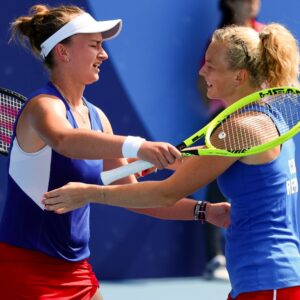 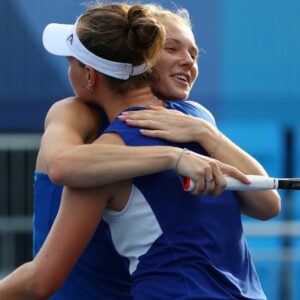 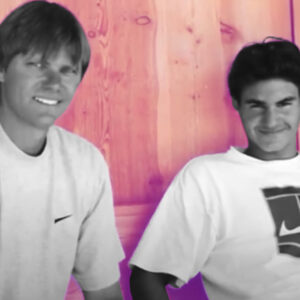