Every day, Tennis Majors takes you back to one of the most iconic moments in tennis history. On this day, September 19, 1970, in the semi-finals of the Charlotte Open, 15-year-old Chris Evert defeated Margaret Court (7-6, 7-6). 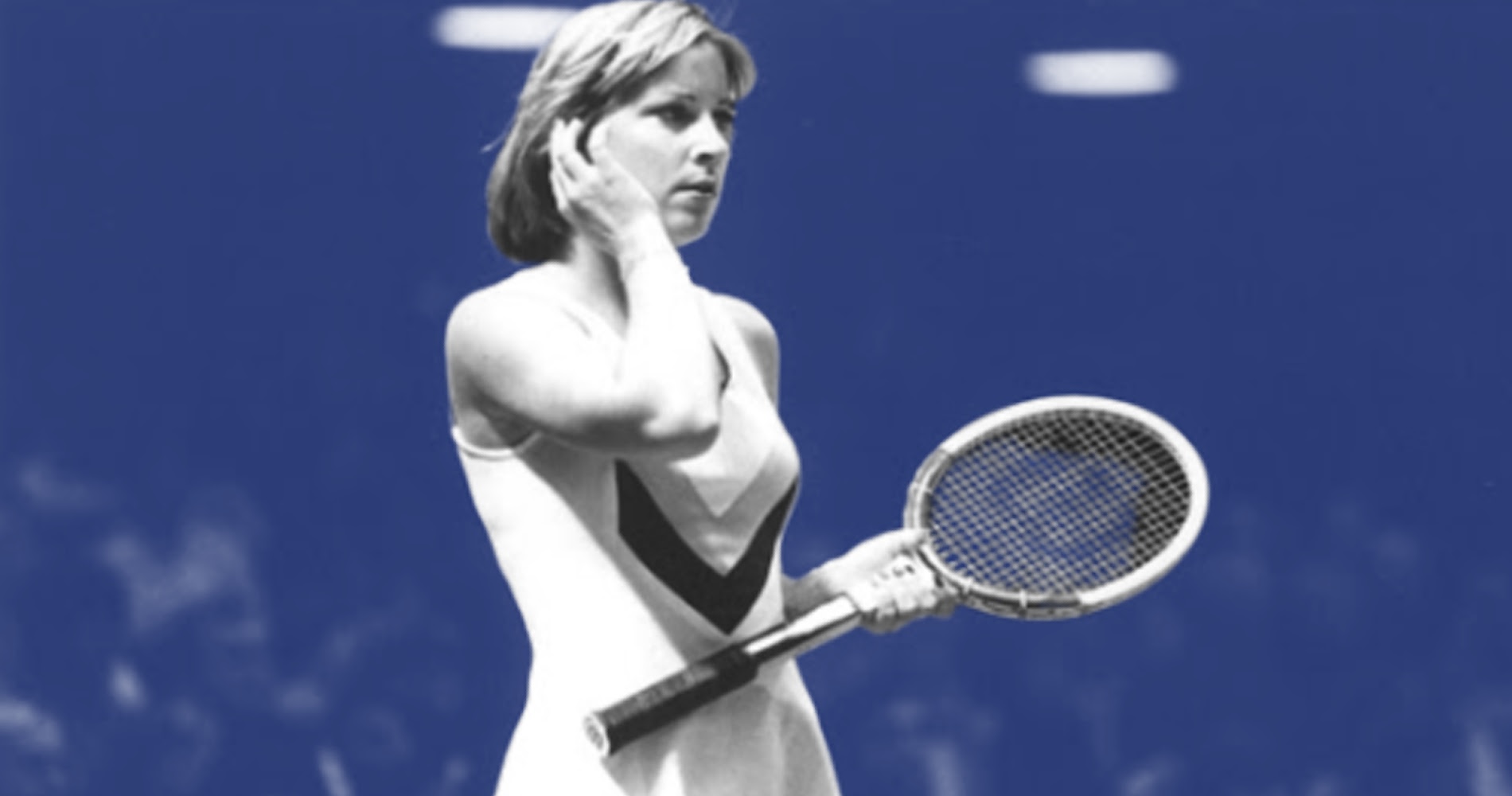 On this day, September 19, 1970, in the semi-finals of the Charlotte Open, 15-year-old Chris Evert defeated Margaret Court (7-6, 7-6), who had achieved the second calendar-year Grand Slam in women’s tennis history just two weeks before. This shocking upset was the first of many feats achieved by Evert, who, even though she didn’t manage to win the tournament, would grow to become one of the greatest tennis players of all-time

Margaret Court was born 1942. The Australian was considered as the best women’s tennis player of all time. Her long reach and great ability to move made her serve and volley game lethal in those days. Her strength was a main asset, allowing her to produce very effective overheads. Court had claimed nine Grand Slam titles in singles before the Open Era, and in 1964, she had already achieved a career boxed Grand Slam :  she had won all four major tournaments in singles, doubles and mixed doubles. The Open revolution, in 1968, didn’t put an end to her domination on the game. In 1969, the only major title that she failed to claim was Wimbledon, but in 1970, she became the first woman to complete a Grand Slam in the Open Era, triumphing at Forest Hills in September, defeating Rosie Casals in the final (6-2, 2-6, 6-1).

Chris Evert was born in 1954 in Florida. Coached by her father, she developed a game based on consistency, keeping her opponents away from the net with her deep groundstrokes, and punishing them with great passing shots if they were to take the net carelessly. Ranked No 1 amongst under 14 players in the USA in 1969, she  won the national 16-and-under championship in 1970 and was invited to play in an eight-player clay-court tournament in Charlotte, North Carolina.

The Charlotte International Open had been created in 1967. Originally held in spring, on clay courts, it had been moved to September in 1970. The defending champion was the great Margaret Court, who had just achieved a calendar-year Grand Slam.

In September 1970, Margaret Court seemed unbeatable. Since the start of the year, she had already claimed 21 tournaments, including the four major events, thus completing the first Grand Slam of the Open Era in women’s tennis (the previous one had been achieved in 1953 by Maureen Connolly). To achieve this Grand Slam, she defeated Kerry Melville Reid in the Australian Open final, Helga Niessen Masthoff in the French Open final, Billie Jean King in the Wimbledon final, and Rosemary Casals in the US Open final. In Charlotte, no one believed that a kid like Chris Evert, 15 years old, could do any harm to the great Margaret Court.

Yet, in the first round, the American prodigy had destroyed the 1967 Roland-Garros champion, Françoise Dürr, 6-1, 6-0. Hence, Court had been warned : that teenager should be taken seriously. Meanwhile, Evert, with her extremely consistent and deep two handed-backhand, believed in her chances. It was soon obvious that her deep shots were a problem for Court, who could not come to the net as easily as usual. The world No 1, maybe exhausted after a long and successful season, showed signs of nervousness, as shown by the 14 double faults she made that day. Taking advantage of Court’s average performance and, to general astonishment, Evert prevailed in two sets, 7-6, 7-6, achieving a feat called “the biggest upset of the year” by The New York Times.

Although she would remain one of the best players in the world, Court would release her domination on the tour from 1971. She would retire in 1977, with an overall Grand Slam record of 64 titles, including 24 in singles, a record still standing. In 2003, a 6000-seats arena would be named after her in Melbourne Park. She would turn into a Christian minister in Perth and she would be involved in several controversies after homophobic comments that she made.

Chris Evert would claim her first Grand Slam tournament at Roland-Garros, in 1974, before triumphing the same year at Wimbledon. She lifted the trophy three times in a row at Forest Hills, in 1975, 1976 and 1977, remaining the only woman to ever win the US Open on clay, as the event would move to the hard courts of Flushing Meadows in 1978. Her clay-court winning streak would only end in May 1979, after she won 125 consecutive matches on both red and green dirt. “The Ice Maiden” would become one of the greatest players of all time, holding no less than 18 Grand Slam titles when she would retire, in 1989.