The Volley podcast #9 : Tokyo Olympic games and why it matters for tennis

Simon Cambers hosts Chris Oddo for the most complete and passionate overview you can imagine before the tennis event kicks off at the 2020 Tokyo Olympics. Who’s in ? Who’s out ? Why does it matter in the middle of the crowded tennis calendar ? All that and more in the ninth episode of The Volley.

Our reporter Chris Oddo has written extensively on the build-up to the Tokyo Olympics for Tennis Majors. Notably, he did a report on who was playing and who had pulled out (and why). Chris was the most appropriate voice to talk about the tennis event at the Olympics which will be held from July 24 to August 1 at the Ariake Coliseum. Noted British tennis journalist Simon Cambers is his hitting partner in this episode of The Volley podcast.

Key Highlights of The Volley podcast #9 on the Olympics

Why tennis is a legit, emotional and exciting event at the Olympics, as the 2016 Rio Games proved it (around 1’55 in the podcast)

On the men’s side, Kei Nishikori has a lot to play (around 4’10 in the podcast)

Djokovic’s path to the Olympic gold medal is not easy, it seems to be more complicated than most people expect it (8’35 in the podcast)

Which player might have a chance to showcase themselves among the stars : Karatsev, Tiafoe, Humbert, Millman, Hurkacz (around 14’30 in the podcast)

A pretty strong field on the women’s side, with home favourite Naomi Osaka’s comeback as the biggest story (around 17’10 in the podcast)

Aryna Sabalenka, Maria Sakkari, Kiki Bertens, Jennifer Brady and other possible contenders (around 20’05 in the podcast) 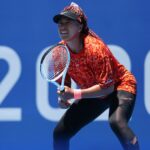 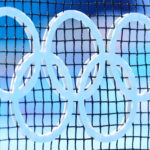 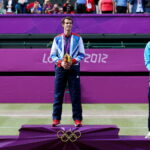