Tournament director Amelie Mauresmo has received plenty of criticism on various issues throughout 2022 Roland-Garros. However, Billie Jean King was not about to cast blame. 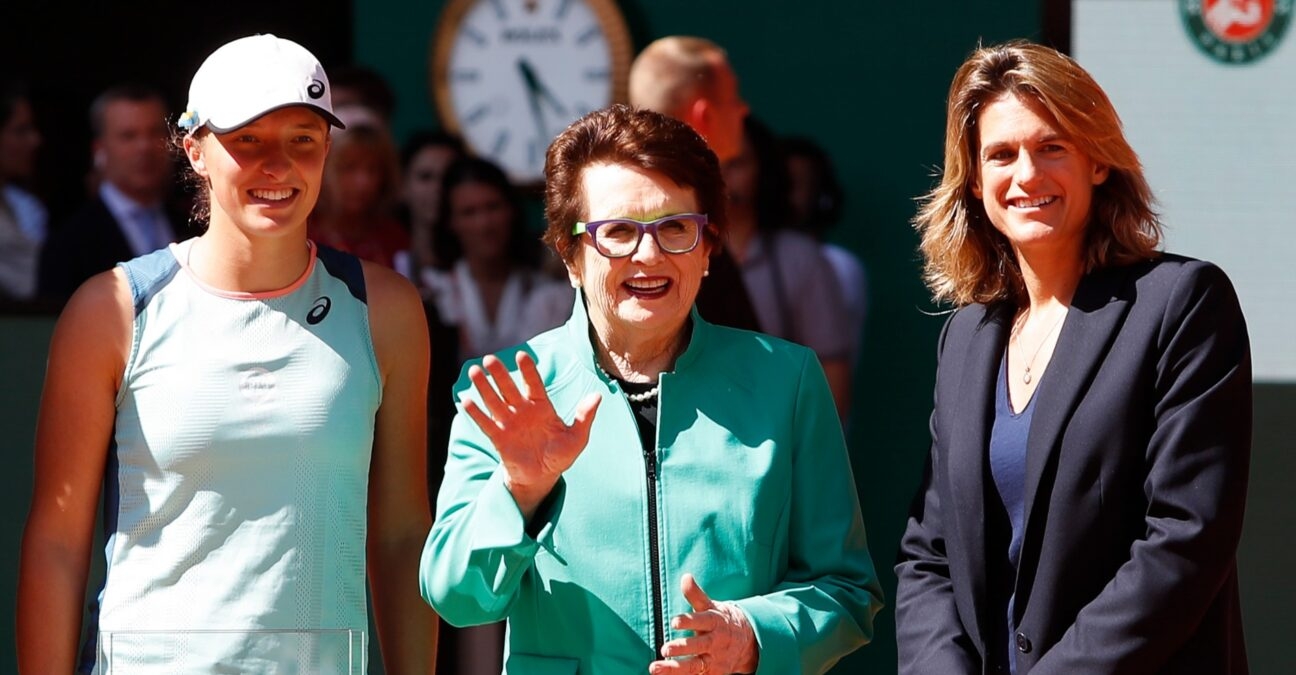 It has been a tumultuous debut as French Open tournament director for Amelie Mauresmo. There was a climate protest during the semi-final between Casper Ruud and Marin Cilic on Friday, there have been complaints about night-session matches starting too late, and the fact that only one women’s match was showcased in a night session has caused controversy.

That latter issue has been one of the key talking points at Roland-Garros throughout the fortnight. There were night-session matches for the first 10 days of the event, ending on Wednesday with the last men’s quarter-final between Ruud and Holger Rune. On the women’s side, only Alize Cornet and Jelena Ostapenko played their second-round match last Wednesday night. Otherwise it was all men all the time.

Mauresmo has come under criticism for such scheduling, although in fairness to her it is a slippery slope with which she is dealing. If a best-of-three women’s match is scheduled at night, it could end in two quick sets lasting no more than an hour. That isn’t good value for ticket-holders. But if you schedule all men, how is that fair for the WTA Tour? They also want and deserve some primetime billing.

Mauresmo’s scheduling and comments cause controversy

Mauresmo compounded the problem when she suggested that the women’s game is less exciting.

“In this era that we are in right now, I don’t feel — and as a woman, former women’s player — I don’t feel bad or unfair saying that right now you have more…appeal (with them men),” she said earlier this week. “That’s the general [reason] for the men’s matches.”

“First of all, the comments that I made were taken out of the wider picture, out of the context,” she explained. “And I want to say sorry to the players that really felt bad about what I said. Again, I think the people who know me, who’ve known me on and off the court, throughout my career, throughout everything that I’ve done, know that I’m a big fighter for equal rights and women’s tennis, women in general.

“Concerning the scheduling, specifically for the night matches, my say was that because we have one match only, the ticket holders, I feel that it’s really tougher to schedule a women’s match because we have to take into consideration the length [of the match], I feel. I feel it’s the fair kind of thing to do for the ticket-holders.”

“You have got to figure it out and you want to give equal opportunity to both genders.”

One woman who stopped short of casting blame on Mauresmo was Billie Jean King. The trailblazer of the WTA Tour and champion of gender equality as a whole offered her thoughts at a press conference on Saturday.

“I think Amelie, she’s done a great job,” King commented. “I think she will make some changes next year. I always give — let’s say you have just been a new writer or a new broadcaster for the first time — I always give them two to three years. Then I make a judgment.

“I think you have to have time to understand” it’s hard. People don’t really understand what you guys go through unless they have been through it. I know that. I just give them a couple years first and then I will make a judgment. But she’s in an amazing position of power. I think we should have two matches a night and start early. I was thinking that Ruud (vs. Cilic) was going to get started at 3:00 in the morning. I was worried. So we can’t do that. That’s why I think two out of three sets is better also. You really want to make it great for your audience.

“You’ve got to put [women] when it’s prime time, and you have got to figure it out and you want to give equal opportunity to both genders — always. You always want to make sure you do the right thing by each person. They should have the same amount of women’s matches as they do men’s. (It’s) real easy. Right now we are playing two out of three sets, we will get out of there faster…. If we keep treating us like second-class citizens we will stay second-class citizens. You want to make everyone feel important.

“We should have more (women’s) matches (at night), but I think Amelie will take care of that next year. Knowing her, she’s a winner.” 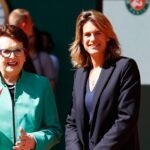 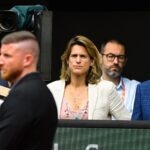 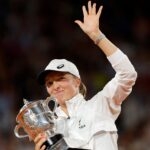