Home » News » Medvedev: “I can play like in hard court, clay in Roland-Garros feels great”

Medvedev: “I can play like in hard court, clay in Roland-Garros feels great”

Having never won a match at Roland-Garros in his career before this year, the Russian is having a good run and is through to the fourth round. 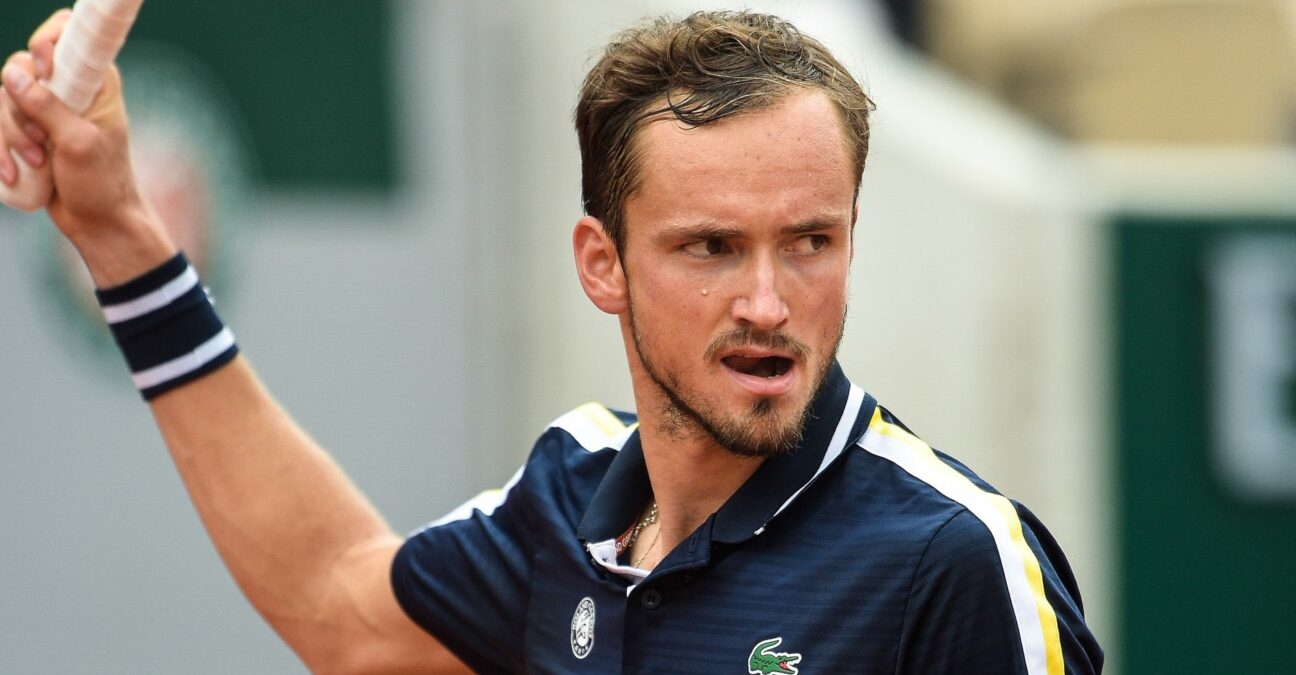 World No 2 Daniil Medvedev‘s clay-court fortunes have seen a surprising turn around in Paris this year. The Russian had never won a match in four previous appearances in Paris and also won only one match in the clay-court warm-up events in Rome and Madrid.

Medvedev, who has a chance becoming world No 1 in the coming week, has looked in good form this week. The Russian has beaten three tough players Alexander Bublik, Tommy Paul, and Reilly Opelka, dropping just one set so far.

The Russian put his good run in Paris this year due to a more confident mindset about his capabilities on clay and the changed Wilson balls being used at the tournament.

“Clay in Roland Garros feels great this year. Especially Wilson balls. Said it from the beginning. I think it’s going to stay till the end of the tournament. As I said after the first round, now I know to beat me, guys have to play good. I mean, this is always possible. This was not a question. It’s better to feel like this when you know you can lose to yourself just playing bad.”

Medvedev: “Garin needs to play well to beat me”

Medvedev will next take on Chile’s Cristian Garin in the fourth round on Sunday. Garin won their most recent encounter at the Madrid Masters in three sets.

“Here I can play like in hard court. I think that’s what’s going to make me play well against (Garin who is a) great player. We played in Madrid. I feel like same again. Not be a favorite, but at least know that he needs to play well to beat me. As I say, that’s the most important. Even in Madrid, I didn’t play a bad match. But I felt like any moment I could throw up my level, like that’s what happen in third set. Here he needs to play well. That’s the most important.”

The two are tied at 1-1 in career head-to-head, with Medvedev winning their first meeting on hardcourts in 2019.