After being disqualified from Roland-Garros qualifying, Damir Dzumhur and his coach Petar Popovic are speaking about what they perceive to be unjust treatment. 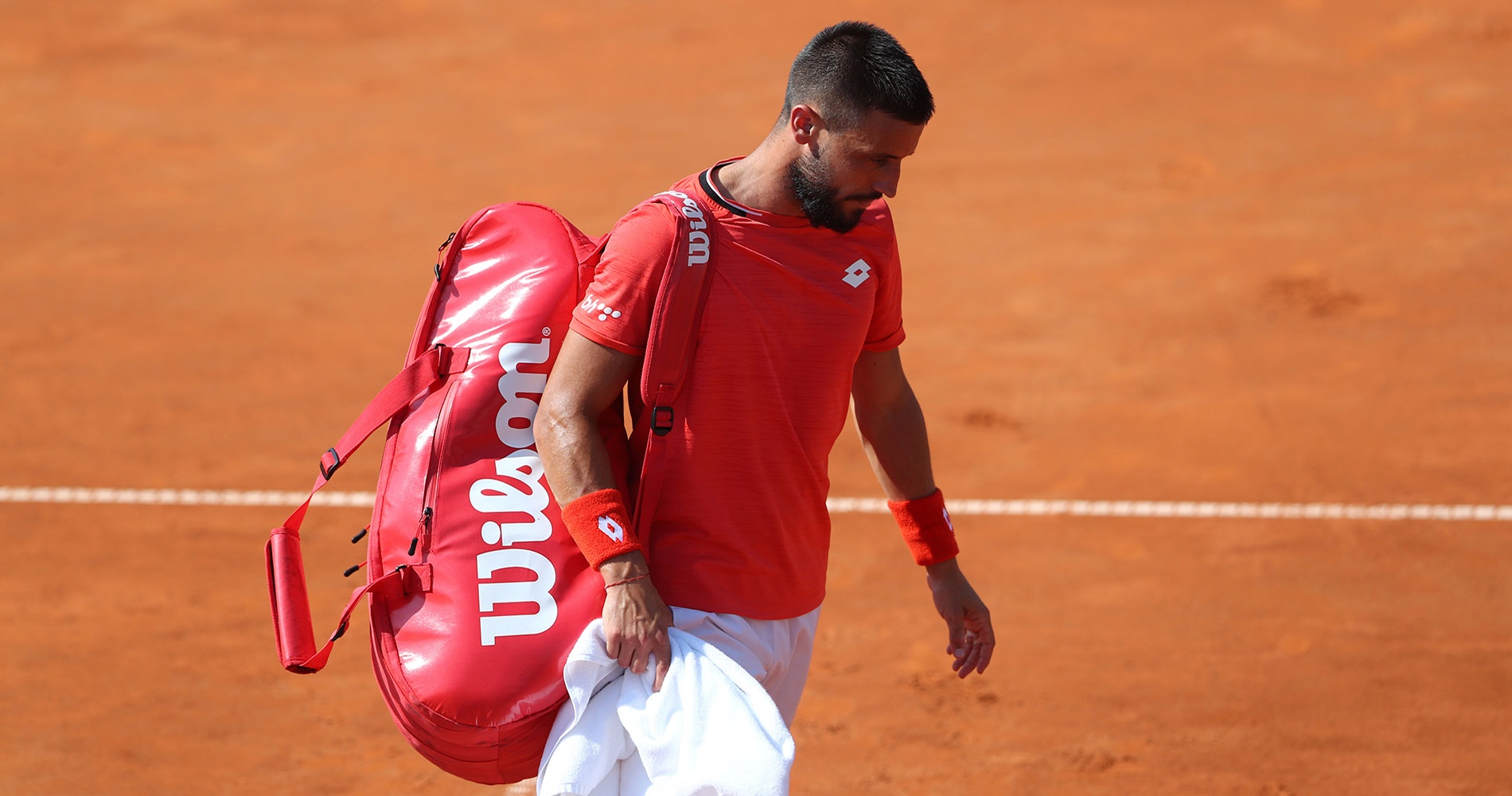 The coronavirus has added a new element of uncertainty to professional tennis in 2020 and Bosnia’s Damir Dzumhur has learned it the hard way. The former world No 23 was forced to pull out of the Roland-Garros qualifying draw following a positive Covid-19 test result by his coach Petar Popovic, with whom he was sharing a room.

Dzumhur, who is one of six players that were not allowed to compete either because they themselves tested positive or because a team member that they were in contact with did, has threatened legal proceedings against the tournament.

Popovic, the former coach of Filip Krajinovic, Andrea Petkovic and Ivo Karlovic, is distraught over the situation. He told the media that he pleaded to be allowed to take a second test; he was convinced he had received a false positive in Paris, due to the fact that he already contracted the virus more than two months ago. Popovic said he doubted the result because he had a blood test one month ago that found COVID-19 antibodies, which led him to believe he has some degree of protection against infection.

Both Popovic and Dzumhur will miss out on an opportunity to claim a portion of the significant money they have lost due to tennis’ five-month shutdown.

Popovic says he and his charge are the victim of a double standard; he believes if Dzumhur had a higher ranking the tournament would have allowed him to retest.

“If he had been called Rafael Nadal, for certain they would have taken a second sample, even a third, to be sure that it wasn’t a false result,” he said. “I want it to be a bit more human.”

Roland-Garros organizers say they have laid out the guidelines and are simply following them.

“Our protocol, decided in relation with the ARS and the ministry, and with our scientific committee, decreed that it is not proven that someone who has antibodies cannot transmit the virus and have it again,” said Doctor Bernard Montalvan, who is in charge of the health protocol for Roland-Garros. “For us, it is only the PCR that is important. We wrote it, the players read and signed it. If a coach sleeps in the same room as his player, he knows that if he tests positive, the player will be in contact.”

Tournament rules strictly specify that if a player is rooming with someone who tests positive they will be removed from the draw. In total, six players were removed from the men’s and women’s qualifying draws – three because of a positive Covid-19 test and the other three due to contact with a person who tested positive.

Popovic was back in Serbia on Monday and passed two Covid-19 exams (one in the nose, and one in the throat).

“It’s a scandal and a huge frustration,” Popovic told French daily L’Equipe on Tuesday. “I’m sure we’re going to win in court. They’re going to pay a lot for this. It makes me crazy.”

The news from Paris has worried players who were planning to travel from Rome, where they had just finished playing at the Internazionali BNL d’Italia.

Diego Schwartzman says the thought of a false positive kept him up at night.

“I’m worried about the first Covid test, really,” he said. “Right now it’s the worst thing you can do in the tournament. You are waiting, you can’t sleep because maybe it’s a false, maybe not, and you don’t know if you are going to play the tournament. So right now it’s the only thing I’m thinking, because today we have a lot of people here, people in the ceremony, so you know, I’m just scared about the first test.”

Rome champion Simona Halep skipped the US Open due to Covid-19 concerns. She admitted that she too was worried about the situation in Paris.

“I heard before the match [about the positive tests], and of course it worries me. But I’m sure that measures will take place there, and we will be safe enough to be okay to play and to be safe,” she said.

Coronavirus cases are on the rise in France. The country is reporting a 6.1 percent rate of positive Covid-tests as of Tuesday, which is up for a fourth consecutive day, according to Le Parisien.