Follow the women’s final at the 2020 French Open, between Iga Swiatek and Sofia Kenin this Saturday. The match is scheduled to begin at 3:00PM CET. 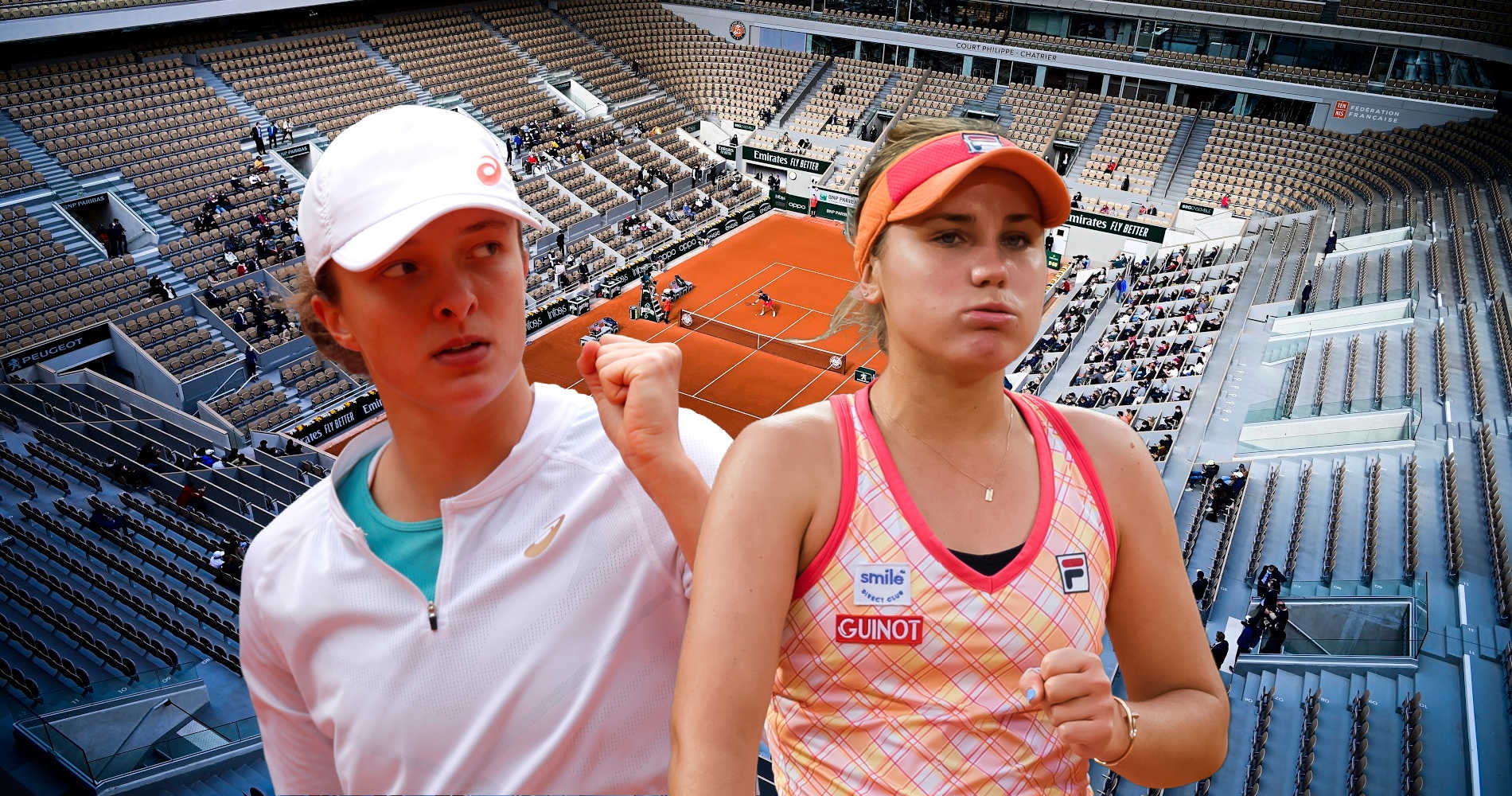 GAME, SET, MATCH! 6-1, 6-4. The 19-year-old wrote the perfect ending for her fairytale at Roland-Garros. Iga Swiatek becomes the first Polish player to win a Grand Slam, and swept through the entire French Open without losing a set.

She is also the youngest winner at Roland-Garros since Rafael Nadal in 2005, also at 19. Even Novak Djokovic can’t help but admire the result.

Djokovic leaves the practice court as Swiatek wins. He stops in front of giant screen and just says « WOW »

While this factoid showcased her dominance and stability in the latter part of the match despite Kenin’s injury.

This is next-level unfazed

The American is clearly diminished here, as she surrenders a love-game break to give Swiatek a chance to serve for the match up 5-1.

The world No 6 struggled as she returned to the court, quickly surrendering a break to Swiatek. The Pole then consolidated the break with a hold, while trying to move the hampered Kenin around to go up 4-1.

We have a break in play now, with Kenin receiving a medical timeout to tend to an upper leg issue — one that she had earlier on in the tournament. Her left thigh is taped up heavily as she returned to play.

Aaaaand the youngster broke right back, seizing her second break point against the American. 1-1 to start the second. She then held to remain on serve, 2-1 in the second.

Kenin decided to take her usual break off-court break after losing a set and that made the difference, as she broke Swiatek to start.

NEVER MIND! Swiatek broke back right away in the American’s service game on her second set point. 6-4 first set to the 19-year-old. Stays perfect in the set department going 13-0, Swiatek can become the first player since Justine Henin to stay perfect in Roland-Garros.

All the women who've achieved the feat below… pic.twitter.com/2rn8rGiFM5

The Pole could not seize her first set point up 40-30 because of an unforced error, and that led to a Kenin break in deuce to stay in the set, 5-4.

Swiatek breaks and is serving for the opening set! She got it after five deuces and on her third break point, up 5-3.

First time we headed to a deuce there, with some nice Kenin drop shots to boast, but Swiatek holds for a 4-3 lead.

The American held to level the score at 3-3, while the distinct shadowed area on court seemed to have faded… for now.

Kenin found her first game in the set to get on the board, and followed up with a break-back courtesy of a Swiatek double fault on break point! The Pole still leads 3-2, but on serve now.

Swiatek, playing on the shadowed side for now, snagged a break to go up 2-0 with some well-placed aggressive shot. The world No 53 followed it up with another hold to secure the break for a 3-0 lead.

The sunlight, partially blocked by the roof, is also playing a factor on the court. There’s a completely shadowed side where it’s hard to spot the ball, and a sunlit side that works to the player’s advantage. Also tough to spot on TV as well.

Honestly, they should close the Chatrier roof completely and turn the lights on. What's the point of playing a match with a shadow that make it nearly impossible to watch?

But you can see that Swiatek isn't feeling the nerves. Up 2-0 early.#RG20

Flying start for Iga Swiatek to kick off the match! The Pole held in a love game with help on a shot that clipped the net at 30-0.