The former champion crashed out of Roland-Garros at the hands of an unseeded teenager, who wowed the crowd on Court Philippe-Chatrier. 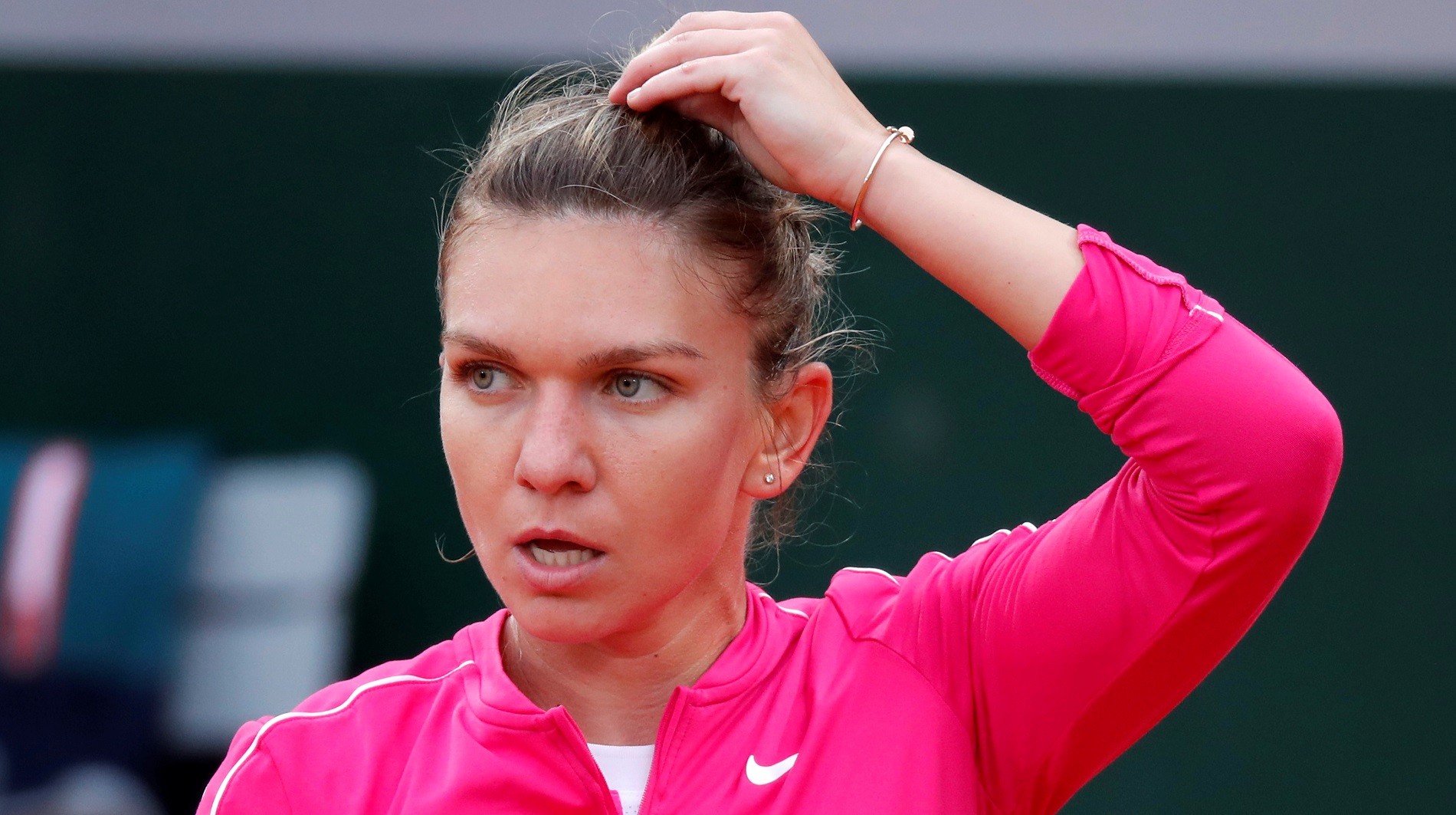 And she will be facing qualifier Martina Trevisan of Italy – who pulled off her own surprise result with a 6-4, 6-4 defeat of fifth seed Kiki Bertens.

Swiatek was stunning in the rallies, hit an immensely powerful backhand, and piled up an impressive 30 winners in her straight-sets triumph – her first at this stage of any Grand Slam. And it was sweet revenge for the 6-1, 6-0 defeat at the same stage on the same court at the hands of the same opponent at last year’s tournament.

“Even I am surprised that I can do that!” Swiatek said in her on-court interview afterwards.

Halep had been undefeated since February, when she won the title in Dubai, and had also been victorious on clay at both Prague and Rome in the run-up to her arrival in Paris.

But the 19-year-old made a blistering start, serving the first set out in just 23 minutes. The statistics told the story – the former champion hit just four winners compared to her opponent’s 17.

But Halep had made just two unforced errors, highlighting exactly how well Swiatek had started. And she continued that at the start of the second, breaking the Romanian in the first game. The 29-year-old was visibly working to slow down the pace and play her own style, withstanding four break points in the third game to hold and get on the board.

But Swiatek got the double break in the fifth game, taking her sixth break point opportunity to edge towards the finish line. And she served it out in style, setting up triple match point with a clever lob and sealing it with one last smart exchange.

She will now face world No 159 Trevisan in the quarter-finals. The 26-year-old Italian had the chance to serve for the match at 6-4, 5-3, but Bertens broke to get back on serve.

Then Trevisan broke right back to take the match in just over an hour and a half.

“I am living in a dream,” Trevisan said afterwards. “I came here two weeks ago to play my qualifiers…today I am here in the quarter-finals. I can’t believe it. I’m honoured to play on this court with Bertens, who is an incredible player.”