Every day, Tennis Majors takes you back in time to relive a tennis event which happened on this specific day. On June 10, 1984 Ivan Lendl came back from two sets down to win his first major title in Paris. 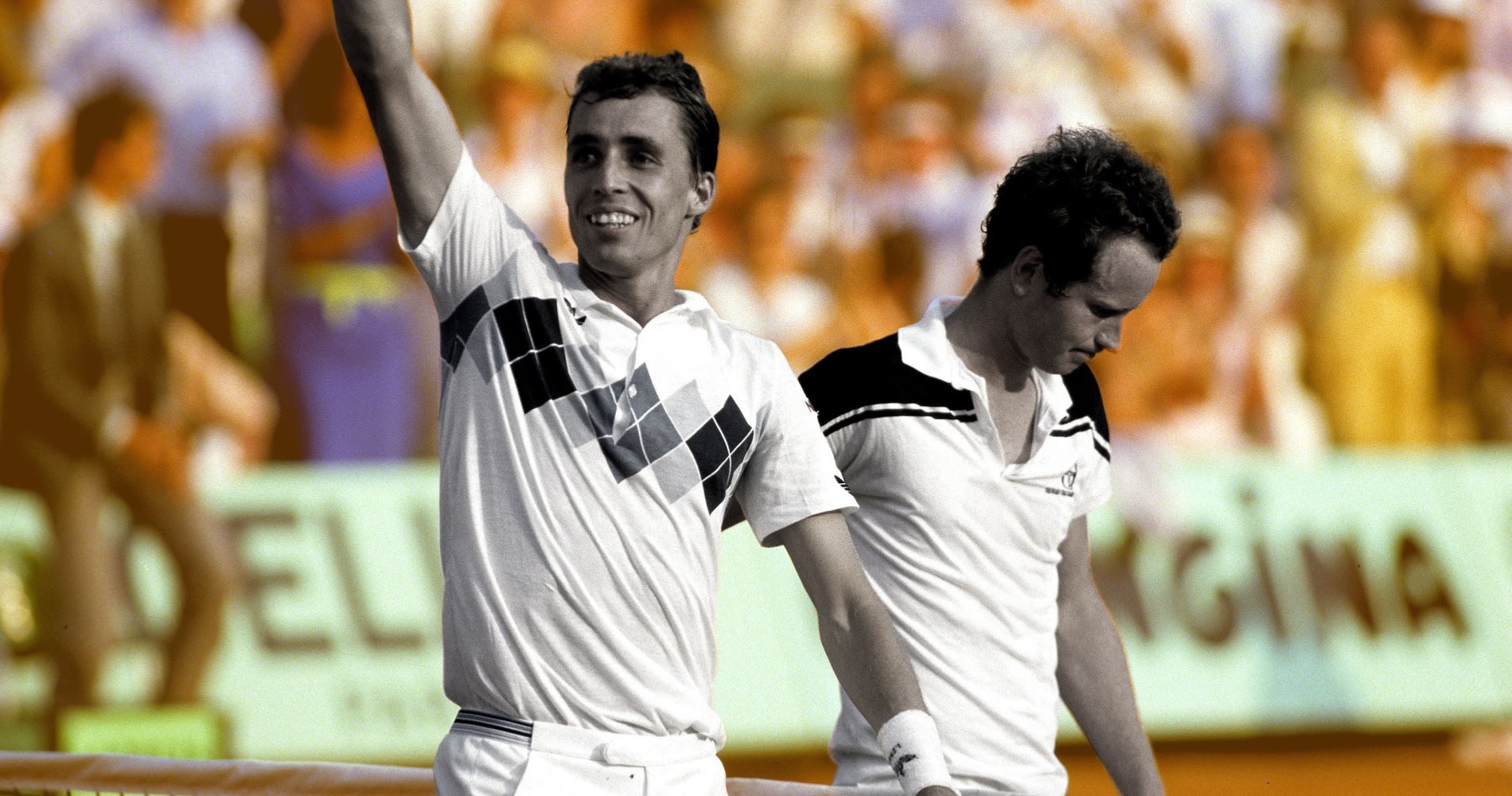 On this day, June 10, 1984, in the Roland-Garros final, Ivan Lendl came back from two sets down to edge out John McEnroe and claim his first Grand Slam title. This is probably the most famous French Open final ever played, because of its dramatic scenario, and because of the opposite game styles of the players. It was the moment when Lendl, who at that point had fallen short in each of the four Grand Slam finals he had contested, was no longer considered as the eternal runner-up. The 1984 final also marked the start of the French Open “curse” which, as the legend goes, prevented legendary attacking players, such as McEnroe, Boris Becker, Stefan Edberg and Pete Sampras from ever triumphing in Paris.

Lendl set new standards in the baseline game, with a powerful topspin forehand that allowed him to play aggressively while staying extremely consistent, pushing his opponents into a very tough, physical challenge. He also set new standards in work ethic, practising more than anyone before, paying attention to his fitness and to his diet in a way which tennis players were not used to.

John McEnroe, born in 1959, was the current world No 1. The lefty from New-York had amazed the tennis world since his first steps on the Tour in 1977. When he showed up at Wimbledon that year as an amateur at the age of 17, he made his way out of the qualifications and into the semi-finals. “Mac” was ultra talented, his game based on precision and touch on top of an iconic and lethal corkscrew serve. He was also known worldwide for his shocking on-court behaviour. The American was sometimes vulgar and his constant quarrelling with the officials did not go unnoticed in a “gentleman’s sport” like tennis.

In 1979 McEnroe became the youngest ever US Open Champion, defeating Gerulaitis (7-5, 6-3, 6-3). That year, he also made quite a sensation by edging out Borg (7-5, 4-6, 6-2, 7-6) to win the WTC Finals. Before Roland-Garros in 1984 he had already claimed five Grand Slam titles, including three US Open and two Wimbledon crowns. His most famous match was the 1980 Wimbledon final, where he lost in five sets against Borg, after winning an outstanding tiebreak in the fourth set (18-16). Ranked No 1 in the world at the start of 1984, he arrived in Paris undefeated, having claimed six titles and won 33 consecutive matches. 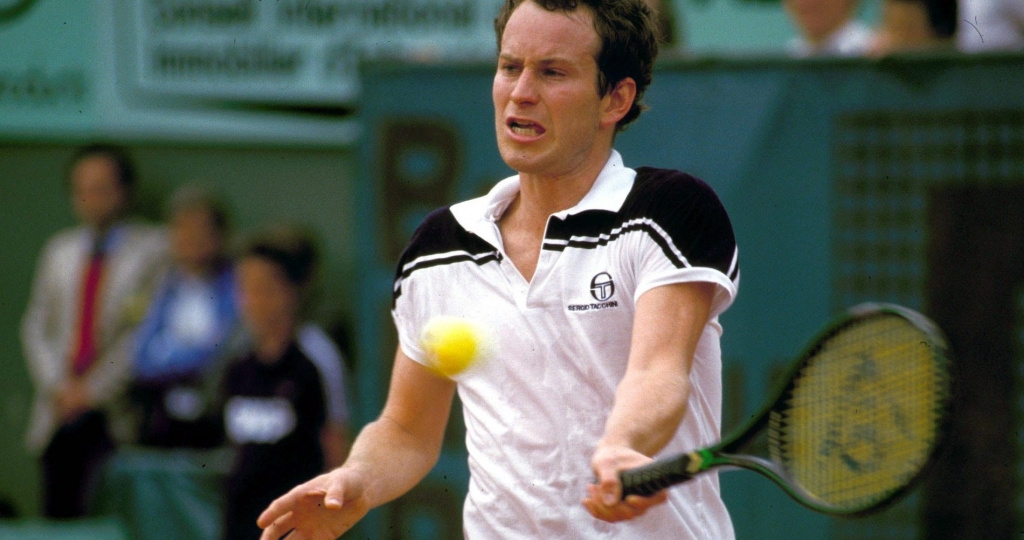 The story took place at Roland-Garros, Paris. The stadium, located in the west of Paris at the edge of the Bois de Boulogne forest, had been hosting the French Open since 1928. It was the first and now the only Grand Slam to be played on clay, the slowest surface, which made it the hardest tournament to win from a physical perspective. McEnroe played serve and volley and he had never gone past the quarter-finals in Paris.

When the 1984 Roland-Garros final started on a sunny Sunday, June 10, McEnroe was undoubtedly the favourite against Lendl. The trailblazing American had not lost a single match in 1984 prior to the French Open. Moreover, he had beaten Lendl four times already that season, and twice on clay without the Czech winning a single set. On his way to the Roland-Garros final, he had lost only one set, against Jose Higueras in the fourth round (6-4, 7-6, 3-6, 6-3). World No 5 Jimmy Arias and world No 3 Connors were then dispatched in straight sets. The American was at the peak of his art and this 1984 French Open was going to be his masterpiece.

On the other hand, Lendl had also lost just one set. Only Andres Gomez, ranked No 7, had managed to push him into a fourth set. The 1982 champion, Mats Wilander, was outplayed in the semi-final (6-3, 6-3, 7-5) by the Czech machine. 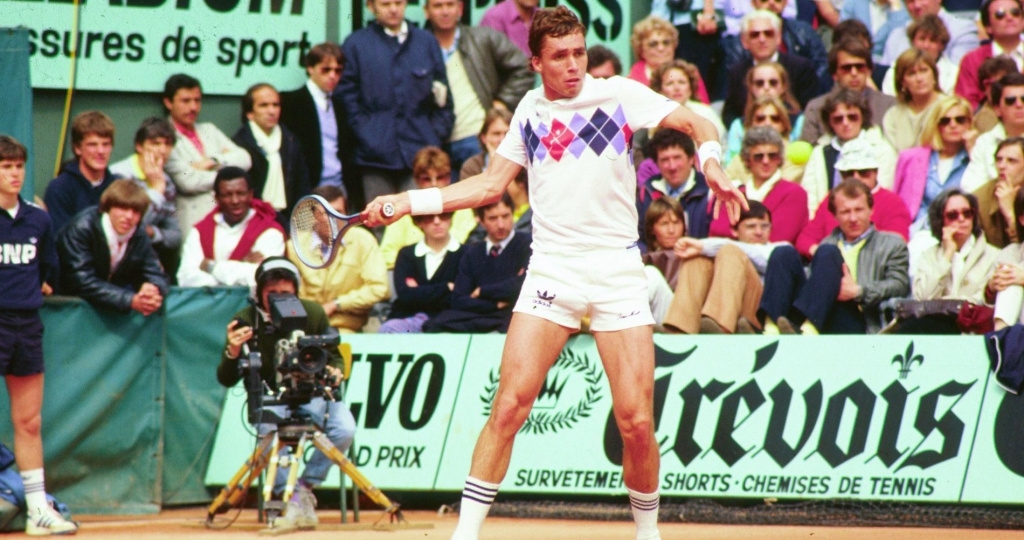 The two players could not have had more different game styles. McEnroe was playing serve and volley, with his own peculiar technique. Always creative, he was often referred to as an artist, whereas Lendl had the reputation of playing a much more mechanical game.

In the first sets, “the Artist” outclassed “the Robot”. Attacking the net ceaselessly, McEnroe put permanent pressure on Lendl with sharp serves and aggressive returns. Lendl seemed lost and slow-footed. Soon, McEnroe had sealed the two first sets, 6-3 6-2. As predicted, he was cruising towards the Roland-Garros crown.

But Lendl, true to form, was determined to give everything he had not to lose a fifth consecutive Grand Slam final. He wanted to prove Connors, who had called him “chicken” a few years before, and the many observers who said he didn’t have the guts to win a major final, dead wrong. Supported by the crowd, who wanted the show to last longer, he threw all his strength in the battle and managed to take the third set, 6-4. From that moment, the dynamic changed. It was by no means a walk in the park for Lendl, but things looked much better as a dark cloud settled over McEnroe, who by now was showing signs of fatigue and irritation, while the Czech’s groundstrokes were getting heavier by the minute. After four hours and eight minutes of play, McEnroe missed a last forehand volley and sealed his fate. Ivan Lendl had engineered a comeback for the ages, 3-6, 2-6, 6-4, 7-5, 7-5, to become the 1984 Roland-Garros champion.

“Mac” was beyond devastated by his loss. Staring at his toes during the trophy ceremony, he refused to address the public with the traditional speech and was booed as he left the court.

It is said that, coming back to his hotel in the throes of a maniacal rage, John McEnroe would ravage his room. Time would go by and McEnroe would never hide that this loss had wounded him deeper than any other in his career. For years, he would have nightmares about it when he would come to Paris.

Even so, this heartbreaking match would not prevent him from making 1984 his peak year. Claiming both Wimbledon and the US Open (where he would beat Lendl), and the Masters, he would finish the year as the undisputed world No 1, holding an 82-3 record.

After 1984, McEnroe would never win a Grand Slam title again. In 1986, mentally worn out, he would even take a break from the tour to marry Tatum O’Neal. He would be back but “Mac” would never obtain the same remarkable results and would not reach any more Grand Slam finals. His last remarkable result before he retired from professional tennis would be reaching the 1992 Wimbledon semi-finals (lost to Andre Agassi, 6-4, 6-2, 6-3) and winning the doubles title with Germany’s Michael Stich. In total, McEnroe would win seven Grand Slam titles, 77 singles crowns and 78 doubles titles and spent 170 weeks as world No 1.

Throughout their careers, McEnroe and Lendl would face each other 36 times, with Lendl coming out on top 21-15 after winning nine of the pair’s last 10 encounters. 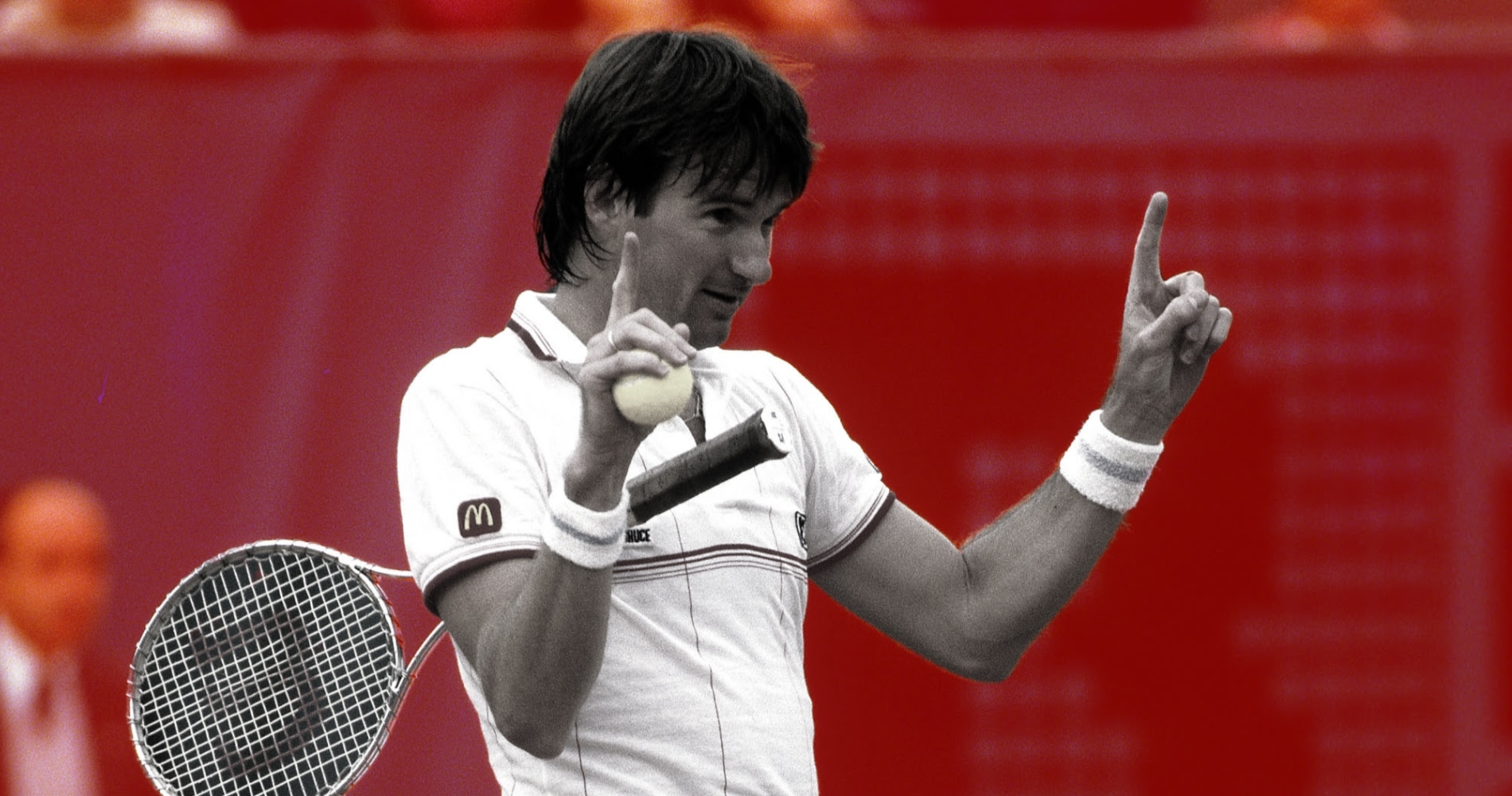 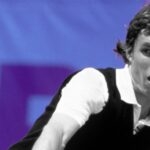 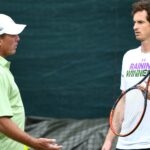