It may have felt like a Grand Slam final, but Rafael Nadal’s four-set victory over Novak Djokovic was only a quarter-final in Paris. Next up for Nadal on Friday is Alexander Zverev, who knocked off Carlos Alcaraz 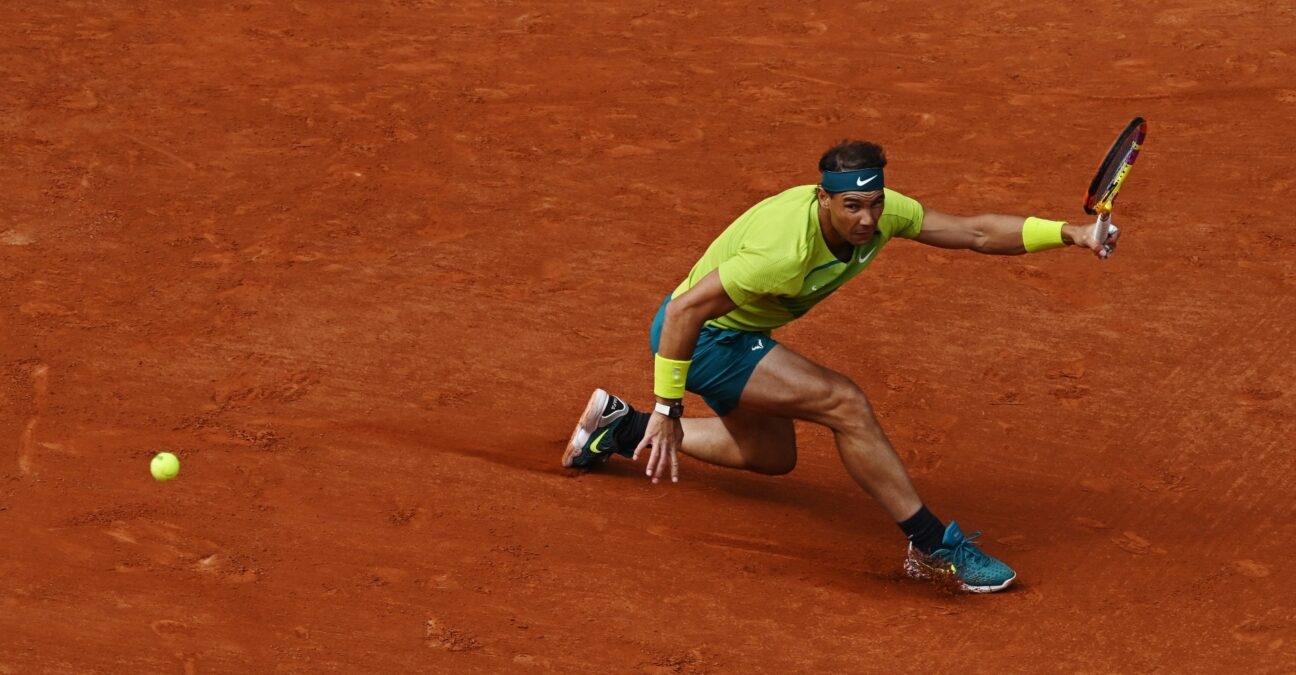 As expected, a Rafael Nadal vs Novak Djokovic match-up at Roland-Garros proved to be worthy of a final.

But following his latest Herculean effort on the terre battue of Paris, Nadal still has two more wins to go before he can potentially lift La Coupe des Mousquetaires for a 14th time. After all, Tuesday night’s showdown between the two all-time greats was only a quarter-final match. That won’t, however, dampen Nadal’s satisfaction over his 6-2, 4-6, 6-2, 7-6(4) defeat of Djokovic that sent the Spaniard into a semi-final clash against Alexander Zverev.

Even Djokovic had to admit afterwards as he raced into and through his press duties that Nadal deserved the triumph, surviving a roller-coaster battle with the top-seeded Serb after four hours and 12 minutes.

Having previously needed five sets to get past Felix Auger-Aliassime in round four, Nadal probably feels like he already deserves a trophy. But he still has to win two more matches, of course, if he wants to capture a 14th French Open title. Therefore the 21-time Grand Slam champion is not about to get ahead of himself even though Tuesday’s results cemented him as a heavy favourite for the remainder of the tournament. Not only did Nadal oust Djokovic, but Carlos Alcaraz also bowed out with a four-set loss to Alexander Zverev. 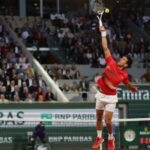 “In the end it has been a very emotional night for me,” the 35-year-old said. “I (am) still playing for nights like today. But is just a quarter-final match, no? So I didn’t win anything. I just give myself a chance to be back on court in two days; (to) play another semi-final here in Roland-Garros means a lot to me.

“If I am not playing good or if I am losing in that semi-final match, (it’s) not gonna be because I’m not gonna be focused on that semi-final match. I have experience [with] that. I am not the kind of guy and player that emotionally goes high and low. I am very stable, I think, emotionally. I know how things works. (It) is the moment to enjoy today because have been a beautiful night for me, without a doubt; very emotional one. But tomorrow (I’m) gonna start thinking about things that I need to do to be ready for that semi-final.”

“I gave my best” – Djokovic

Only Zverev, Casper Ruud, Holger Rune, Andrey Rublev, and Marin Cilic stand in Nadal’s way of another French Open title. It’s a surprising list of challengers, and one that makes Nadal an overwhelming favourite moving forward. Alcaraz’s loss earlier in the day raised the stakes of Nadal-Djokovic even higher, and neither man disappointed amidst that pressure.

It was a high-quality contest that saw Nadal finish with 14 more winners than unforced errors (57 to 43). He also served at 71 percent, won 23 of 30 net points, and converted seven of 17 break points. Still, Djokovic came close to winning — and very well might have if he had managed to serve out the fourth set at 5-3.

“He showed why he’s a great champion…. No doubt he deserved it.

“I gave my best,” the top-ranked Serb assured. “I know I could have played better, (but) I’m proud of fighting and staying till the last shot…. I lost to a better player today. (I) had my chances; didn’t use them. That’s it. Over four hours’ battle and I have to accept this defeat.

“I had my chances in the fourth; served for the set (and had a) couple set points. Yeah, just one or two shots could have taken me into a fifth. Then it’s really anybody’s match. But he showed why he’s a great champion — you know, staying there mentally tough and finishing the match the way he did. Congrats to him and his team. No doubt he deserved it.”

“It’s always special to play against each other,” Nadal concluded. “Tonight [was] just a quarter-final match, not the final. So that’s different. But still a super classic match.” 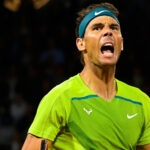 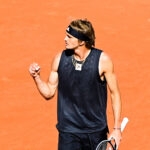 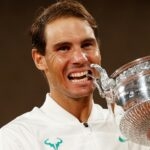