Russian players are in a position to participate at Roland-Garros this spring, per French Tennis Federation director general Amélie Oudéa-Castera. She also suggested that the same would apply to the other Grand Slam tournaments, even though their status for Wimbledon was recently brought into doubt. As it stands right now, Daniil Medvedev and the other Russian players will not have to pass a test of their political convictions in order to participate at Roland-Garros. Amélie Oudéa-Castera, director general of the French Tennis Federation, made that announcement on Wednesday.

Oudéa-Castera was answering questions regarding the statement made earlier this month by British Minister of Sport Nigel Huddleston, who indicated that Medvedev and his fellow Russians — in addition to Belarusians — would have to specifically denounce Russian president Vladimir Putin before being allowed to participate at Wimbledon this summer. Elaborating on her current stance, Oudéa-Castera said that she will follow the guidelines of the International Olympic Committee and the governing bodies of tennis, which recently decided that Russian and Belarusian players can continue participating on tour but only as independents; they can’t represent their country (no flags or country codes are displayed by their names).

RISKS FOR FAMILIES IN RUSSIA

Banning players for not speaking out against Putin would put them in a serious predicament: either they put their families at risk, or they have to stop playing. That isn’t a scenario Oudéa-Castera wants to see and she doesn’t want to treat individuals on a case by case basis. For example, one player’s family situation could be different from that of another player.

“At this stage, we do not intend to go into the details of personal and individual situations, which we also know can be extraordinarily dependent on the family situations experienced by each of them,” she explained.

“WE ARE ALL ON THIS POSITION”

“In competition, individual athletes are only banned if they are selected by their countries to represent them,” Oudéa-Castera continued. “This is not the case in tennis; players are allowed to participate in tournaments on the basis of their ranking.”

She went on to indicate that she has been in constant contact with Wimbledon officials in addition to the other Grand Slams and that everyone is on the same page.

“This is our common position, and it was reinforced by the joint declaration of 37 Sports Ministers on March 9, 2021. We are all on this position and in continuous dialogue. We are very vigilant about anything that could happen…. For the moment we are on this course, and it is the right one.” 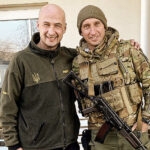 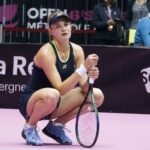