Anastasia Pavlyuchenkova advanced to her first Grand Slam final on Thursday at Roland-Garros. The Russian talked afterward about her journey to this point. 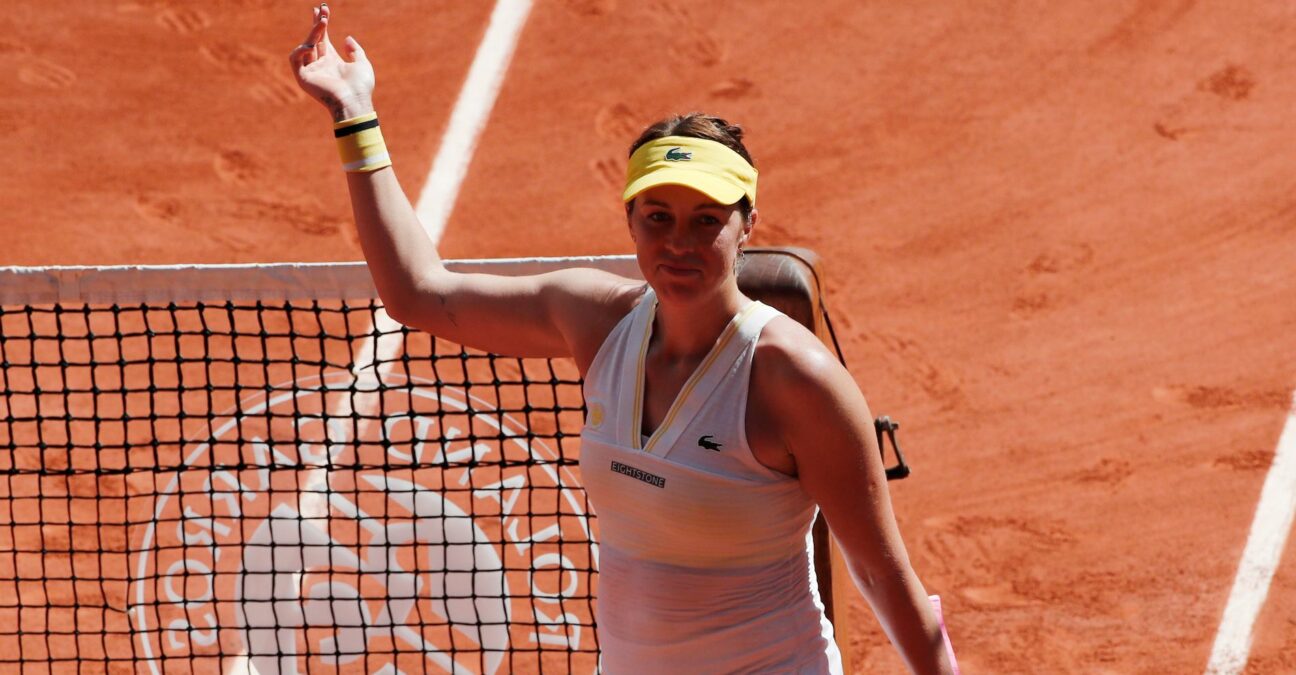 The oldest of the eight women’s quarter-finalists at the French Open, 29-year-old Anastasia Pavlyuchenkova has been playing Grand Slam tournaments since 2007.

She probably didn’t think it would take until 2021 to reach a slam final for the first time.

After all, Pavlyuchenkova made a run to the quarter-finals at Roland-Garros back in 2011 — when she was only a teenager. In fact, she came within two games of advancing all the way to the semis that year before squandering a set and 4-1 lead over then-defending champion Francesca Schiavone. Despite the heartbreaking loss, the 19-year-old showed signs of future greatness.

Getting over the quarter-final hurdle

Sure enough, Pavlyuchenkova went on to reach the quarters of the 2011 US Open a few months later. She would eventually play four more major quarter-finals through 2020, and of the six total quarter-final appearances at least one was made at each of the four Grand Slams.

A semi-final and even a final, however, remained elusive.

But that has all changed at the 2021 French Open, the 52nd slam event of Pavlyuchenkova’s career. Following her breakthrough quarter-final win over doubles partner Elena Rybakina (a 6-7(2), 6-2, 9-7 thriller), the Russian defeated Tamara Zidansek 7-5, 6-3 on Thursday to finally reach a Grand Slam championship match.

Needless to say, it was worth the wait.

“14-year-old me would tell me, like, ‘What took you so long?,” Pavlyuchenkova said during her post-match press conference. “It’s been a long road. I had my own long special road. Everybody has different ways…. It’s been a lot of ups and downs. It’s been a tough one.

“I definitely didn’t expect this year being in the final. I guess you can’t expect those things. I was just there working hard, doing everything possible. I just said to myself, ‘You know what, this year let’s do whatever it takes, anything you can do to improve your game, your mentality.’ Started working with a sports psychologist — everything. Just I wanted to give it a try so I have no regrets after.”

It’s been there in my head forever.

Anastasia Pavlyuchenkova, on the thought of winning a Grand Slam

The world No 32 certainly has no regrets now.

Now she wants to go one step farther and lift a Grand Slam trophy for the first time.

“This something I’ve been thinking about every single time,” Pavlyuchenkova said when asked she first started thinking about possibly winning a major. “I think as tennis players, that’s the only goal I think we have in the head. That’s why we (are) playing tennis. That’s for us the biggest achievement you can get. That’s what you playing for, I think, of course.

And now she can put away forever the demons of that 2011 loss to Schiavone.

“I wasn’t thinking about that (match) because it was a quarter-final, not a semi-final,” Pavlyuchenkova said during an interview with Tennis Channel following Thursday’s victory. “I think that was a good example of how I couldn’t handle the moment. Those are tough lessons, but good lessons to learn.