The last Grand Slam of 2020 is under way as the French Open is hosted in a cold and wet autumnal Paris in late September. Day 1 saw a few surprises, but most favourites produced expected results. 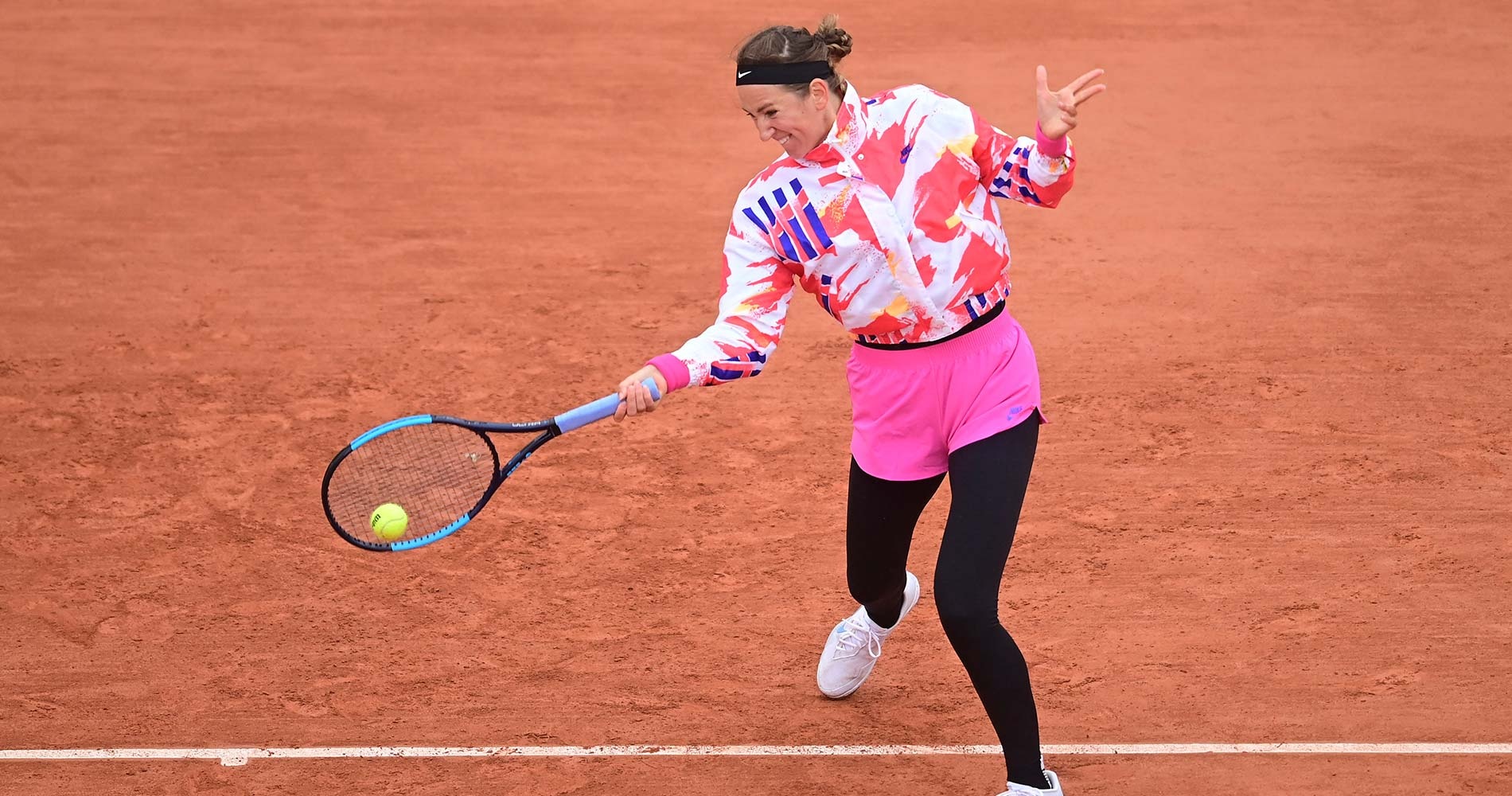 Azarenka at round 1 of Roland-Garros 2020

That is a weird phrase to say in late September, but the lone Grand Slam on clay was able to reschedule to a wet and chilly autumn after being postponed by the COVID-19 pandemic. There is definitely a lot of new stuff to this tournament — weather conditions, balls, very limited fans allowed into the premise, and — finally — a roof over Philippe Chatrier.

A total of 38 matches were completed today in the men’s and women’s singles draw, and the harsh conditions did come in play — but at least they were able to get all but one of the matches done.

Top seeds like Simona Halep, Victoria Azarenka, Elise Mertens, Alexander Zverev, and Stan Wawrinka all advanced in straight sets, while others like Maria Sakkari, John Isner, and Benoit Paire also made their way into the second round.

Here is where the men’s and women’s draws stand after Day 1.

The woman of the day: Garcia downs Kontaveit

The French had some bad luck in the draw, with tough matchups in the early going. Carolina Garcia defied expectations, though, as she completed the three-set upset of No 17 seed Anett Kontaveit (6-4, 3-6, 6-4) by holding a crucial game in the third set to go up 5-4 in a break-laden decider.

The man of the day: Rodionov outlasts Chardy

The man and match of the day could be easily flipped, but Austrian Jurij Rodionov is our man of the day as the qualifier triumphed in a five-setter that saw his opponent Jeremy Chardy go up 2-0 in sets to start the match. The final score after four hours and 42 minutes was 3-6, 4-6, 7-6(6), 6-4, 10-8.

Rodionov survived a match point in the third set and seized his lone set point to establish the comeback and win the fourth set as well. He missed out on four match points early in the fifth set, but found a crucial break at 8-8 to finish out the comeback after two more missed opportunities to take the match. 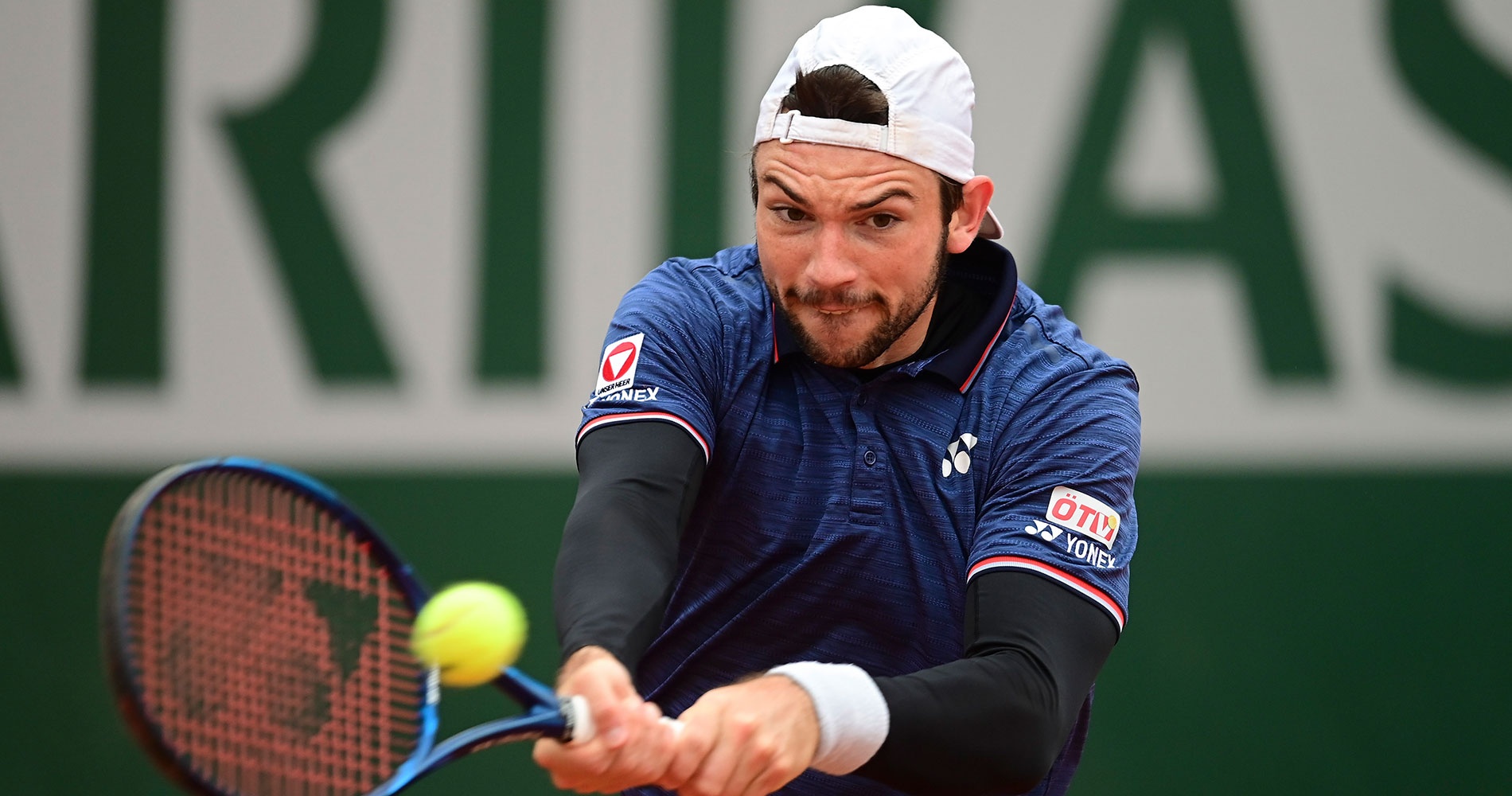 The match of the day: The five-hour Argentinian tussle

Tied 2-2 going into the fifth set, the first match point of the match took a surprisingly long while to come by, with Londero only having the first chance to close out the match up 9-8. Eleven out of the 26 games in the final set were breaks, and Londero seized his third match point to finish the de-facto six-set match.

The news of the day: Paire’s confusing testing results

Benoit Paire took down Soonwoo Kwon in straight sets to start his Roland-Garros campaign, but it is safe to say that it has been a roller-coaster ride for the Frenchman to even be able to play in the tournament with a slew of mixed COVID-19 testing result.

The highest seed to fall was David Goffin. The 11th seed was blown away by 19-year-old Italian Jannik Sinner by the score of 7-5, 6-0, 6-3. After losing serve to end the first, the Belgian completely folded in the second and early on in the third. Sinner’s 3-0 start in the final set was enough to seal the straight-set victory.

Also, Genie Bouchard is (maybe) back, too, as the wild card took down Anna Kalinskaya 6-4, 6-4 for her first Grand Slam victory since 2019 Australian Open.

The picture/quote of the day: Vika HATES the cold

This could well be the most interesting scenario of the entire Roland-Garros — the weather conditions. With rain in the cards and the weather only getting colder from here, the start of the tournament did not give much of a good sign toward how that could be circumvented.

It started with Victoria Azarenka’s match against Danka Kovinic, in which the Belarusian refused wait on the court for rain to subside because the conditions were so nasty. Here is an assortment of the quotes Azarenka dropped during her discussion with the officials on leaving the court as a heavy patch of clouds was approaching, plus a photo of the two bundled up while waiting for a final decision.

“It’s raining for like 15 minutes and we’re playing, who cares?”

“You can’t hold your racket because it’s so wet.”

“It’s cold. I’m not sitting out here like ducks. I’m going inside.”

“This is getting a little a bit ridiculous.. I’m not sitting here because I’m getting frozen.. I’m not waiting here a couple minutes because it’s cold, 8 degrees. I live in Florida. I’m used to hot weather.”

Azarenka: "You guys are joking right?"

The point of the day: Cecchinato makes de Minaur run a lot

Cecchinato’s crucial break to keep himself alive and then claiming the first set started with this rally, in which he definitely made the young Australian work by moving him around the court.

Day 2 will see a number of top seeds join the fray and weather the conditions, as rain is in the forecast again. Here are five matchups from each draw that might prove to be intriguing.