Stefanos Tsitsipas said following his five-set loss to Novak Djokovic in the semi-finals of the French Open that he can take away some positives. But he also admitted his frustration. 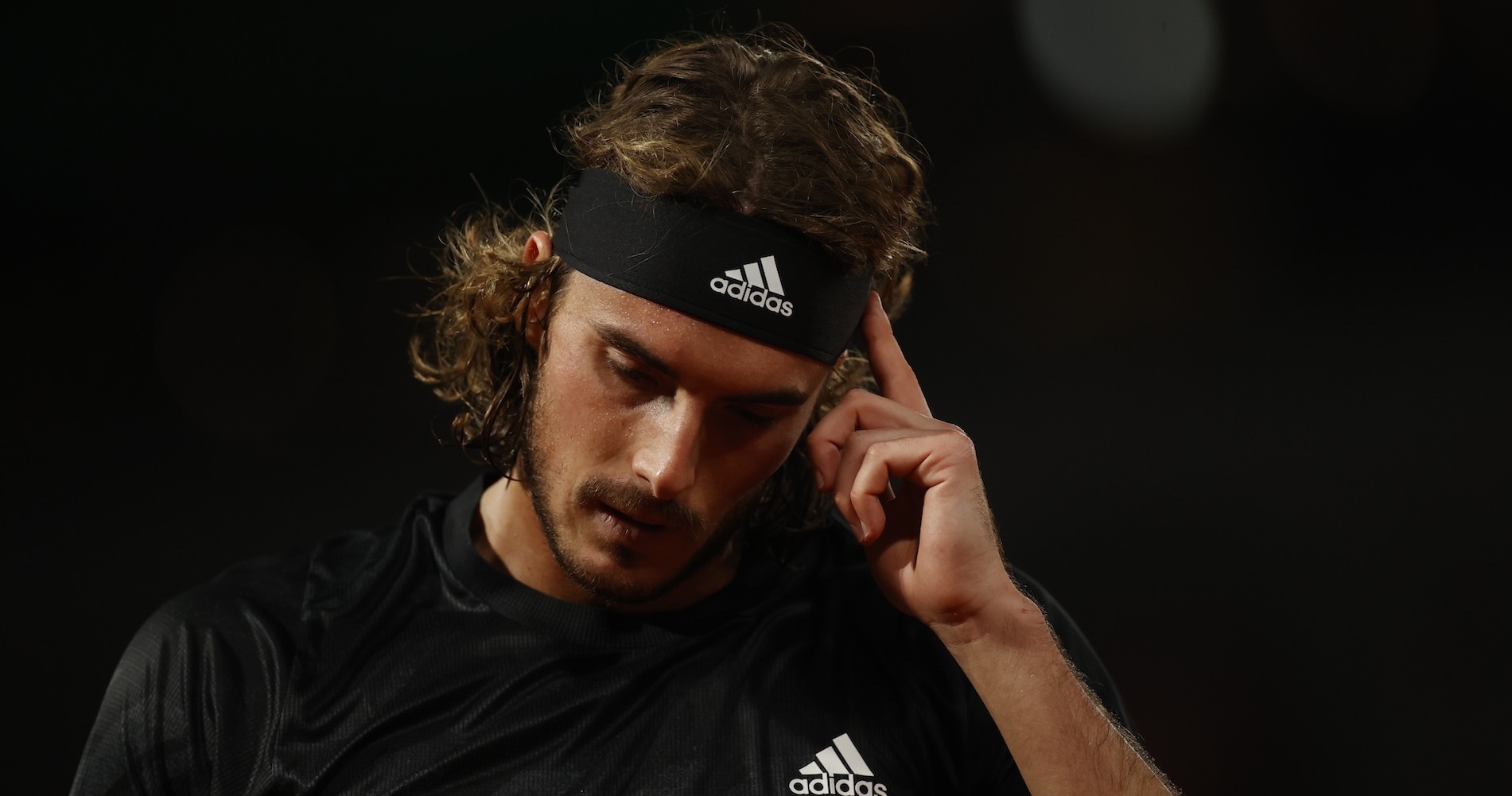 Stefanos Tsitsipas battled back from a two-set deficit to push world No 1 Novak Djokovic to five sets in Friday’s semi-final nightcap. In the end, however, Tsitsipas fell short with a 6-3, 6-2, 5-7, 4-6, 6-1 loss. Djokovic won the final six games of the match to book his spot in the final against Rafael Nadal after three hours and 54 minutes.

It was close but no cigar for the sixth-ranked Greek in his second Grand Slam semi, bidding for his first slam final appearance.

Afterward, he talked about the difference between losing and winning, and also about his progress since his previous major semi-final result at the 2019 Australian Open.

Q. You are a very passionate player. Everyone saw that out on the court today. Why does winning or losing mean so much to you?

I wouldn’t make money from tennis. I don’t know what I would be doing, but tennis wouldn’t be part of my life. Winning has provided a lot. Of course, good ways and bad ways. There are some deficits. Yeah, without winning, I wouldn’t have my sponsors. Without winning, I wouldn’t be traveling all around the world. Losing kind of keeps you in the same place, in the same spot, which is why I hate losing. Of course, I think everyone hates losing. It’s weird if you don’t hate losing.

But I guess a loss is a very good lesson where life puts a stop at what you’re doing. You can reflect on that. You can grow. You can get better. You can take that loss and turn it around, use it as a life lesson to move forward, to become a stronger person.

Q. I remember your press conference after the Australian Open semifinal last year. You seemed kind of shell-shocked by how things had gone. I wonder what do you think are the biggest improvements you’ve made from then to now?

TSITSIPAS: I was still a kid, and now I’m turning more into an adult. My thinking has changed. I’ve matured. I’ve been through a lot of things. I have grown from the people around me, my relationships, people in general. They have contributed a lot to that.

I have, of course, more experience in my pocket than before. I’ve played matches. I’ve experienced different things. I know when something is good or not, and I can, I think, dictate that earlier. So a lot of experience, a lot of physical improvement I think. Also the ability to read the game a bit better. Also, for sure, 100%, be more relaxed on the court. I saw myself in videos two, three years ago, and I’ve matured a lot in a way that I’m more calm and more observant on the court.

Can you give us an overview of how you’re feeling after this 2020 French Open semifinal ?

Well, I feel happy and sad at the same time. It could have been a better result for me today. Novak showed once again what an incredible athlete and his ability on the courts. He is one of the most difficult opponents I’ve faced in my entire life. I have huge respect for that. He puts a lot of pressure on the return. I think there are a lot of things that I have to work on. He has reached almost perfection in his game style, which is unbelievable to see honestly. That inspires me a lot to go out and work and try to reach that perfectionism, that ability to have everything on the court. His serve was good today. I wasn’t creating much damage on the return. I could have done much more. And my service games, I seemed to struggle throughout the entire match. I didn’t have many games where love or easy games that I managed to win. That shows a lot of good qualities from Novak.

You know that, for Novak, it’s taken him quite a bit of time to get where he is. Can you take some positives out of a really difficult loss?

Yes, many things. Again, I had an amazing comeback. I wish I could have figured certain things earlier which, I don’t know, I felt like it was a total demolition. I tried those things in practice and tried to implement them in the match. It was something new. I wish I wouldn’t have tried these things and tried to stay to my ordinary and basic way of feeling the ball and also trying to dictate the game. I think that was a huge mistake today, that I tried this for two sets in a row, then came back to my old way of doing things. Yeah, as you saw, it was a good comeback, and I think I played great tennis after that, except the fifth set, which I believe my body was not ready. Physically I wasn’t really there present.