Iga Swiatek followed up her impressive giant-killing performance against top seed Simona Halep by defeating Italy’s Martina Trevisan 6-3, 6-1 and make the semi-finals of the 2020 French Open. 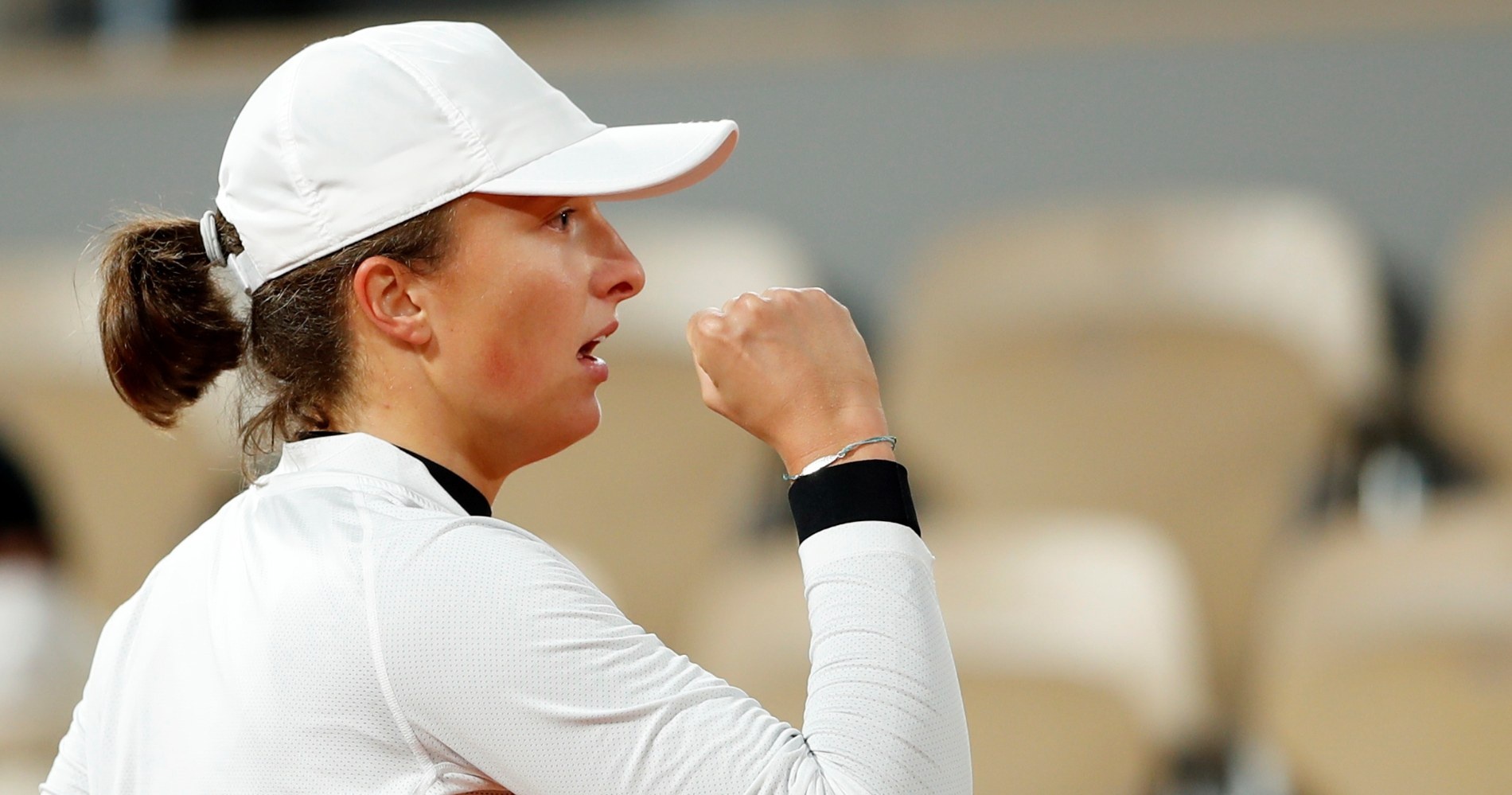 Swiatek, who demolished Halep with a mightily impressive performance in the fourth round, was slow out of the blocks, finding herself 3-1 down. But once into her stride, she rallied to take the opener 6-3 in 41 minutes.

From then on, it seemed plain sailing, a run of eight successive games putting the big-hitting Pole firmly in control.

And with the wind picking up, whipping and whirling the clay around the court and rattling the flag masts, Swiatek rounded off proceedings in confident fashion.

“It was pretty hard at the beginning because it’s hard to get used to the conditions,” said Swiatek after her victory. “I’m pretty happy with my performance, Nadia played a great tournament and just on fire since the beginning so big congratulations to her. I’m just so pleased.”

Next up for Swiatek is fellow qualifier Nadia Podoroska, and she has a secret weapon up her sleeve to keep her relaxed and limber. And that’s more tennis in the form of doubles!

“I want to keep my routines and I feel like I behave off court really well. I’m fresh, nothing hurts me, so it’s kind of new for me. Every grand slam I’m so stressed,  so it’s really hard for me but right now very well, so we are going to keep out routines. I have doubles tomorrow, so it’s also good preparation for singles and I have a great partner, so I’m just going to keep the rhythm, you know.”