Home » News » Tsitsipas vs Zverev: Head-to-head series, statistics, and everything else you need to know about their rivalry

Tsitsipas vs Zverev: Head-to-head series, statistics, and everything else you need to know about their rivalry

A summary of past head-to-head meetings, statistics, and other important information about the Stefanos Tsitsipas vs Alexander Zverev rivalry. They will clash in the French Open semi-finals on Friday. 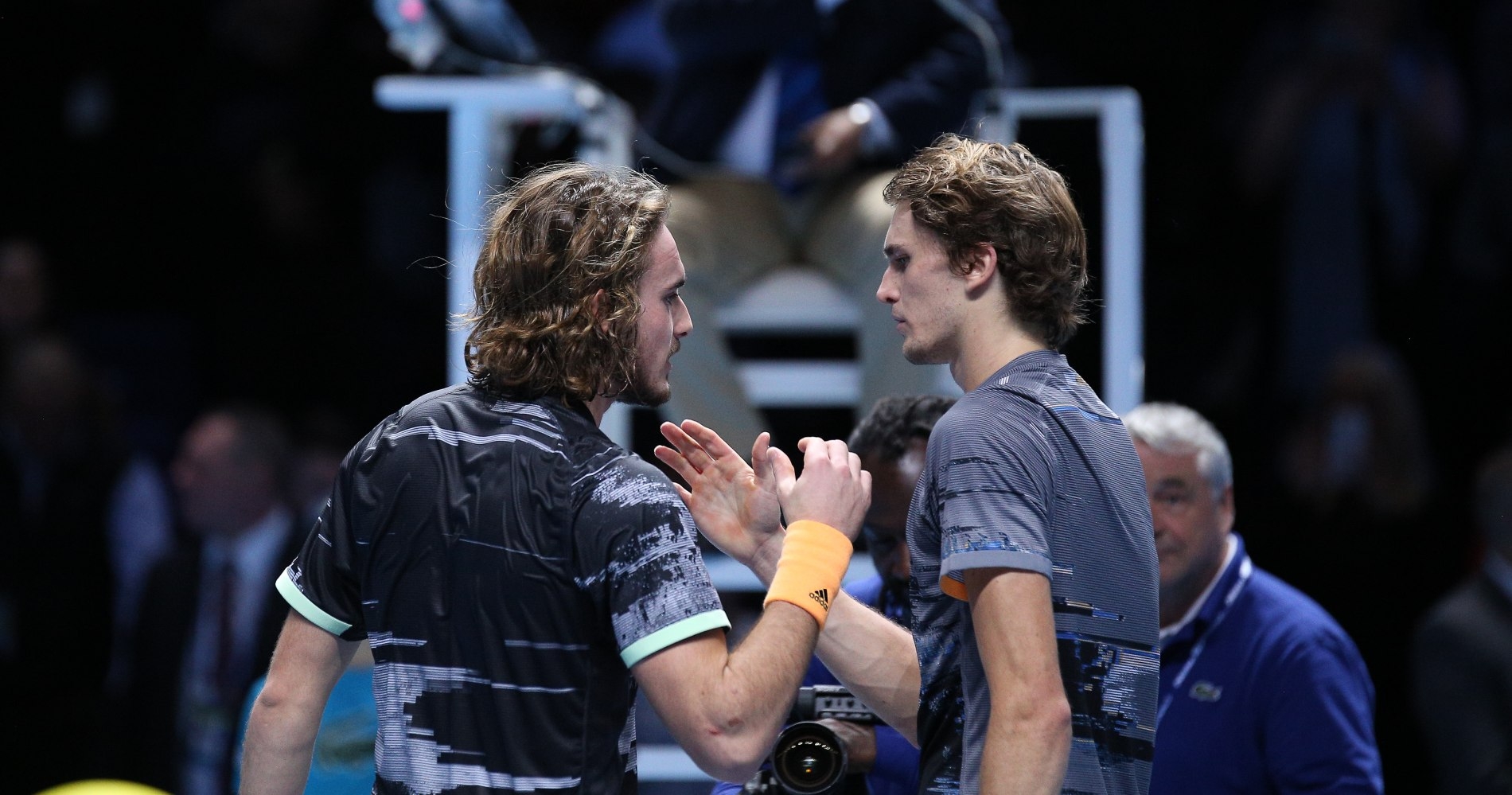 Dating back to 2018, when they went head-to-head for the first time, Stefanos Tsitsipas and Alexander Zverev have squared off at least once each season. It was Zverev who prevailed first at the 2018 Washington, D.C. event before Tsitsipas reeled off five consecutive victories at the German’s expense. Of those five wins, three came in straight sets. Zverev finally got some revenge by beating the Greek in the 2021 Acapulco final a few months ago.

Heading into Friday’s French Open semi-final, Tsitsipas leads the head-to-head series 5-2 on the ATP Tour. This rivalry between two players who were recently NextGen stars may seem somewhat one-sided at the moment, but is far from over. With Zverev just 24 years old and Tsitsipas only 22, they figure to cross paths many more times.

TSITSIPAS AND ZVEREV, WHO HAS THE BETTER STATISTICS?

Despite a deficit in his matchup against Tsitsipas, Zverev has superior overall statistics. Of course, part of that can be attributed to the fact that the German is older and has been on tour for a longer period of time.

Alexander Zverev has won 15 ATP titles in his career as of June 10, 2021, which break down as follows:

Zverev has also lost nine finals in his career, including a Grand Slam final at the 2020 US Open to Dominic Thiem.

He reached his best ranking of No 3 in the world in November of 2017. He is currently No 6.

Stefanos Tsitsipas  has won 7 ATP titles in his career as of June 10, 2021, which break down as follows:

He is currently ranked No 5 in the world — the best of his career.

WHAT HAS BEEN THE BEST TSITSIPAS VS ZVEREV MATCH?

Among their seven matchups on the ATP Tour, the one that took place in the quarterfinals of the Toronto Masters 1000 in 2018 is arguably the best. At the top of his form and then world No 3, Zverev went up against Tsitsipas — then No 27 — for the second time. The German dominated the start of the match, winning the first set 6-3 and eventually earning two match points in a second-set tiebreaker.

However, Tsitsipas — who had upset Novak Djokovic in the previous round — did not give up and managed to force a third set. The Greek continued to show mental fortitude and completed his comeback to prevail 3-6, 7-6, 6-4.

Tsitsipas would go all the final to the final before losing to Rafael Nadal.