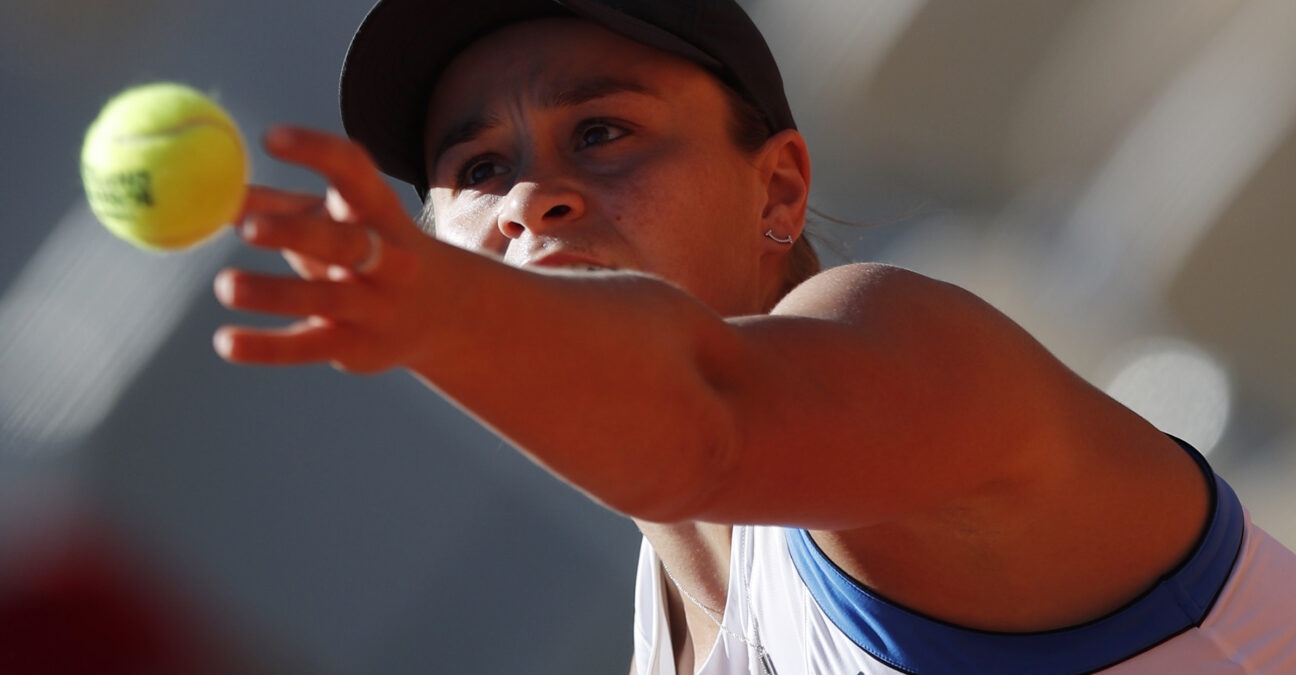 World No 1 Ashleigh Barty revealed that her left hip had flared up over the weekend, as the Australian received medical attention during her first round win at Roland-Garross on Tuesday.

Barty, the 2019 Roland-Garros champion scored a 6-4, 3-6, 6-2 win over 70th-ranked Bernada Pera in Paris, even as the Australian seemed hampered in her mvoement on court.

Later after her match, Barty told the media that she is not 100 percent fit, but she is going to do her best to give herself more chances as the tournament goes on.

“It’s going to be a little bit tough this week,” she explained. “I think over the weekend we had a bit of a flare-up through my left hip, which obviously just needed a bit of help today, needed some assistance to try and release it off as best I could. But, no, I think we were able to fight through, able to give ourself a chance to play again the next round. Today was all about going out there and giving myself a chance and letting myself play with as much freedom as possible.”

I’m doing the best that I can. That’s all I can ask for myself, and I 100 percent trust my team.

Barty added that she has complete faith in her team and that she is confident about her phsyical conditioning improving in the coming days.

“I’m doing the best that I can. That’s all I can ask for myself, and I 100 percent trust my team. They know my body exceptionally well, and we know how we’re gonna manage through this week. We know what we’re doing. We’re confident in that we can get my body to a point where I’m able to compete. I think if you’ve got the chance, you’re in with a chance, you never know. You never know what can happen, and that’s about going out there and really having the right attitude and kind of just going out there and playing as best you can on that given day.”

Barty is now through to the second round, where she will play Magda Linette — who scored a 6-3, 6-3 win over Chloe Paquet.