Alexander Zverev’s dramatic retirement on Friday at Roland-Garros was not the first abrupt end to a tennis match on one of the biggest stages in the sport, and unfortunately it probably won’t be the last. Let’s take a look back at some others throughout tennis history 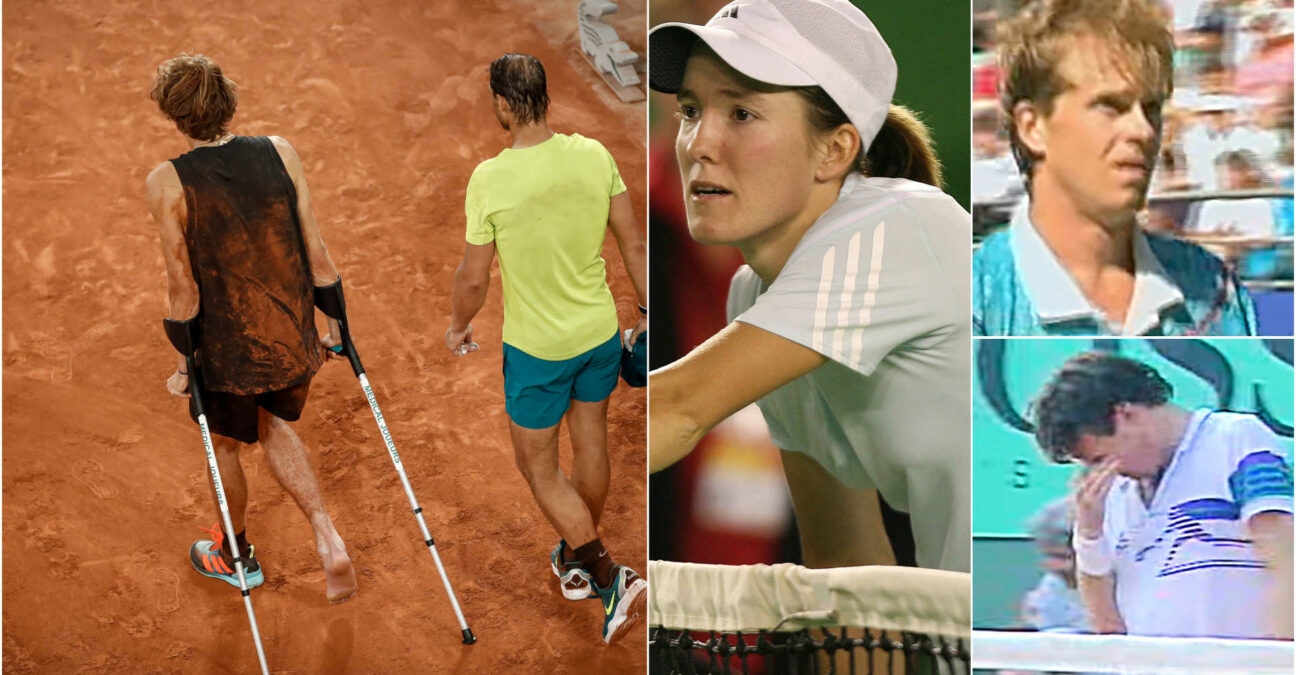 Alexander Zverev was forced to retire in the middle of a thrilling French Open semi-final match against Rafael Nadal on Friday afternoon. After three hours and 13 minutes, they had not even completed two sets. On the final point prior to a second-set tiebreaker, Zverev rolled over on his right ankle and had to be helped off the court in a wheelchair.

The abrupt end to such an important match brings back painful memories of other retirements on the biggest stages in tennis.

Edberg didn’t just have to retire from a Grand Slam match in 1990. He had to retire from a final. With the Australian Open trophy on the line, the Swede was forced out by a torn stomach muscle. He had won the first set against Lendl before losing the second and trailing 5-2 in the third. If Edberg had been healthy, it would have been anyone’s match… just like Zverev vs Nadal. But Edberg’s body failed him and with that Lendl lifted the trophy. It was the last major trophy in Lendl’s career and Edberg would make the next months great with his second Wimbledon trophy and then the number on spot at the ATP ranking.

Another retirement on the biggest stage of all happened in 2006 — again at the Australian Open, this time on the women’s side. Mauresmo secured her first Grand Slam title — but not in the manner in which she would have wanted. With Mauresmo leading by a set and a break, Henin called it quits because of an abdominal injury. Fortunately for the Frenchwoman, she also triumphed at Wimbledon later that year and was able to enjoy a true slam-winning moment.

This may not have been as obvious of an injury or the same kind of abrupt end like the Zverev incident, but the stakes made it memorable. Heading into the final of the 1990 Paris Indoors, both Edberg and Becker were in contention for the year-end No. 1 ranking. The winner would take it before the first “ATP Finals” in history (brand new name of the classic Masters), won the two previous years par these two. When Becker had to retire in the first set because of a thigh injury, being unable to serve despite a 3-3 scoreboard, Edberg clinched the top spot for the end of 1990. And the Paris-Bercy trophy.

Zverev’s plight evokes memories of the 1991 French Open, when another semi-final failed to be completed. Like Zverev vs Nadal, Connors vs Chang had all the makings of a marathon match. And the two Americans did indeed battle into what should have been a fifth set, but it was a fifth set that never happened. Connors, then aged 39, was forced to retire because of exhaustion after managing to win the fourth and playing — and winning — just a single point in the fifth. So he was leading when he retired.

“I’m the last guy who’s going to stop a match like that, with 18,000 people rocking like they were,” the left-hander said. “I was going to push myself to play the fourth set, no matter what, but to play the fifth set was worthless. If there had been any chance to continue I would have, believe me.”

This wasn’t as memorable since it didn’t happen at a Grand Slam, but the kind of injuries — Zverev’s and Stich’s — were remarkably similar. At the 1995 Vienna event, Stich was trying to track down a Woodbridge drop-shot and rolled over terribly on his left ankle. Stich obviously had to retire from the match and missed the rest of the season. Although the German returned at the beginning of 1996, his ankle was never 100 percent and his career never got back on track. Stich retired at 28 years old following the 1997 Wimbledon Championships.

Two other retirements in the semis of a Grand Slam came at the Australian Open. In 2010, Peng Shuai could not complete her match against Caroline Wozniacki because of a heat-related illness.

In 2018, Hyeon Chung — who had previously upset Novak Djokovic in the round of 16 — retired in the second set against Roger Federer due to foot blisters.

There have been other injuries somewhat similar to Zverev’s sudden stroke of bad luck, albeit ones that did not happen on such a stage as a slam semi-final. In Wimbledon doubles in 2017, Bethanie Mattek-Sands was left writhing on the grass in pain, later learned to be a torn ACL.

Another doubles disaster struck at the 2021 US Open, where Luisa Stefano tore her ACL in the semi-finals against Coco Gauff and Caty McNally.

Two recent French Open injuries were suffered by David Goffin and Nicolas Almagro, both in 2017. Goffin ran into the tarp at the back of the court and sustained a severely sprained ankle, forcing him to retire from his third-round match against Horacio Zeballos.

One round earlier, Almagro fell to the ground in tears because of a knee injury against Juan Martin Del Potro. Almagro played just 13 more matches the rest of his career, winning only two. 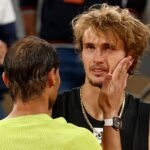 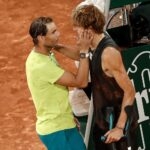 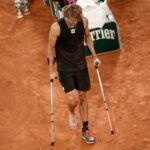 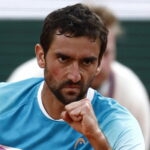 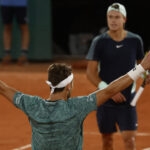