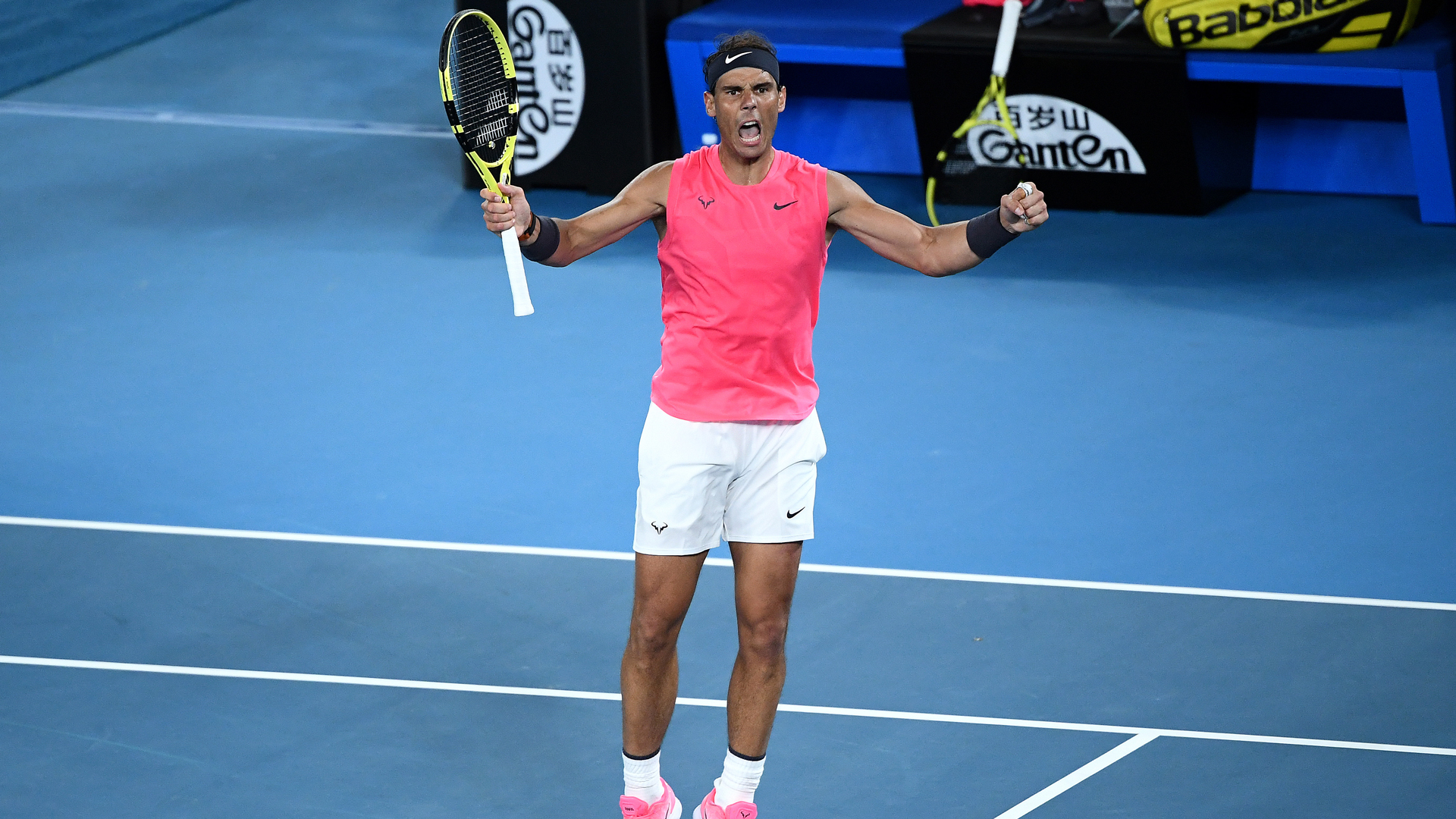 Rafael Nadal survived a fourth-round test at the Australian Open, but Daniil Medvedev fell to Stan Wawrinka in Melbourne on Monday.

Nadal overcame Nick Kyrgios in a huge battle on Rod Laver Arena, reaching the quarter-finals at the year’s first grand slam for the 12th time.

The man he conquered in last year’s US Open final, Medvedev, fell short in a five-set thriller against Wawrinka.

NADAL GETS PAST KYRGIOS

The world number one, who has endured a frosty relationship with the Australian, hit 64 winners and made just 27 unforced errors in his win.

A visibly emotional Kyrgios warmed up for the blockbuster clash in a Kobe Bryant jersey, paying tribute after the Los Angeles Lakers great’s death on Sunday.

The 23rd seed fought hard as the pair put on a show, but was left to rue costly errors in the two tie-breaks.

Nadal will face Thiem, who powered past Gael Monfils 6-2 6-4 6-4 in under two hours, as the Spaniard’s bid to join Roger Federer on 20 grand slam titles continues.

Thiem, 26, reached the quarter-finals of the Australian Open for the first time.

Champion in Melbourne in 2014, Wawrinka produced what was the only upset of the day – at least by ranking – as he eliminated Medvedev.

After failing to go beyond the third round of any major in 2018, Wawrinka reached two quarters in 2019 and is into the last eight in Melbourne for the first time since 2017 – the year he underwent knee surgery.

Welcome back to the final , @stanwawrinka!

The loss saw Medvedev fall to a 0-6 win-loss record in five-setters in his career.

“As I say, I don’t like to play five sets,” he told a news conference. “I get tired. Even though I’m there, I want to win it. As I say, at this moment, didn’t win one in my life. We’ll try better next time.”

Next up for Wawrinka is Zverev, who is yet to drop a set after impressively brushing past Russian 17th seed Andrey Rublev 6-4 6-4 6-4.

Zverev, the German seventh seed, did not face a break point on his way to the Australian Open quarter-finals for the first time.

A German masterclass @AlexZverev gives Andrey Rublev his first defeat of 2020, overcoming the Russian 6-4 6-4 6-4 to reach the #AusOpen quarterfinals for the first time, where he will meet Stan Wawrinka.#AO2020 pic.twitter.com/zDrQ0wh7cV

It also marked the first time Zverev has reached the quarters at a major other than the French Open, where he lost in the last eight in 2018 and 2019.

“He showed why he’s a grand slam champion, beating Medvedev, coming back from two sets to one down, playing great tennis,” Zverev said about Wawrinka.

“He’s still one of the toughest players to play, especially here in Australia.”