Matching Roger Federer’s grand slam tally is of no concern to Rafael Nadal. 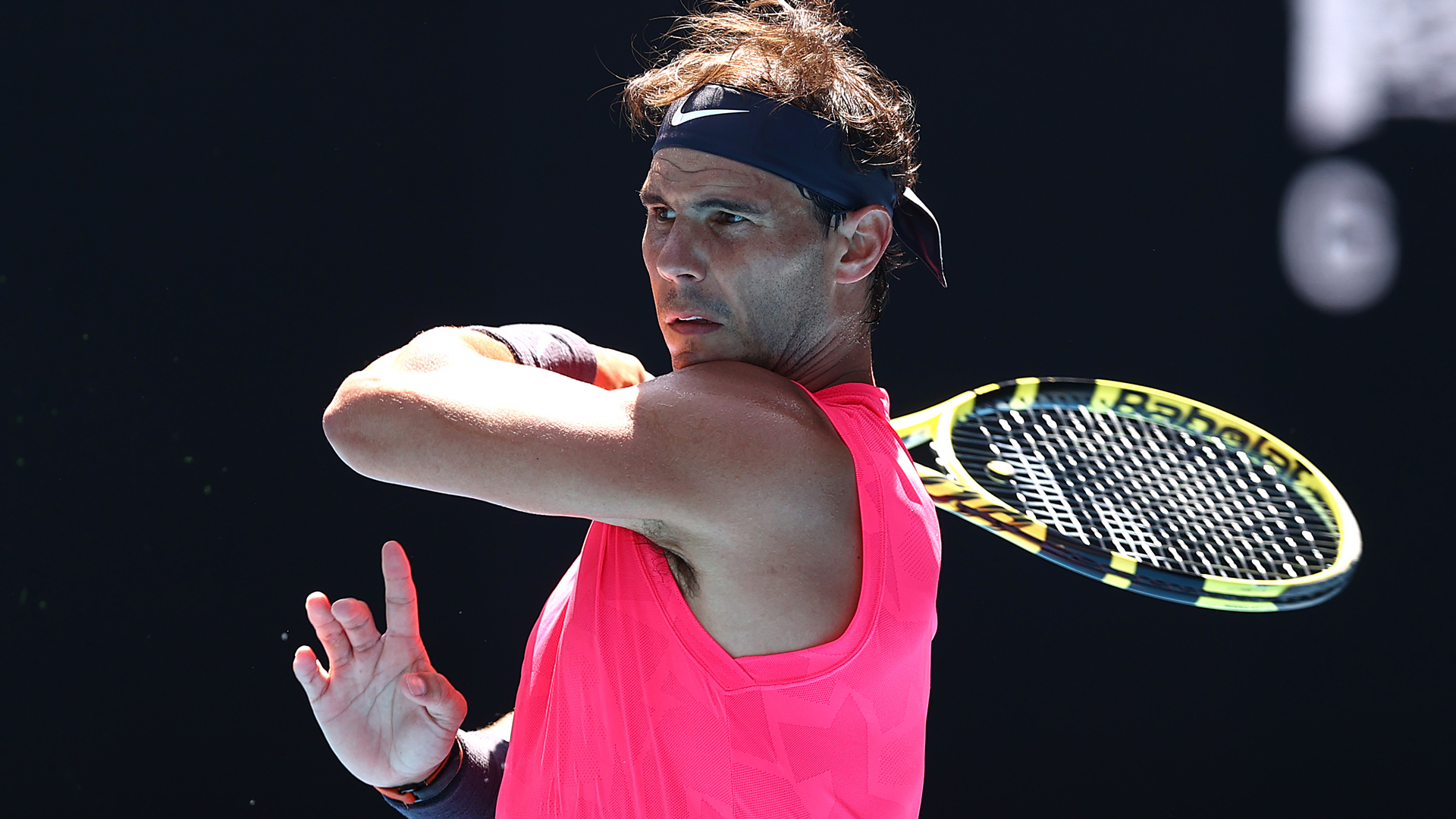 Rafael Nadal insists he is unfazed about potentially winning his 20th grand slam title at the Australian Open.

The world number one started his campaign in Melbourne with a 6-2 6-3 6-0 victory over Hugo Dellien on Tuesday.

After winning two grand slams last year, Nadal is just one away from joining Roger Federer on a men’s record 20 major titles.

But the Spaniard is refusing to think about potentially reaching the tally ahead of a second-round match with Federico Delbonis or Joao Sousa.

“No. I think about Sousa or Delbonis. That’s all. I think about my practice of tomorrow, try to follow up the level of tennis that I played in the third set. That should be my main goal today,” Nadal told a news conference.

“I am very satisfied about my tennis career because I give it all most of the time. That’s the only thing that matters because, honestly, it’s something I don’t really think about.

“I don’t think in the future achieving 21 grand slams, for example, I’m going to be happier than if I am 19 in 10 years. I won the US Open a few months ago, and I was super happy in that moment. But today I’m happier than if I didn’t win the US Open? Probably not. That’s the only thing that matters in this life.