2019 Miami Open champion Ashleigh Barty is one win away from repeating after beating Elina Svitolina in the semi-finals on Thursday. Barty awaits either Bianca Andreescu or Maria Sakkari in the championship match. 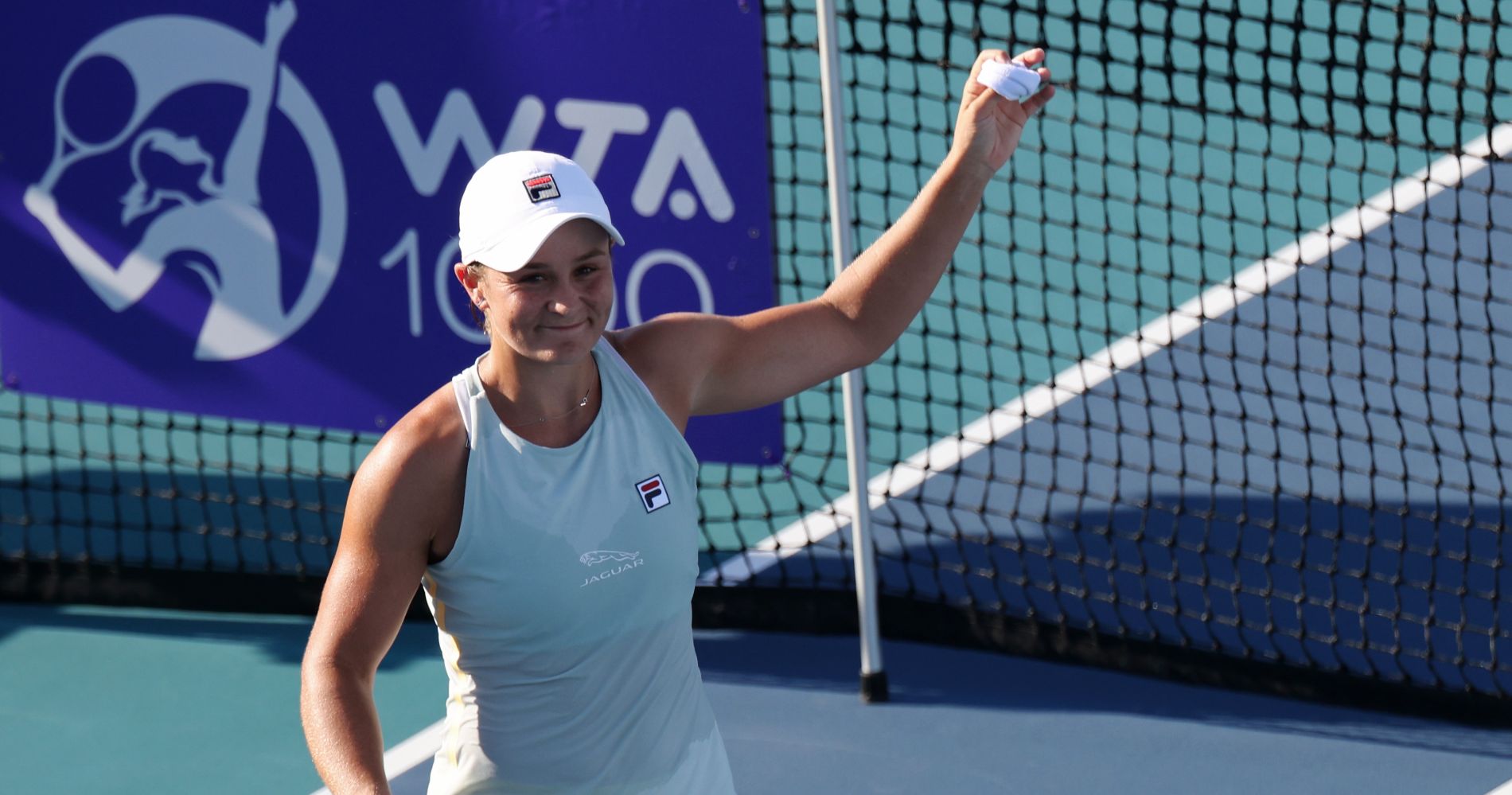 Even before Thursday, Ashleigh Barty had already done enough at the Miami Open to maintain her spot at No 1 in the WTA rankings. Now she is looking like she wants to keep it a lot longer.

Barty, who would have surrendered the top spot to Naomi Osaka if Osaka had captured the title and Barty had lost prior to the final, defeated Elina Svitolina in straight sets in the first semi-final match. The Aussie needed one hour and 29 minutes to set up a Saturday showdown against either Bianca Andreescu or Maria Sakkari.

Back to back Miami Open finals! 🙌@ashbarty secures a spot in the final once again after defeating Svitolina, 6-3, 6-3.#MiamiOpen pic.twitter.com/RdlpKDxCzU

In control from the start

Heading into Thursday, Barty trailed the head-to-head series against Svitolina 5-1. However, the 24-year-old won their most recent meeting at the 2019 year-end championship and she was clearly determined that this latest contest would resemble the 2019 matchup as opposed to the previous five. That is exactly what happened, as Barty came out firing to take control right from the start. The top seed generated break points in all five of her return games in the opening set and converted two of those chances for leads of 1-0 and 4-1. Although she got broken back for 4-2, Barty’s third break of the afternoon at 5-3 wrapped up the set.

The 2019 French Open champion eventually extended her streak of return games with at least one break point to eight. She capitalized on two more of those opportunities in the second set, thus more than making up for one service donation of her own. Barty, who briefly took a medical timeout for an apparent abdominal issue, held her final two service games with ease to power through the finish line.

“Yeah, I think it was (my best match of the tournament),” said Barty, who had won each of her previous four matches in three sets. “I think [with] Elina, you have to produce your best tennis. Happy with the way we were able to execute today.”

Andreescu vs. Sakkari in the nightcap

Andreescu and Sakkari will contest the second semi-final on Thursday night. Barty has never faced Andreescu and she is 4-1 lifetime against Sakkari.

“(They are) both tremendous competitors — tremendous athletes,” Barty commented. “Maria’s someone who’s the most physical on the court. (I have) never played Bianca, so maybe it’s a fresh start for both of us. She knows how to win big tournaments and she loves the big matches.”