Barty sets up Swiatek showdown despite error-strewn performance in Madrid

Ash Barty will face Iga Swiatek at the Madrid Open after surviving a difficult test against Tamara Zidansek. Petra Kvitova also won through. 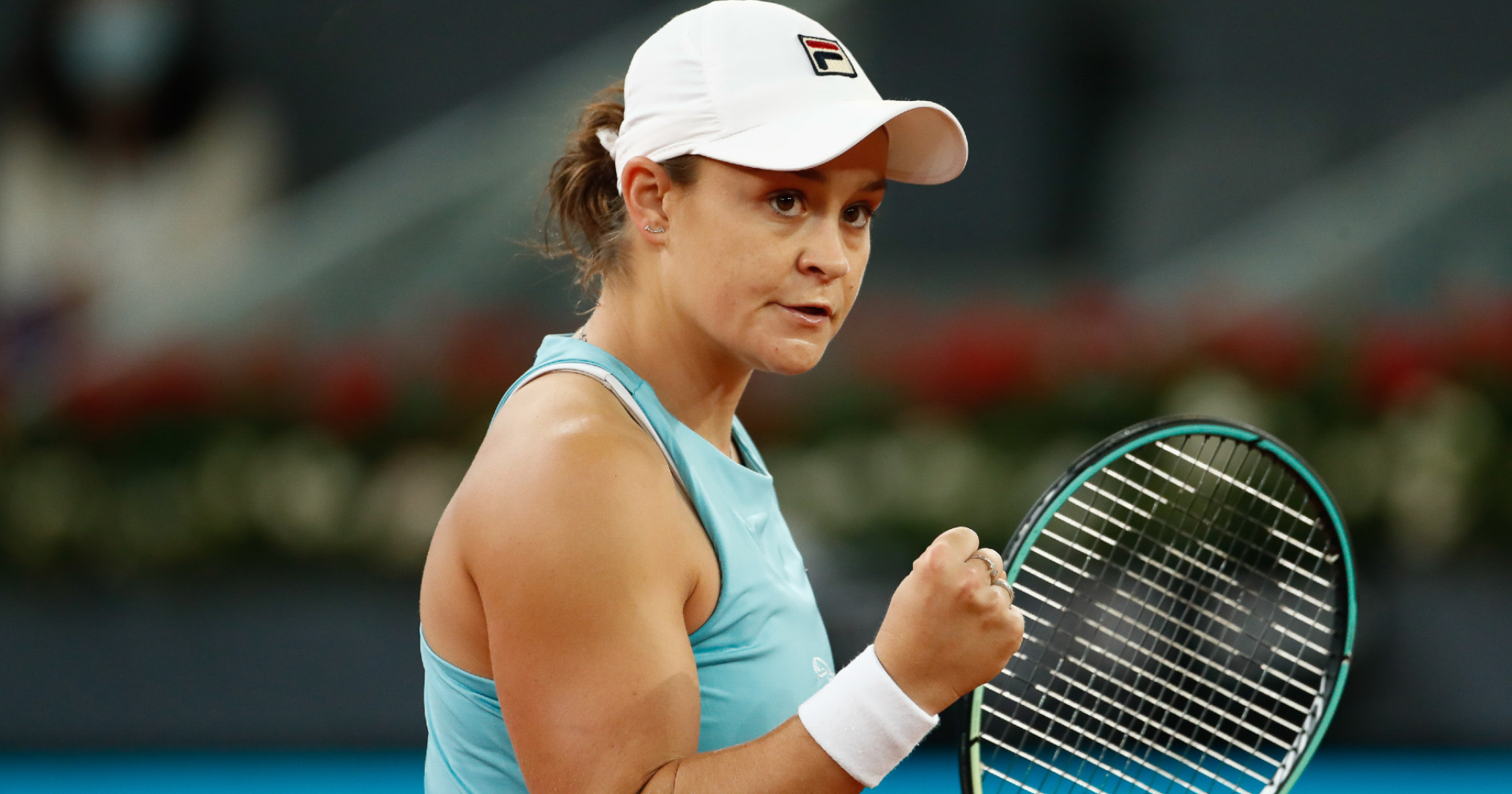 Ash Barty overcame Tamara Zidansek and her own disjointed performance to reach the third round of the Madrid Open on Saturday.

The Australian triumphed 6-4 1-6 6-3 after nearly two hours on court to extend her winning streak on red clay to 13 matches.

Barty will face reigning French Open champion Iga Swiatek in the next round, the 19-year-old having eased past Laura Siegemund 6-3 6-3 in a contest where she failed to take 10 match points before getting over the line. Swiatek has won nine consecutive matches on clay, all without dropping a set, since last year’s Roland-Garros.

Barty endured a more troubled contest with Zidansek, landing just 51 per cent of her first serves.

Zidansek lost the opener after a wayward forehand at 4-4 but was authoritative in the second as she won a set against a top-10 player for the first time.

However, a series of errors early in the decider allowed world number one Barty to open up a lead she did not relinquish. Barty was champion at Roland Garros in 2019 but skipped last year’s Paris grand slam, so the clash with Swiatek will pit together the two most recent French Open winners.

“[It was] a really tough match,” Barty said after edging out Zidansek. “I felt my margins were a little bit off. I made a lot of errors. I think I was missing in the right way, but still just a foot or two here or there makes a big difference. I felt like there were probably too many loose ones for me today.

The quest for the quadruple continues

Kerber got the opening break in each set, only to drop serve in the next game, with Kvitova ultimately rewarded for powerful hitting as she ended the contest with 33 winners to her opponent’s 14.