Rublev and Garin tumble out, Schwartzman and Khachanov advance in style

A colourful Diego Schwartzman and an impressive Karen Khachanov both booked their places in the second round of the Western & Southern Open on Sunday with straight-sets victories. 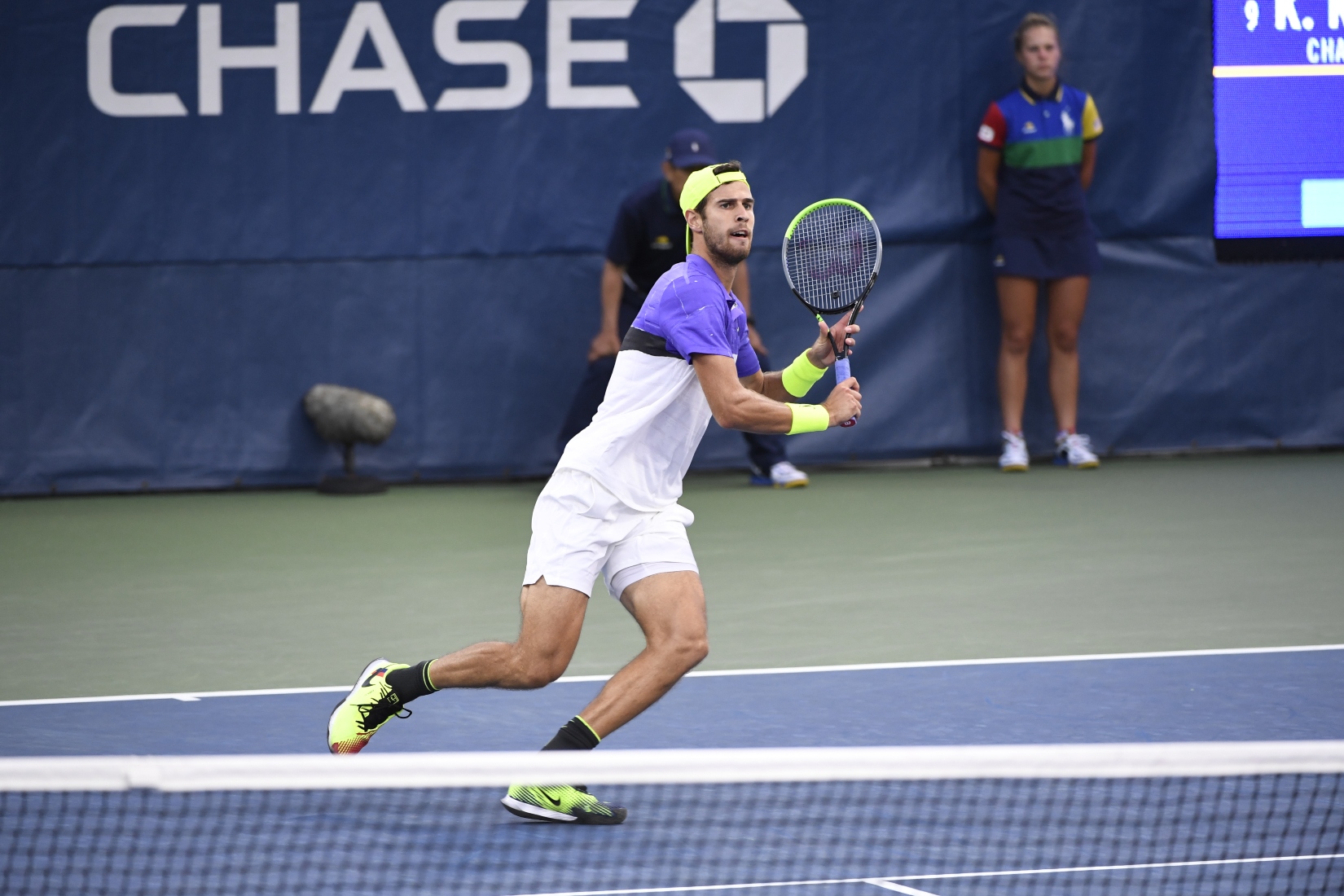 Diego Schwartzman walked onto court wearing a multi-coloured shirt that absolutely no one could have missed, including his opponent, Casper Ruud, and the Argentine clearly enjoyed himself as he ran out a 7-6, 6-2 winner.

The shirt drew almost as many questions in the post-match press conference as his tennis but Schwartzman was delighted with both his performance and his sense of style.

“I really love it,” he said. “I really love the new shirt. It’s 100% different that Fila it’s always trying to do. It’s another colors, and I really love to wear. It was a nice change. I knew already since the beginning of the year, but I was hoping to play this tournament to wear this shirt. So I’m very happy to be here and using these clothes for Cincinnati. I think Fila was improving a lot the last few years, and the colours show different style so it’s nice.”

His game was almost as snazzy as his choice of clothing, though, and he needed to be on his toes against the 21-year-old Norwegian Ruud, who pushed him hard in the first set. Once Schwartzman had taken the tiebreak 7-2, his confidence grew and he broke once to take the match, setting up a meeting with American Reilly Opelka.

Russian Karen Khachanov, the No 11 seed, took care of business with a 6-4, 6-4 victory over Alexander Bublik, who doesn’t need a colourful shirt to show his personality on the court.

After five months away because of the Coronavirus pandemic, world No 51. Bublik began the match against Khachanov with an underarm serve, an eccentric move even for a man known for his unpredictability.

But Khachanov kept his mind on the job and was always on top, seeing off the Kazakh in two straight sets, setting up a clash with Pablo Carrena Busta of Spain.

“First match in six months…it feels a little bit strange for everybody still without crowd, with all those rules, restrictions,” the Russian said. “But honestly, you know, you have time to focus just on the tennis. Nothing disturbs you from outside. I think from my side it was quite a solid match, I would say. I was not expecting to play unbelievable, but on the other side, I did a lot of work before. I’m happy to get the win, to stay in the tournament, to have another match and, yeah, just to compete again.”

After the match, Khachanov and Bublik even engaged in a bit of basketball. The result, though, was the same.

“He just asked me if I want to play one or two games in basketball,” Khachanov said. “I destroyed him there, as well, so, you know, he goes home with 2-0 down.”

Competitors for today, but friends always 😎@karenkhachanov & Alexander Bublik played some 🏀 after their match at #CInCyTENNIS. pic.twitter.com/2trVBDMgfc

Rublev bounced out by Evans

There would no energy left for extracurricular activities for Dan Evans and Andrey Rublev following their first-round match. That was a much tighter and much tougher contest, with Evans emerging victorious 7-5, 3-6, 6-2 after two hours and 32 minutes. The two players combined for 27 break-point chances, 18 of which were generated by the 28th-ranked Brit (he converted six of them). Evans served at just 49 percent, but his trusty backhand slice got the best of Rublev’s power and allowed the underdog to pull off a hard-fought upset of the No. 10 seed.

Having also won the Battle of the Brits exhibition title last month, Evans is carrying plenty of confidence and momentum with him into Monday’s showdown against Milos Raonic. The Canadian defeated Sam Querrey 6-4, 6-4 on Saturday.

“It was a tough match,” Evans said. “Obviously it was very hot. Didn’t serve great. Just happy to come through. It was a long bit of a struggle at times. I’m just happy to have got through. I played some good tennis in the end.

Ranked 28, Evans picked up where he left off before the Coronavirus pandemic shut down the Tour.

“I think I’m playing as good I have played,” he said. “You know, I’m hitting the ball great, moving great, I feel strong. So I don’t think I need to be looking to go back to any sort of form. I should be happy with how I did today. I think that’s one of the best matches I have probably played, and to come through with not really a serve and just my second serve getting me out of trouble, I thought I deserve to be proud of that. That’s probably one of the better wins I have had on the tour.”

Picking up where he left off 👋

Rublev wasn’t the only seed to tumble out during the afternoon session. No. 13 Cristian Garin, who is at his best on clay and has already captured two titles on the red stuff this season, lost to Aljaz Bedene 6-4, 6-7(8), 6-0.

Grigor Dimitrov, the 14th seed whose positive test for the Coronavirus started the ball rolling in the ill-fated Adria Tour, showed a welcome return to form with a solid 6-3, 6-4 win over Ugo Humbert 6-3, 6-4. The Bulgarian, who told Tennis Majors that he struggled with the after-effects of the virus, will now play Hungarian Marton Fucsovics — a 6-3, 6-4 winner over qualifier Norbert Gombos.