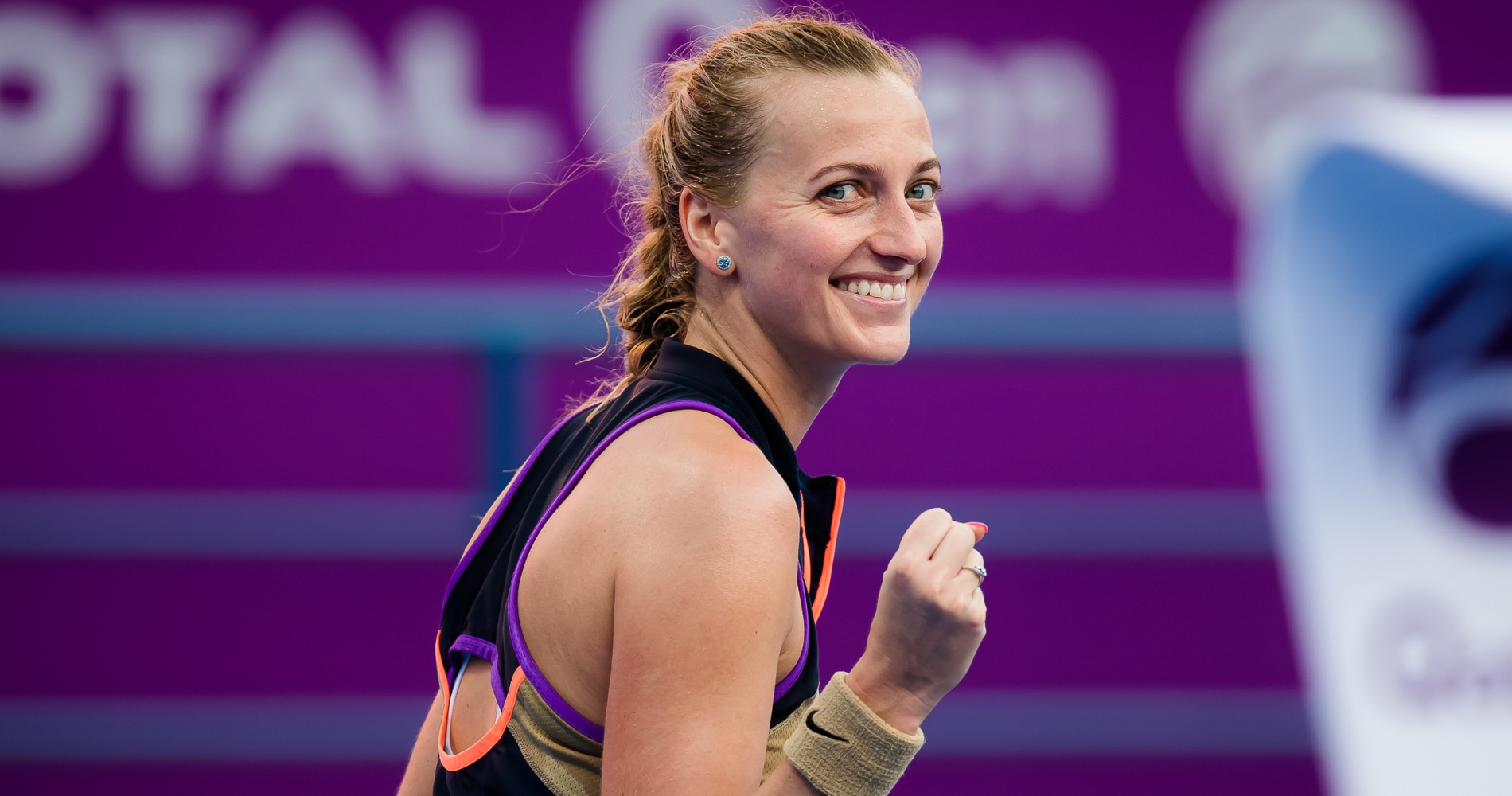 Two-time Grand Slam champion Petra Kvitova kept her calm in a swirling wind as she ended the run of American qualifier Jessica Pegula on Friday, beating the American 6-4, 6-4 to reach the final of the WTA event in Doha for the third consecutive time.

The Czech, who turns 31 on Monday, came from 3-0 and 4-2 down in the second set to secure victory and a meeting with Spain’s Garbine Muguruza, whom she beat in the 2018 final. She has not earn a trophy since she won her 27th career title in Stuttgart in 2019.

“I have the best memories of this court,” Kvitova said after a win appreciated by the fans who were allowed into the stadium, socially distanced due to Covid-19 restrictions. “It’s been a while since I played a final, so I’m really looking forward to it.”

“Today when I woke up it was fine, then I saw the sand everywhere from my window so I was like uh oh. It was really tricky, really tough today, it was just about putting the ball into court as much as possible. I’m really glad that I found a way.”

The wind made life difficult for both players throughout the match and both were under pressure on their serve, with 10 breaks in all. The left-handed Kvitova served out for the opening set but soon found herself 3-0 down to world No 44 Pegula, who had come through qualifying and upset Karolina Pliskova to reach her first semi-final in a tournament of that level.

But from 4-2 down, Kvitova showed her experience, cutting out the errors and forcing Pegula into mistakes. After breaking to get back on serve, the two-time Wimbledon champion won a brilliant long rally to break again for 5-4 and she then served out to love to reach the final.

Kvitova paid tribute to the efforts of Pegula, the first ever qualifier to reach the semi-finals in Doha.

“She is improving since last year,” she said. “I played her in the US Open then, it was already a tough one and since then she has had a lot of success. She is a very solid player from the baseline and also played some good volleys too.”

The Czech will now play Muguruza for the title after the Spaniard advanced when Victoria Azarenka was forced to pull out before their semi-final due to a back injury.

“If I remember that final, it was a real rollercoaster” Kvitova said. “I was down 5-0 in about 10 minutes, so I will try my best to begin better. But if I finish the same way I really don’t care.”

We are saddened to inform that due to the back injury Victoria Azarenka is pulling-out from Qatar Total Open 2021 🩹 Effectively, Garbine Muguruza is qualified for the place in QTO 2021 FINAL! 🎾 #qatartennis #wta #qto2021 @vichka35 @garbimuguruza pic.twitter.com/VR4L2cDqkZ