Fernando Verdasco: “I’m able to play but I have to be careful”

Fernando Verdasco is getting back into shape, and also finding his footing quickly with the UTS rules. 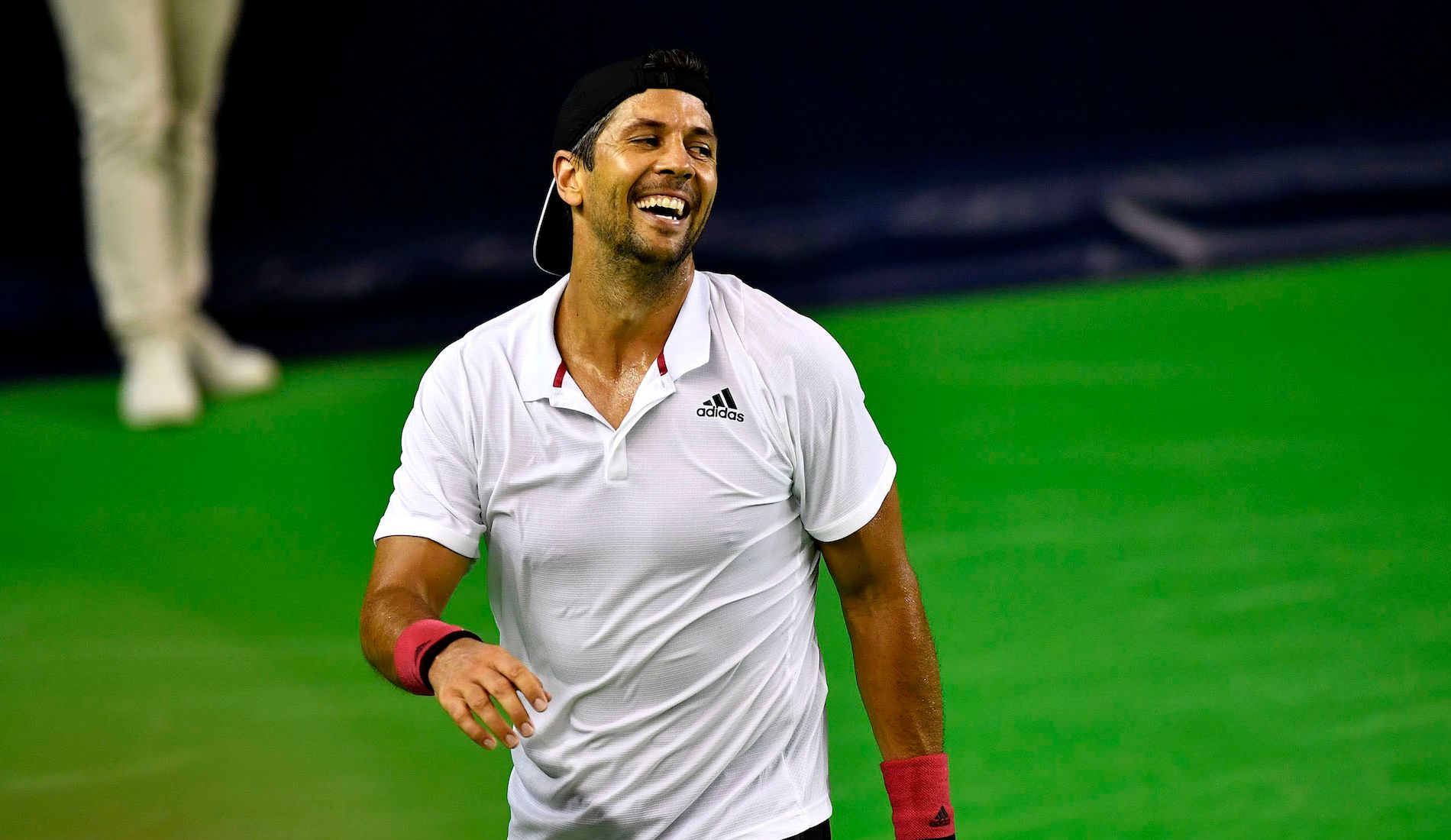 Fernando Verdasco, here was your first victory on Sunday…

I was lucky to win the first three quarters and to play the fourth a bit more relaxed. I’m obviously happy about the way I played: I played solid, I played well. I didn’t have much time to practice before this weekend so the level I played is very positive. I’m happy about this level, more than about winning or losing. I was not so much “Fuego” tonight (smile), I was more solid, trying to push hard and hit with my forehand when I had chances. But I was more trying to be consistent, and I had to be super focused.

It went better than your first match at the UTS, but how was the experience of that first time?

Well, it was good. Just that my coach and I didn’t understand the rules yesterday when they explained them to us and with two quarters to one up, and up in the fourth one, we both thought that you could only use the blue card with your serve. So I was only using them with my serve, I didn’t know you could use it with a return. And then just when it was like 20 seconds away, he used it with the return. Obviously I didn’t expect it because I didn’t know in the rules it was possible. And now he made a winner and he made one with two points with one, back in came in the quarter and I didn’t have the time to use mine.

So it was a bad feeling but these kinds of things can happen. I didn’t serve well and the match went away. I think I paid the rookie card by not really understanding the rules (smile). But in the end, you know, I’m happy just with the way I played. I didn’t have the chance to practice a lot during the last few months. It’s my first match close to competition as possible. I obviously started with feelings that were not so good, but then I started feeling better. And, you know, it was better than that. It could be.

Verdasco : ” I lost the two months of the quarantine, plus another six weeks after that, that I had to stop.”

At which percentage do you think you are from your best tennis?

I had an injury in my leg for many months. I thought that it would go away during the lockdown, but when I started to practice and it was still there. So I lost the two months of the quarantine, plus another six weeks after that, that I had to stop. So obviously, it was not the best situation for me. I was expecting to be able to practice almost fully after the two months of quarantine, but then this pain stopped me for another six weeks.

And actually, I was not sure if I will be able to be here. So it was a last-minute decision, just a few days ago that I finally decide with my team to try. For how much I practiced and with how my body feels right now, I played well. Two days ago, practicing here for the first time here with Richard Gasquet, I was super scared of moving around the court. It was the first day for me to play points, even in a practice. So I have to say that today was a good day, even if things didn’t go the way I wanted in the end.

Can you describe the injury?

It was in the bone of my leg: I had edema in the right leg and it took a really long time to go away. Actually, it’s not 100 percent healed, but it’s almost, almost gone. That’s why I’m able to play but I have to be careful. I’m pushing but I can’t push 100 percent. So today I was at maybe let’s say 70 percent, 75 percent, trying to do things and see also how my body reacts with pain. I felt good on the march. Now let’s see when I get cold and everything, how I feel, and how I feel tomorrow.

How do you compare the sudden death with the tiebreaks for example?

At the end, it’s like just two points in a row: everything changes in just one shot. You feel the pressure of not being able to miss and in the end that pressure makes you miss more and play conservative so you don’t really play loose. But, you know, it’s a good format just to be fast and to entertain. So obviously the problem today was, was that blue card that he used in there in the return that I thought that he couldn’t. I was not expecting it at all, and then it changes the match. 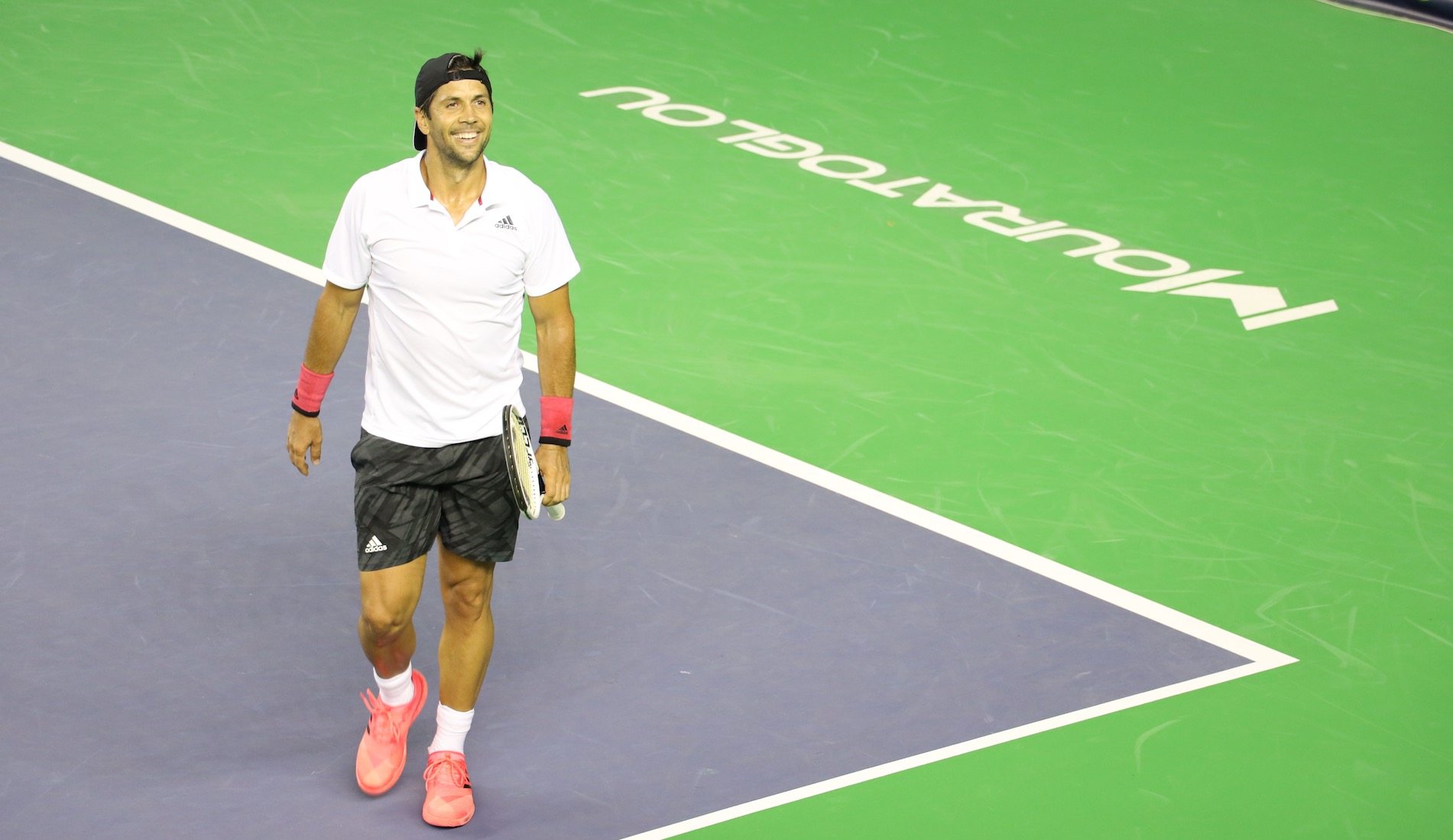