French minister of sports calls for up to 1,000 fans per court at Roland-Garros

While explaining that discussions are ongoing between health authorities and the French Tennis Federation, French minister of sport Jean-Michel Blanquer has confirmed Roland-Garros’ initial plans for public attendance at the 2021 tournament: 1,000 spectators per court when play begins on May 30 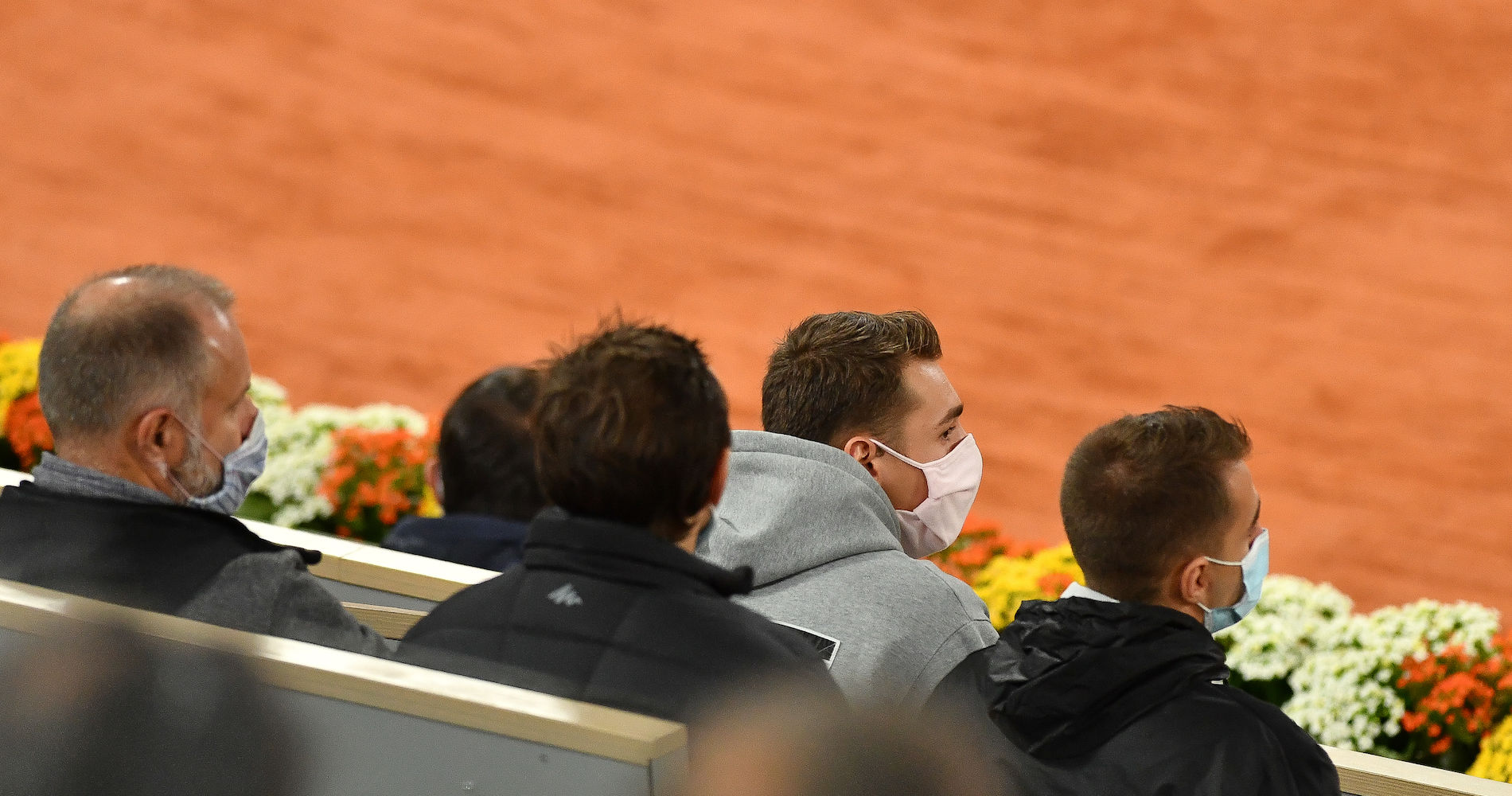 Jean-Michel Blanquer, the French Minister of Education, Youth and Sports, confirmed on Sunday that the state and the French Tennis Federation have refined the protocols for welcoming fans to Roland-Garros in 2021. Blanquer gave an interview on a public television sports program in which he provided details for the French Open’s plan.

The plan is similar to 2020, with a scaled-down number of fans being able to attend. However, it will not be exactly the same in 2021. Blanquer indicated that the maximum capacity will be 1,000 spectators per court — not 1,000 spectators on the entire grounds, as was the case last year.

Having been postponed a week, the French Open will now run from May 30 to June 13. Night sessions for much of the tournament are threatened by the French curfew currently stands at 9:00 pm. It will change to 11:00 pm on June 9. However, there could be a way in which tournament attendees could be exempt from the curfew.

Said Blanquer, “Are we able to invent some system with a pass for exceptions? We are having a look at that. I can add that we are driven by the sanitary situation at this precise moment, so we are working to create protocols in the frame decided by President Macron.”

Blanquer noted that having the vaccine is not a requirement to attend.

“The vaccine will not be mandatory to go there. But we are working on a sanitary pass with the European Union that might be used in the future. It will allow us to have thousands of spectators (in other stadiums) in June.”

That health pass could eventually become a new avenue through which to fill the stadiums.

“There is no compulsory vaccine (to attend Roland-Garros), but there is the health pass that is looming. With your Tous anti-COVID application, at the beginning of June you will have to show that you are either vaccinated or Covid-negative and that may be, in the future, a condition for entering the stadium. The health pass has a real future in sports for outdoor events; it will allow us to have thousands of spectators in the stadiums from June.”

For now, Blanquer stopped short of guaranteeing that fans will be allowed to attend night sessions prior to June 9 – which is the last day of the quarter-finals. At that point there is a chance that the capacity could be increased to 65 percent on each court – with a maximum of 5,000. That could end up being the number for the semi-finals and final, as well.

It should be noted that the incidence rate in Paris (number of positive cases per day per 100,000 people) was 250 in September of 2020 (the time of last year’s French Open) and now it has climbed to its current rate of 366.

Meanwhile, Tennis Majors has learned that the French Tennis Federation is hoping that by the time the tournament arrives, up to 12,500 people per day will be allowed on the grounds.