History-maker Cori Gauff showed a touch of class when she thanked Venus Williams for being an inspiration after beating her at Wimbledon. 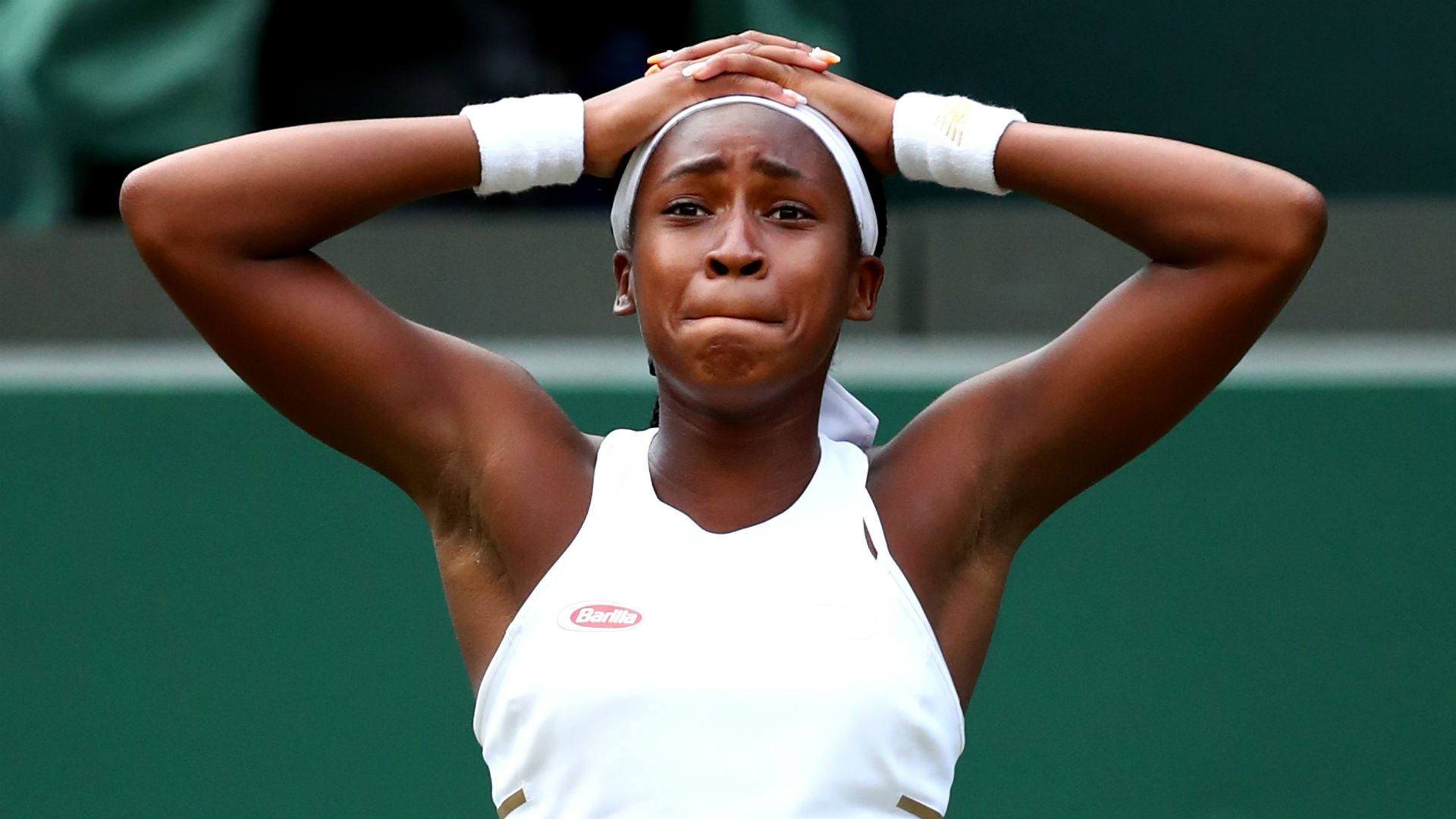 Cori Gauff was in dreamland after the 15-year-old sent shockwaves around Wimbledon by beating Venus Williams, while an emotional Naomi Osaka crashed out on day one.

Gauff became the youngest player to qualify for the grass-court grand slam in the Open Era last week and stunned her idol Williams 6-4 6-4 in her first main-draw match at a major on Monday.

Osaka was unable to join American prospect Gauff in round two, Yulia Putintseva beating the second seed 7-6 (7-4) 6-2 at the All England Club.

Magdalena Rybarikova will be teenager Gauff’s next opponent after the Slovakian toppled 10th seed Aryna Sabalenka 6-2 6-4.

Simona Halep was troubled by her knee and Achilles, but the former world number one battled past Aliaksandra Sasnovich 6-4 7-5, while third seed Karolina Pliskova and eighth seed Elina Svitolina defeated Zhu Lin and Daria Gavrilova respectively.

Caroline Garcia, Marketa Vondrousova and Daria Kasatkina were the other seeds to fall on the opening day at SW19.

“I told her thank you for everything that you did. I wouldn’t be here without you. I always wanted to tell her that.”

Gauff produced an astonishing performance on the renovated No.1 Court and the world number 313 was reduced to tears after dumping out 39-year-old Williams.

Williams had won Wimbledon twice by the time Gauff was born, but it was the youngster who came out on top in the battle of the generations after making only eight unforced errors.

“This is the first time I ever cried after winning a match,” Gauff told BBC Sport. “I never thought this would happen. I don’t know how to explain it. I’m literally living my dream. Not many people get to say that.

“When we shook hands she told me congratulations and to keep going and good luck. I said, ‘Thank you for everything you’ve done.’ I wouldn’t be here if it wasn’t for her.”

ALL TOO MUCH FOR OSAKA

Osaka cut her press conference short after losing to an inspired Putintseva as the two-time major champion was “about to cry.”

The Kazakh maintained her perfect record against the US Open and Australian Open champion with an inspired display, Osaka paying the price for 38 unforced errors.

The Japanese struggled on grass once again in a tournament where she has not been beyond the third round, losing to Putintseva for the third time last than two weeks after she got the better of her in Birmingham.

Q. How do you go about sort of restoring your confidence after this? What do you do over the next few days to pick yourself up? Who helps you do that?

NAOMI OSAKA: I don’t know. There are answers to questions that you guys ask that I still haven’t figured out yet.#Wimbledon

Seventh seed Halep fell awkwardly during her encounter with Sasnovich on the same court where Gauff later stunned Williams.

The 2018 French Open champion needed treatment after overextending when she fell to the turf but was able to solider on with her left ankle strapped.

Romanian Halep said: “It’s okay in this moment. But I need to do the treatment. I feel a little bit. I think it’s a little bit stretched, the muscle behind the knee, and also the Achilles. Hopefully is nothing dangerous and I can recover until the next match [against compatriot Mihaela Buzarnescu].”