How to come back after Covid-19 – another challenge for Medvedev

Daniil Medvedev will return to competition on Wednesday in Madrid, three weeks after testing positive for Covid-19 prior to the Monte-Carlo Masters. Judging from other players who previously had the virus, the process of getting back in peak form could take some time. 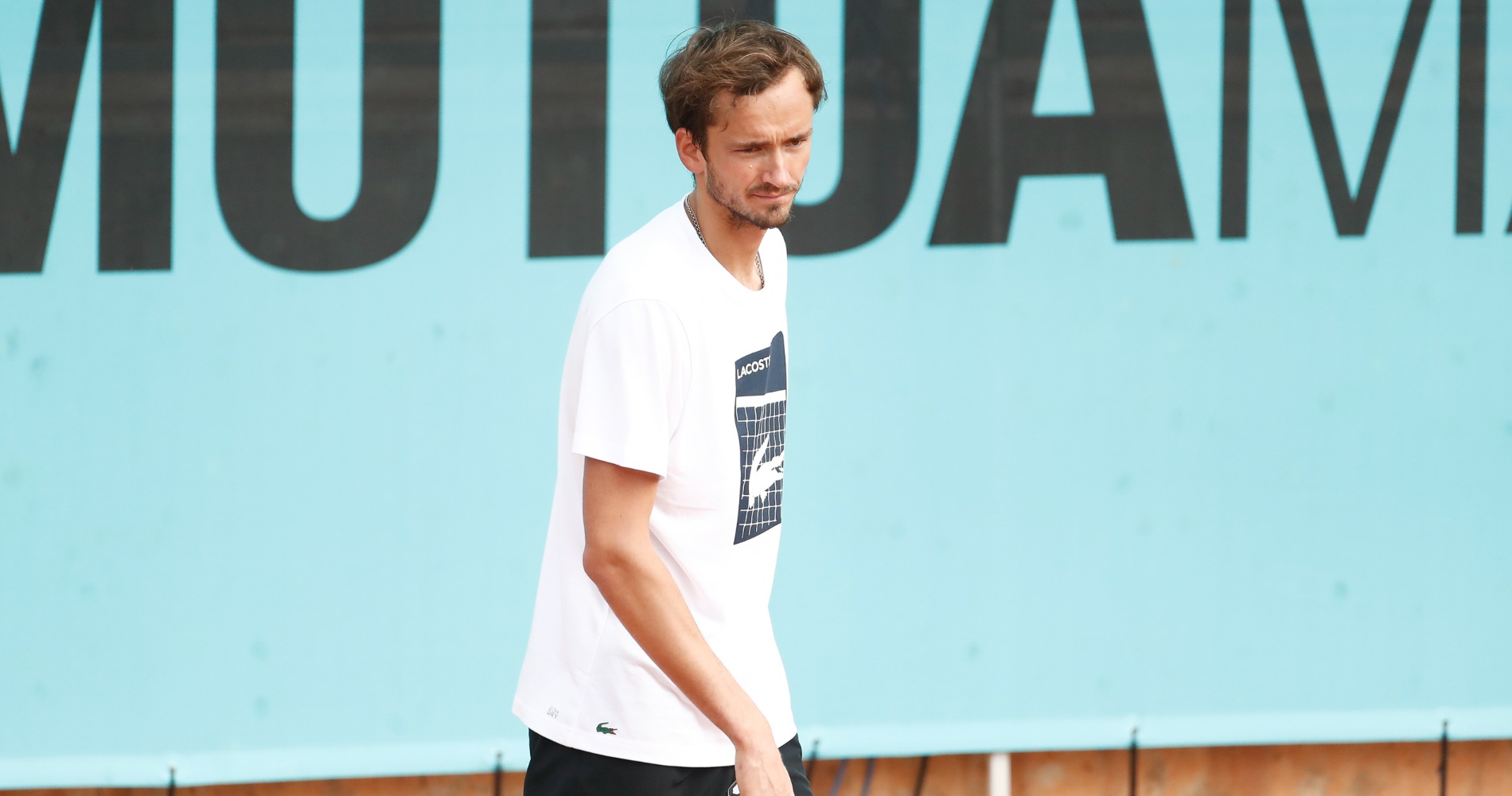 Daniil Medvedev is ranked third in the world and seeded second at the Mutua Madrid Open, and yet it seems that he will face a huge challenge on Wednesday. That’s when Medvedev will kick off his campaign against either Pierre-Hugues Herbert or Alejandro Davidovich Fokina. The Russian has never won a match in the Spanish capital, and he also hasn’t won one in Rome or at Roland-Garros. His stated objective for each of those three tournaments – which constitute his entire clay-court season – is therefore modest: simply to win one match.

We have already seen Medvedev reach two Grand Slam finals (US Open 2019, Australian Open 2021). However, his clay-court aspirations are very different by comparison because he has never been fond of clay. Medvedev will admit that, even though he was a semi-finalist at the Monte-Carlo Masters in 2019 (beating Novak Djokovic and Stefanos Tsitsipas) and also a finalist in Barcelona the same year.

“My shots, my movement, (and) my physique don’t suit the dirt, and I don’t think that will change,” he explained. “The first time I played on it, I hated being on the court – which is very rare with me.” 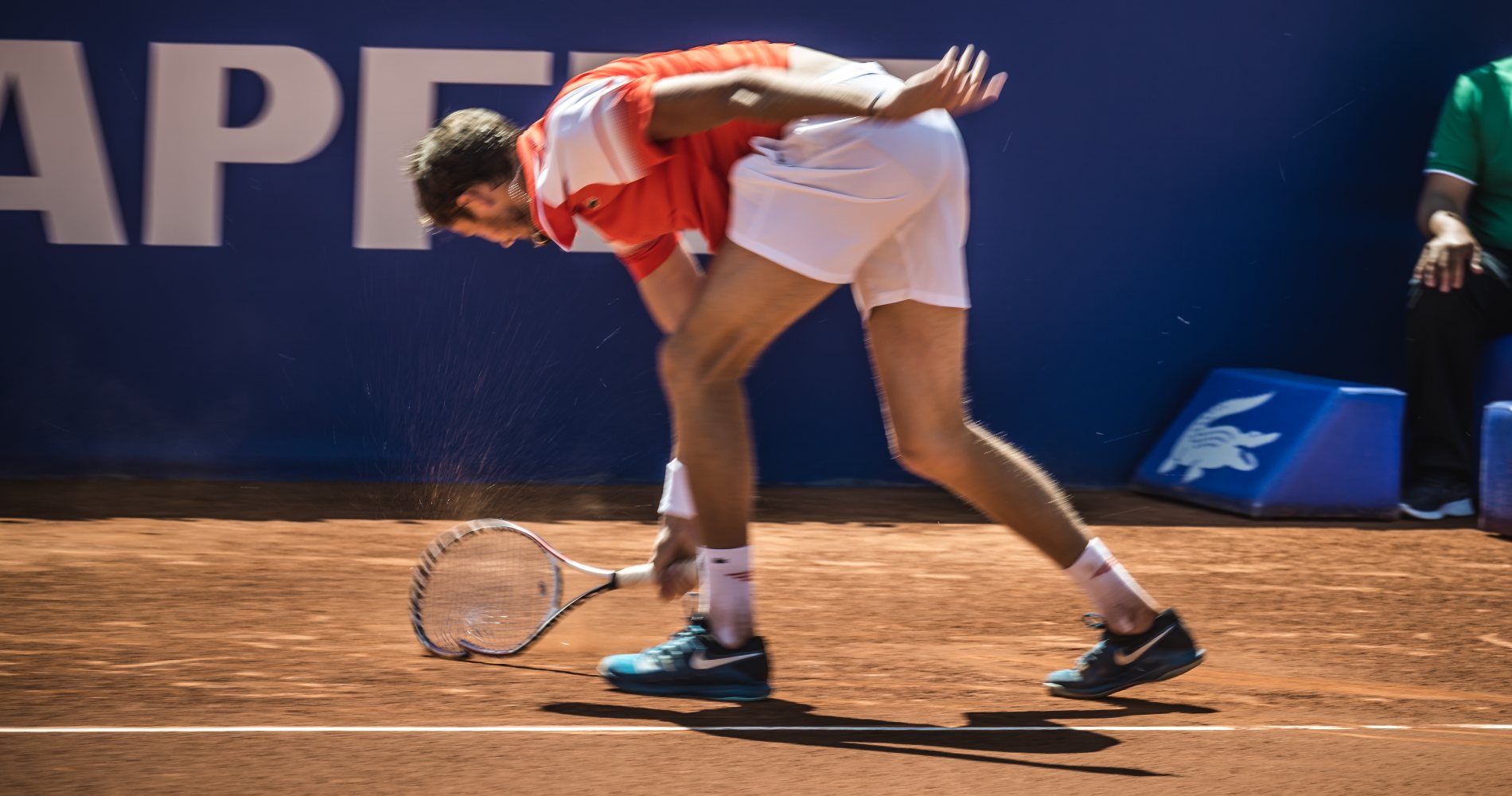 It’s true, no one can deny that the Russian needs more time to adapt to clay than he does to other surfaces. And time is not something he will have much of during this year’s clay season following a positive Covid-19 test on April 12 prior to the Monte-Carlo tournament. That forced him to withdraw from the first clay-court Masters 1000 event while also isolating himself.

Medvedev: “Ten days in my bed”

Medvedev’s case was certainly not a false positive, judging from the symptoms he experienced afterwards – which sidelined him for about 10 days.

“It was like a bad cold, a stuffy nose, and a tight throat; a feeling of weakness for a few days,” he reflected. “Not more than that. But the return to training was not easy after having to stay at home for 10 days in lying around in my bed.”

The world No 3’s physical trainer, Eric Hernandez, confirms that his charge is still far from his optimal level, and that things could take some time to get back on track.

“We’ve just had a good week of training, but we haven’t reached the maximum effort he was able to produce before. He’s not ready for that yet. In my opinion, he needs at least another week or two to get back to the right physical level. After ten days off, we have of course lost some muscular dynamism. And Covid can make things more complicated on the cardio level.”

It is impossible to know exactly how many players have contracted Covid-19 since the start of the health crisis. But there are about 30 who officially declared it, including the first: Brazilian Thiago Seyboth Wild on March 25, 2020.

Some have recovered very quickly, while others had more trouble – like Grigor Dimitrov. The Bulgarian has been one of the most affected in terms of symptoms, as he had told Tennis Majors during an exclusive interview last July.

“I think it’s different for everyone. I was not breathing well. I was tired. I had no taste; no smell. Everything you could possibly think of. So it was no fun…I’ve lost about three kilos, so the buildup for me is gonna take time.”

It is not easy, especially in these conditions, to quickly and sustainably find a path back to the top level. Plus there are possible side effects of Covid-19, which can be more difficult to anticipate. Since his illness Dimitrov has regained decent form and results, but he has also experienced some low points. He has been up and down really throughout his career and right now he is down, as a recent slump continued with a Madrid first-round loss to South African Lloyd Harris on Monday.

The struggles of Gasquet, Wawrinka, and others

We could also note the trials and tribulations of Richard Gasquet, who was forced out of Monte-Carlo because of “complications related to Covid.” That only added to the woes of a player who has been plagued by physical glitches here and there throughout his career. Meanwhile, Stan Wawrinka recently had an operation on his left foot after contracting Covid-19 during the Christmas holidays.

There is also the case of Karen Khachanov, who has endured a very disappointing season after contracting the virus during his preparation for 2021. David Goffin was dragged down by psychological fatigue after having coronavirus in October. Kei Nishikori, who tested positive last August and missed the US Open, continues to deal with other issues.

It was so nice to have you here, @keinishikori!

We hope to see you back in our tournament to finally meet our fans! pic.twitter.com/UOVNs2tt3L

Admittedly, Nishikori – who underwent elbow surgery at the end of 2019 – was already on the downward slope when Covid-19 struck him. Given the rigors of the tour and the difficulties they present, it is difficult to know to exactly how much of various players’ physical problems can be attributed to Covid-19. There is no certain link between the virus and players’ struggles, but it does make you wonder.

There have been a few examples on the WTA Tour, such as Madison Keys. She missed the start of the year because of a positive test. Marketa Vondrousova, who was forced to withdraw from her home tournament in Ostrava last October because of Covid-19, is a shadow of the player who was runner-up at Roland-Garros in 2019.

Additionally, Simona Halep and Fiona Ferro also had Covid-19 last October. They have since seen their results decline slightly. Bianca Andreescu tested positive last week and was therefore forced to withdraw from Madrid.

Going back to Medvedev, there is some good news. The most important thing is that he now feels very healthy. Otherwise, as he said, he would not have hesitated to skip Madrid and postpone his return until Rome.

The Russian is counting on several factors to help him in his return: training that has intensified in recent days, a victory in doubles alongside Brazilian Marcelo Demoliner, and conditions that may suit him more in Madrid than at other clay-court tournaments

“Here it is a little closer to the hard courts,” he pointed out. “The altitude (the Caja Magica is perched at 667 m) means that the conditions are faster, which favours the big servers. We can see it; the clay-courters often have a little more trouble here than elsewhere.”

It’s up to Medvedev, therefore, to not play like a typical clay-courter. And that definitely shouldn’t be a problem for him. 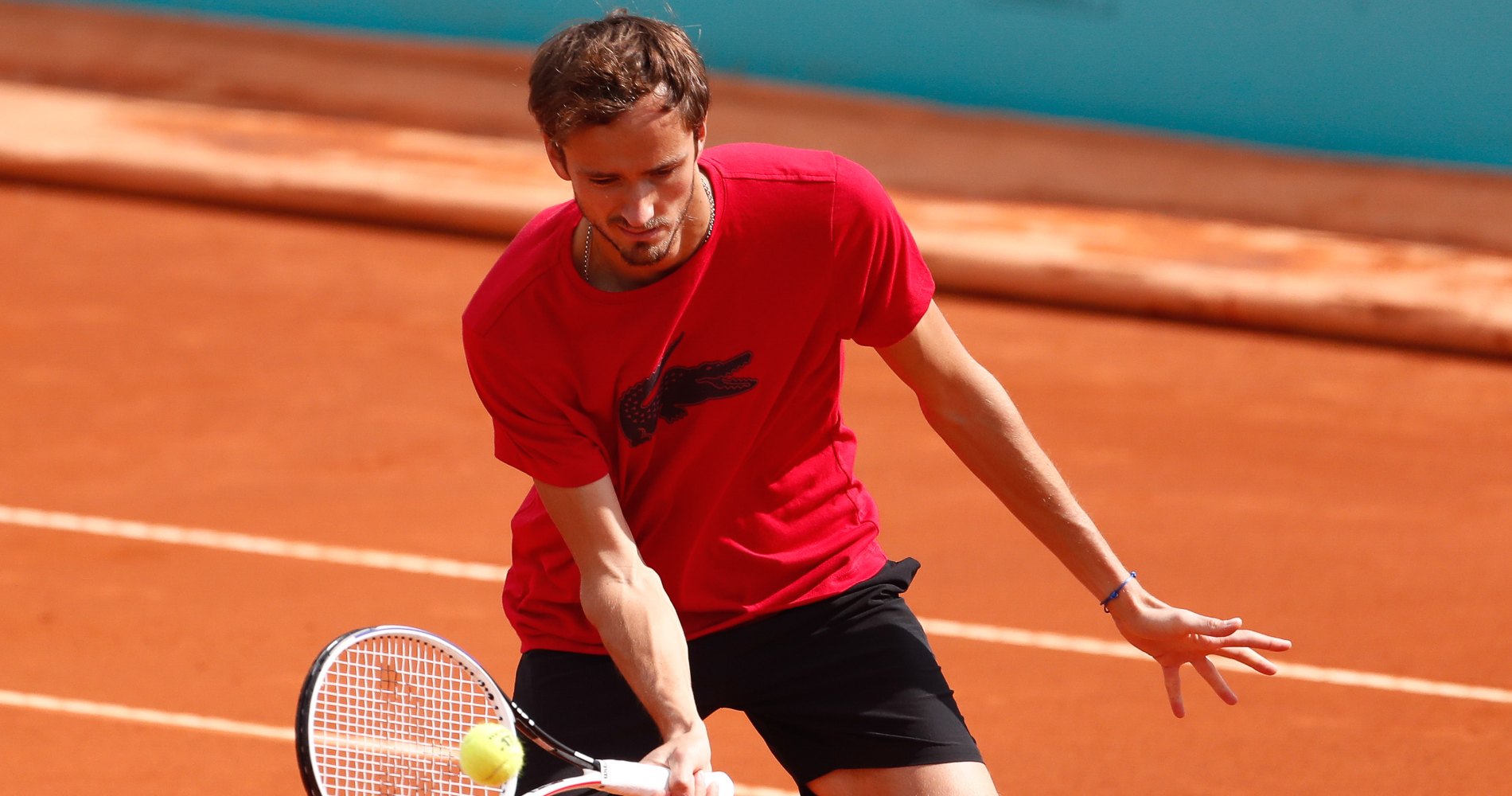