Andy Murray was outclassed by top seed Matteo Berrettini at Queen’s Club on Thursday, but the two-time Wimbledon champion is eager to see what his game looks like with some more match play under his belt. 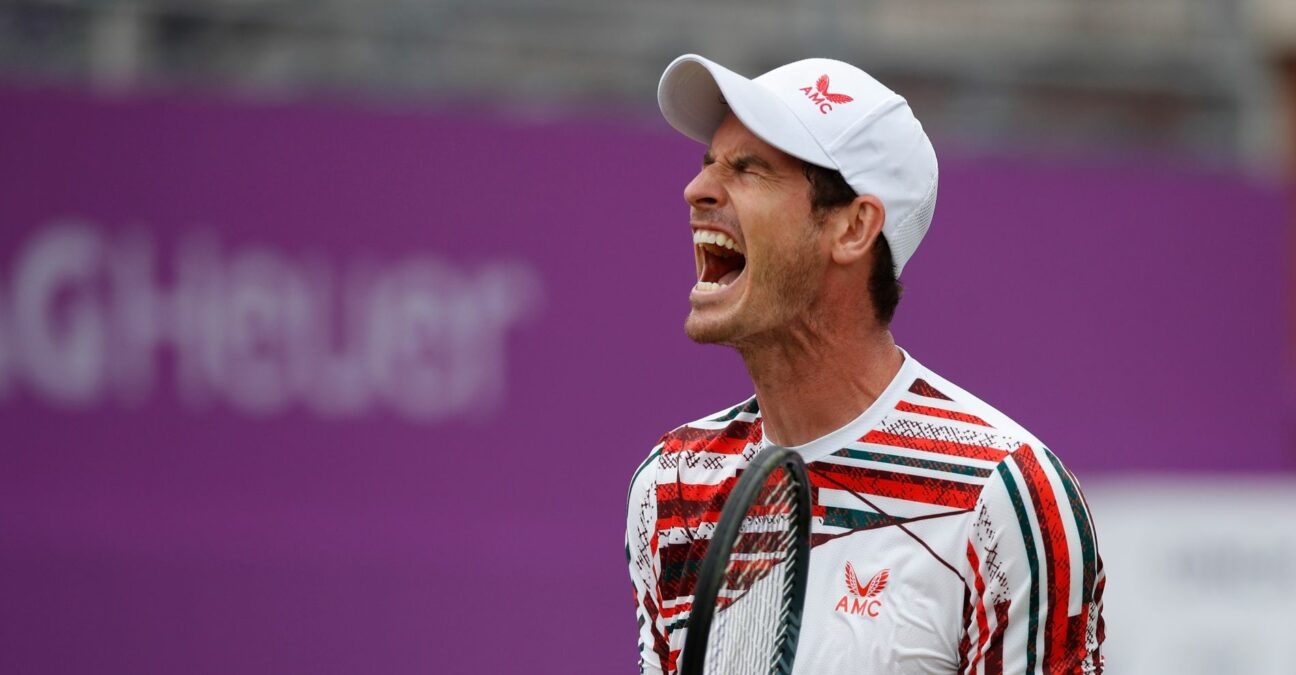 Andy Murray‘s road back to his beloved grass has been long, but the five-time Queen’s Club champion showed some great form in his two matches at this year’s Cinch Championships in London, and he believes there is more to come – if he can just stay healthy and get more matches under his belt.

He entered this week with just three matches to his name in 2021 – and one victory – thanks to injuries and a positive Covid-19 test that slowed his progress in February.

“I played two sets in preparation for this event,” Murray said after falling to Matteo Berrettini 6-3 6-3 on Thursday at Queen’s. “You know, it’s not very much when you haven’t played matches since March. I do feel like I genuinely have been hitting the ball well in practice, but then like today when you’re under a bit more pressure and stuff and you’re having to make very split-second decisions when you’re on the court, if the guy is serving 140 miles an hour, like, it’s difficult to prepare for that.”

He’s not out of the injury cloud yet. Murray told reporters that he is still struggling with an aching groin, and he’ll have to move forward to Wimbledon carefully, being sure that he manages the injury while simultaneously seeking practice with other top players.

“You just need to be on the court with the top players, and that’s what I’ll try and do the next week, ten days, get out there and play with them as much as possible. But then, you know, with the mindset or the thought that I need to manage the groin a little bit, as well. It’s a bit tricky.”

A positive return to grass

Murray played his first singles match on grass since 2018 at Queen’s, and was able to notch an impressive win over Benoit Paire in straight sets on Tuesday to build his confidence. But today’s matchup with Berrettini left him out of sorts at times. The top-seeded Italian consistently hammered serves in the high 130s and tested Murray’s ability to read and react at the highest level.

It wasn’t perfect for Murray, but nevertheless it was a positive experience.

“I came out a little bit tense,” he said. “I did create a few chances on his serve. He served huge, to be fair to him, behind his first serve, but I still created a few breakpoints, a few 15-30s, got to deuce a couple of times I think as well and had some second serves and stuff.

“I just didn’t play that well. Obviously against the top players you’re not going to get loads of opportunities on the grass, especially when someone is serving like that. You need to be right on it. I wasn’t today.”

Murray says that the desire to make himself better on a daily basis has not left him. The 34-year-old is not happy with a round of 16 loss to the top seed at a tournament he used to own, and he wants to continue to improve his form so that he can start to be an impactful player on tour again. It’s in his tennis DNA.

“I’m not sitting in the locker room after a match and going, ‘Oh, you know, that was a shame that, you know, doesn’t really matter, and, you know, I’m just happy being out there.'” he said. “I’m not happy losing 3 and 3 to Berrettini today. I want to be doing better than that, for sure.

“So, no, my sort of application and desire to improve and work on things off the back of matches and learning like from today is still there. And let’s see. Let’s see what happens if I get the opportunity to play more matches and get the chance to play him potentially in a few weeks’ time.”