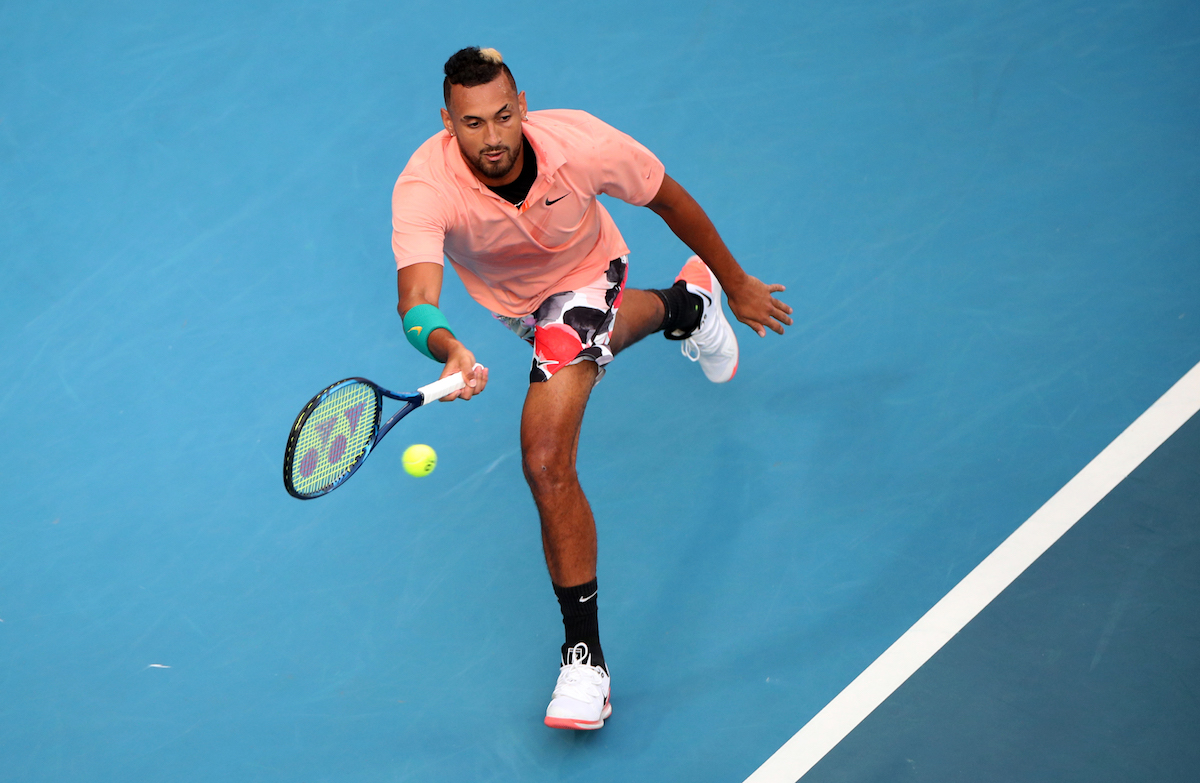 There’s the straight line. The scenic route. And then there’s the Kyrgios maze. Only him could have taken it today and made it out alive in this tournament.

Up two sets and a break on Karen Khachanov, who had done battle during 4 hours and 35 minutes to scrape past Mikael Ymer in the previous round, the match was clearly Kyrgios’ to lose.

But it wasn’t filled enough with drama for his liking. So Kyrgios attempted a tweener at 4-2 in the third.

That’s the very moment things began to unravel for the Aussie, who lost both his tunnel-focus vision and his break in a matter of minutes. Next thing we knew, his lead was reduced to two sets to one.

He's PUMPED!@karenkhachanov saves a set point before taking the tiebreak 7-6(6) against Kyrgios.

Khachanov stepped into the breach and Kyrgios started to infuriate, arguing with the umpire over his bleeding elbow at 4-4 after another missed tweener attempt.

There's never a dull moment with @NickKyrgios on court 😮

First he plays an unnecessary failed tweener, then drama follows as he argues with the umpire over his bleeding hand

The pair headed to a second consecutive tiebreak to settle the set and Khachanov emerged victorious once again, sending the match to a decider for the Russian’s personal tenth set of tennis in two matches.

The fifth set paralleled the two previous ones: Kyrgios held his serve while creating a few opportunities here and there on Khachanov’s, to no avail. The inevitable final super tiebreak was set to provide the Melbourne Arena crowd with the perfect curtain-closer to a match full of animalistic rallies.

Kyrgios took a 3-0 right off the gates, only to see Khachanov come back to 3-3. The two tossed the lead back and forth like a hot potato until 8-8, where the Aussie took a mini-break advantage that would prove decisive.

Match point down, Khachanov missed a backhand wide and that was it: Kyrgios could fall on his back and celebrate one of the most defining wins of his career, without a doubt.

Kyrgios is through to the Australian Open Round of 16 for just the third time of his career (2015, 2018). On Monday night, under the Rod Laver Arena lights for the first time of the fortnight, he will face his self-imposed arch-rival, Rafael Nadal, in what will be the toughest ask of his career.

If he still makes it out alive, then it will be time to reconsider his chances at holding the trophy next Sunday.