Malek Jaziri was unable to trouble Novak Djokovic in Dubai, as the Australian Open champion won without facing a break point. 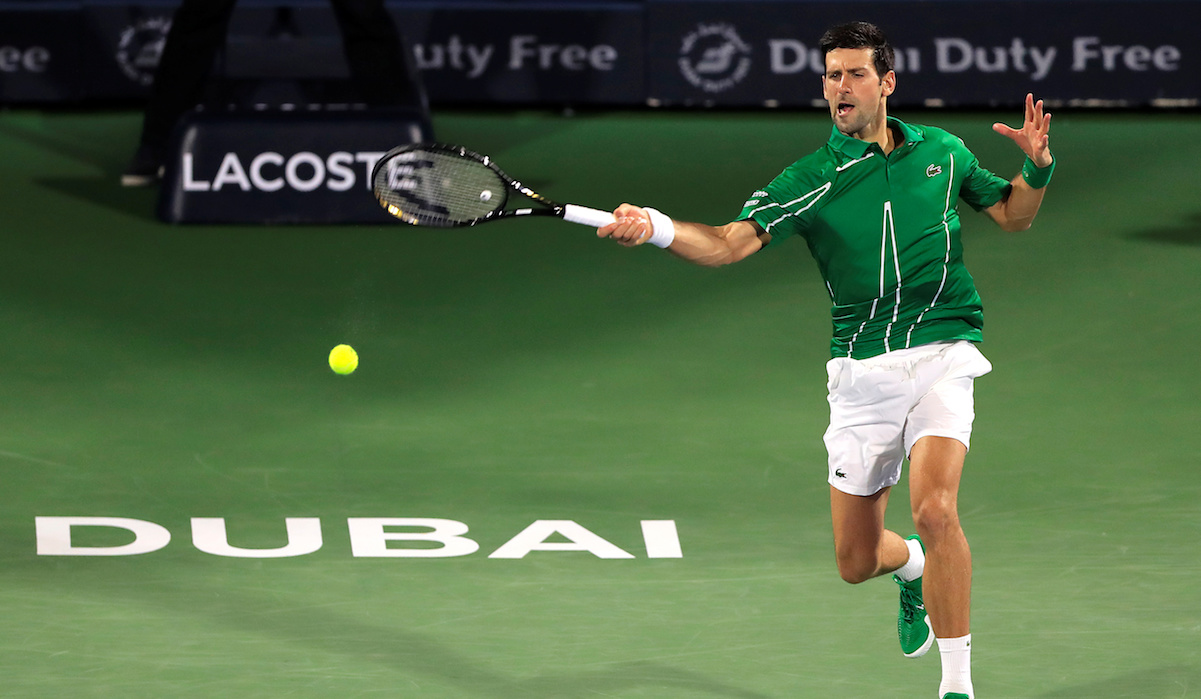 Novak Djokovic earned an emphatic win over Malek Jaziri at the Dubai Tennis Championships in his first match since tasting Australian Open success.

The world number one eased to a 6-1 6-2 triumph over Tunisian veteran Jaziri in a contest lasting one hour.

Djokovic and Jaziri had met once before in their careers, with the Serbian defeating him by an identical scoreline at the same tournament back in 2016.

Three weeks on from his dramatic five-set win over Dominic Thiem in the Melbourne final, Djokovic did not have to defend a single break point and converted four of his eight opportunities in a display that saw him hit 22 winners.

He raced into a 5-0 lead in the first set and while Jaziri – ranked 260 in the world – was marginally more competitive in the second, Djokovic sprinted to victory after breaking at 2-2, converting his first match point with his seventh ace.

“It’s a great way to start out the tournament,” said Djokovic. “I think I’ve done everything as well as I imagined it could be for the first match.

“Of course, there’s things that always can be improved, things that can be better. But I have to be satisfied with the performance.”

Elsewhere in the ATP 500 event on Monday, there were wins for Russian duo Karen Khachanov and Andrey Rublev.

Khachanov won 7-6 (7-2) 6-1 against Mikhail Kukushkin, while Rublev battled to a 6-4 6-4 triumph over Italian qualifier Lorenzo Musetti.

Richard Gasquet secured a hard-earned 7-6 (7-5) 6-4 victory in his contest with Lloyd Harris, while Philipp Kohlschreiber booked a round-two meeting with Djokovic when he recovered from losing the first set to eliminate wildcard Mohamed Safwat.

In the final match of the day, Gael Monfils continued his electric form with a 6-4 7-5 victory over Marton Fucsovics.

Monfils is eyeing a third straight tournament victory after his ATP Tour titles in Montpellier and Rotterdam this month.